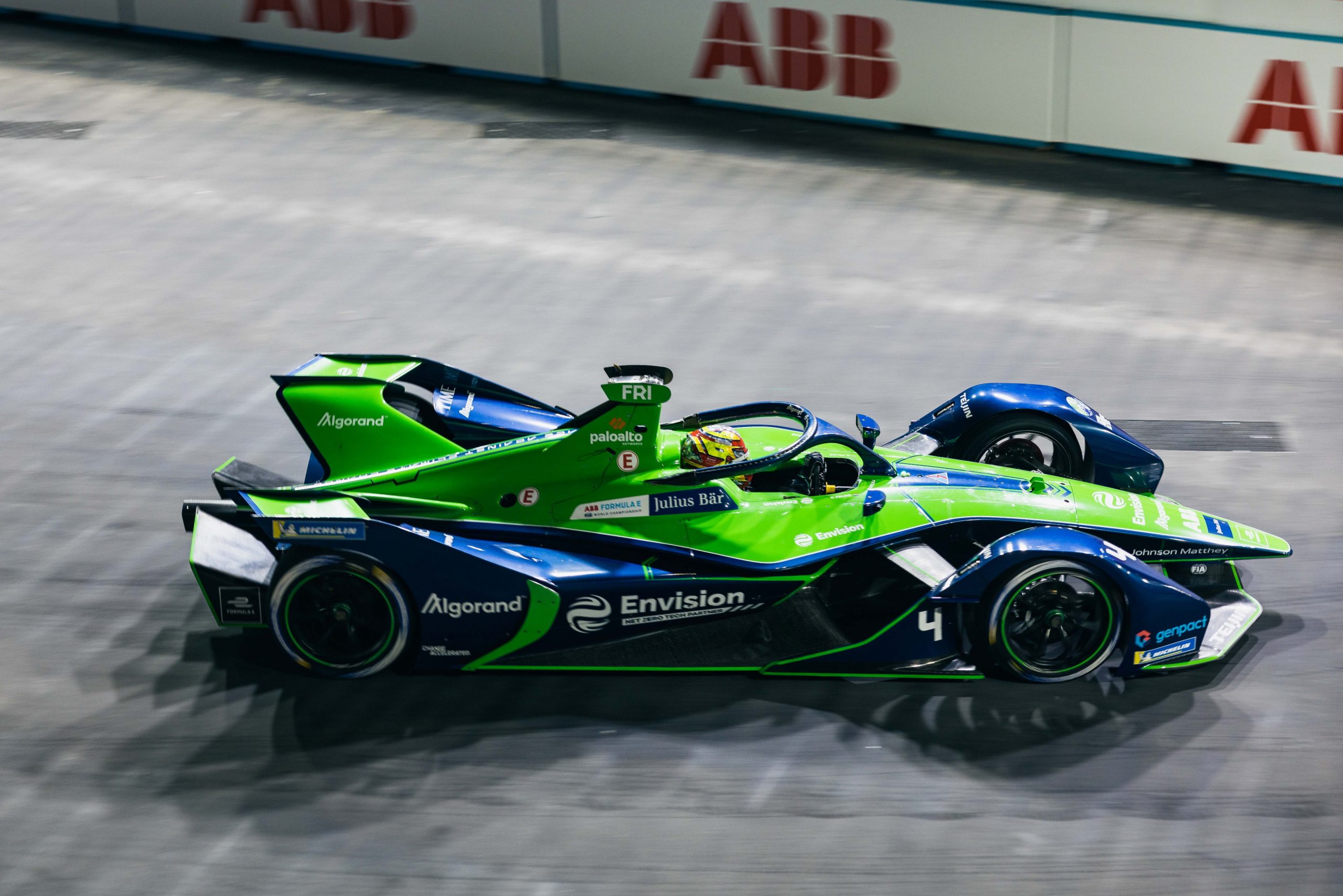 ENVISION RACING LOOK TO CLOSE OUT A THRILLING SEASON IN SEOUL

The 2021–22 ABB FIA Formula E World Championship comes to a close this weekend with a double-header E-Prix in the megacity of Seoul, and the Envision Racing team will be looking to go out on a high in the capital of South Korea.

After 14 dramatic races spanning nine countries both the Drivers’ and Teams’ championships will be decided on this brand new circuit, located in the shadow of the Seoul Olympic Stadium and Sports Complex.

Whilst realistically the Drivers’ Championship is a three-way battle between leading Mercedes driver Stoffel Vandoorne, Mitch Evans and Edoardo Mortara, there is still plenty to play for in the Envision Racing camp. Robin Frijns sits in seventh place in the standings, just one point behind António Félix da Costa, and the Dutch driver could leave South Korea on Sunday as high as fourth in the standings.

Frijns’ New York-E-Prix-winning team-mate Nick Cassidy meanwhile will look to end what has been a breakout second season in Formula E in style. The New Zealander scored his maiden victory in North America last month and followed it up with a podium finish at the London E-Prix. Currently sitting 12th in the standings, a top 10 finish is well within the Envision Racing driver’s reach.

In the Teams’ Championship, Envision Racing have their sights set on fourth place.

With two races remaining, the team are just 28 points behind Jaguar Racing, and a strong points haul in Seoul could see Envision Racing go one better than last year’s finishing position. 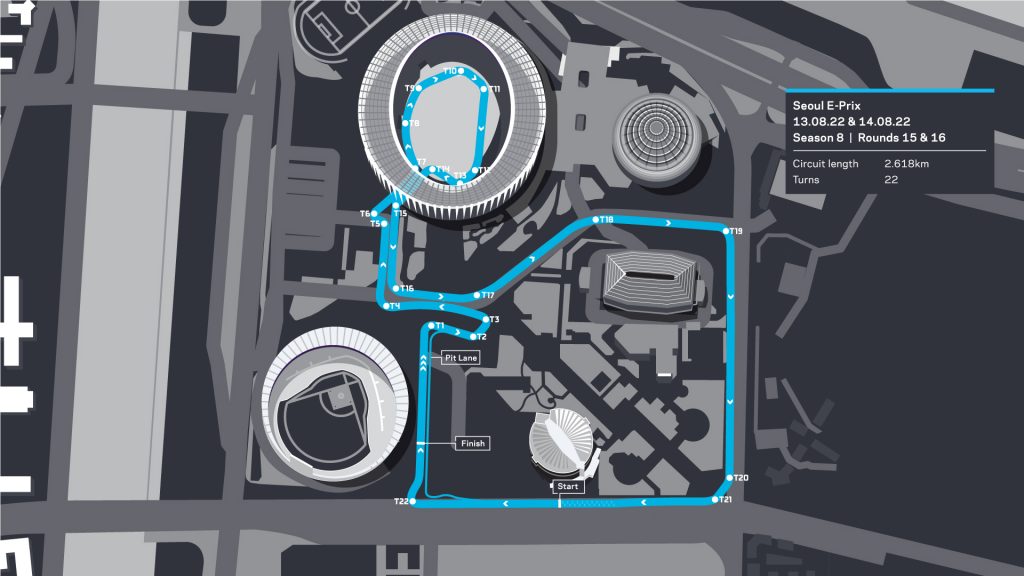 The race will mark South Korea as the fifth Asian country to host an E-Prix and signal a return to top level motorsport to the nation for the first time since a Formula One Grand Prix was hosted in 2013.

The global COVID-19 pandemic put paid to the first planned Seoul E-Prix, scheduled to take place in May 2021, but all systems are go in 2022!

Situated in the very place the 1988 Olympics were hosted, the lap starts with a tight and technical run before entering the Jamsil Olympic stadium where thousands of spectators will see the drivers do battle over the weekend.

The cars leave the stadium to negotiate a batch of sweeping turns leading to long straights connected by tight 90 degree turns as the circuit wraps around the Olympic park as the drivers scrap it out for position around the 2.6km, 22-turn circuit.

Under the roof of London’s ExCeL centre and alongside the River Thames Envision Racing were among the thick of the action as the penultimate race meeting of the 2021–22 ABB FIA Formula E World Championship.

Envision Racing’s Nick Cassidy continued his stellar late-season pace, bagging a third place in the first race of the weekend. Cassidy drove superbly, once again making the duels phase in qualifying to guarantee a top 10 start. From there, the driver of the number 37 car made his way up to fourth place as the chequered flag loomed, forcing Mercedes’ Nyck de Vries to partake in some pretty aggressive defending to hold onto third place.

A couple of hours after the dust had settled, race stewards judged de Vries’ driving to be too aggressive, slapping the Dutch driver with a post-race five second penalty and promoting Cassidy to another podium finish.

In Sunday’s E-Prix, it was Frijns’ time to shine.

Qualifying yielded little hope for the man from Maastricht who lined up 18th on the grid. Come the race however, Frijns showed why he is one of the best overtakers in motorsport, fighting through the field and ending up seventh, ensuring vital points for the Envision Racing team as it hunts for a top four finish in Seoul