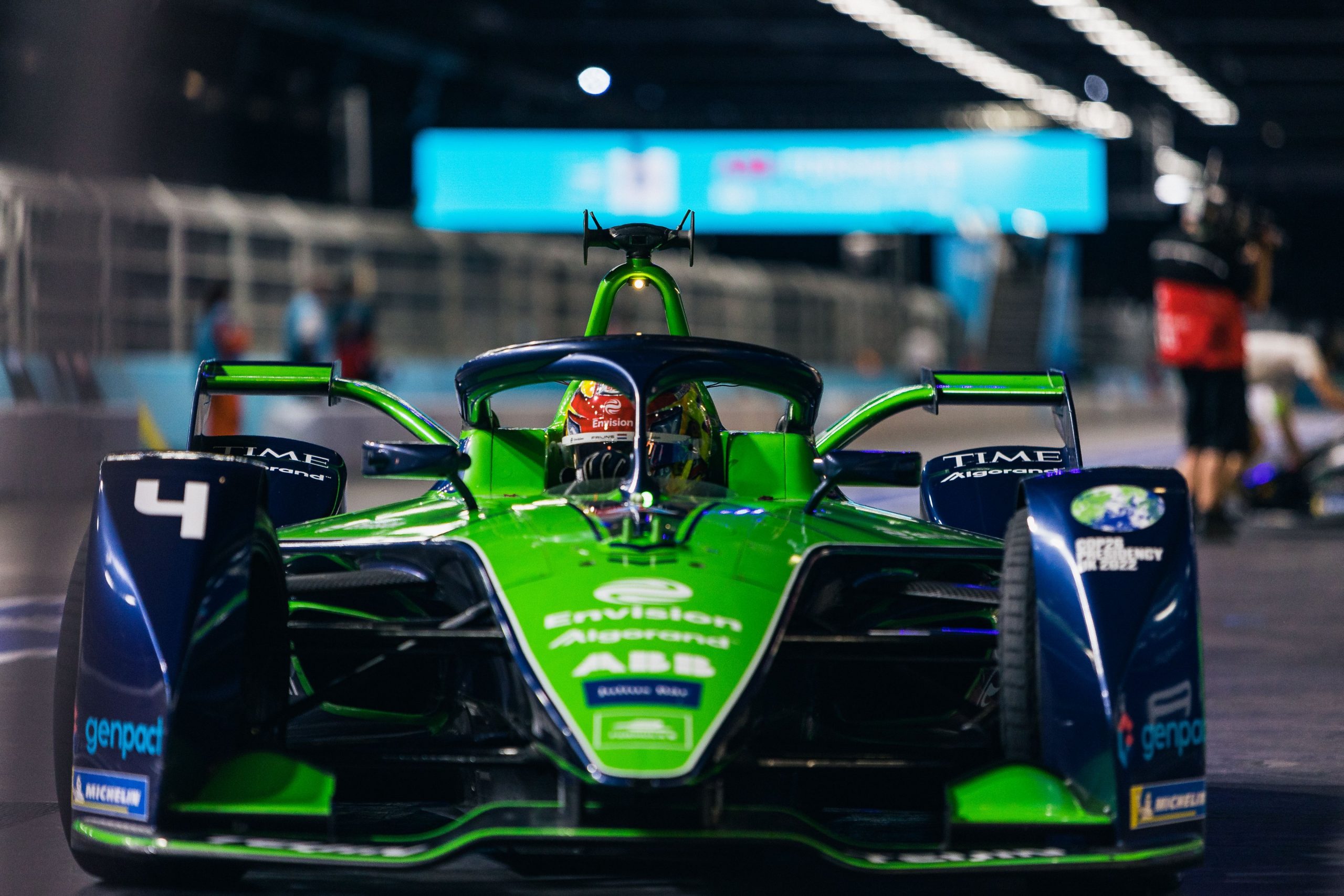 Envision Racing’s Robin Frijns ended his weekend in London with a battling performance, surging from 18th on the grid to seventh, as the team looks to end the 2021–22 Formula E World Championship with a strong showing at the double-header in Seoul, South Korea.

Following another appearance in the knockout phase of qualifying, Envision Racing’s Nick Cassidy followed up his excellent podium in race one and ended up seventh on the grid for the second consecutive day. By the end of a chaotic opening lap of the weekend’s second race, the Envision Racing driver held on to his position.

An early-race safety car, triggered by the stricken Jean-Éric Vergne, compressed the field after five minutes of racing with Cassidy sandwiched by Sébastien Buemi and Maximilian Günther, and team-mate Robin Frijns making progress, moving up from 18th to 16th.

Just shy of the 30 minute mark, Cassidy’s stellar weekend effectively came to an end with tyre issues. The Kiwi driver slipped down the order to 18th position as Frijns went the other way, running in 12th, as up front, race one winner Jake Dennis led from pole ahead of Lucas di Grassi and António Félix da Costa.

With 15 minutes of the race remaining, Frijns found himself in the hunt for points, holding 11th and chasing championship hopeful Edoardo Mortara, with Cassidy in 16th. A mistake from Mortara promoted Frijns into 10th, and a points-paying position with 12 minutes left on the clock.

Entering the final laps Frijns found himself in seventh and would end up in that position at the chequered flag. The result ensures a valuable six points in Envision Racing’s bid to consolidate fifth in the Team’s championship standings, and not for the first time Frijns displayed all his experience and race craft to make up positions throughout the course of an E-Prix.

Up front, Di Grassi ended up taking the spoils in London ahead of race one winner Dennis, with Nyck de Vries rounding out the podium places.

Robin Frijns moved forward 11 places to take home 6 points. Unfortunately Nick Cassidy had an issue with his tyre after a promising start to the race. pic.twitter.com/5Aosdr3mBE