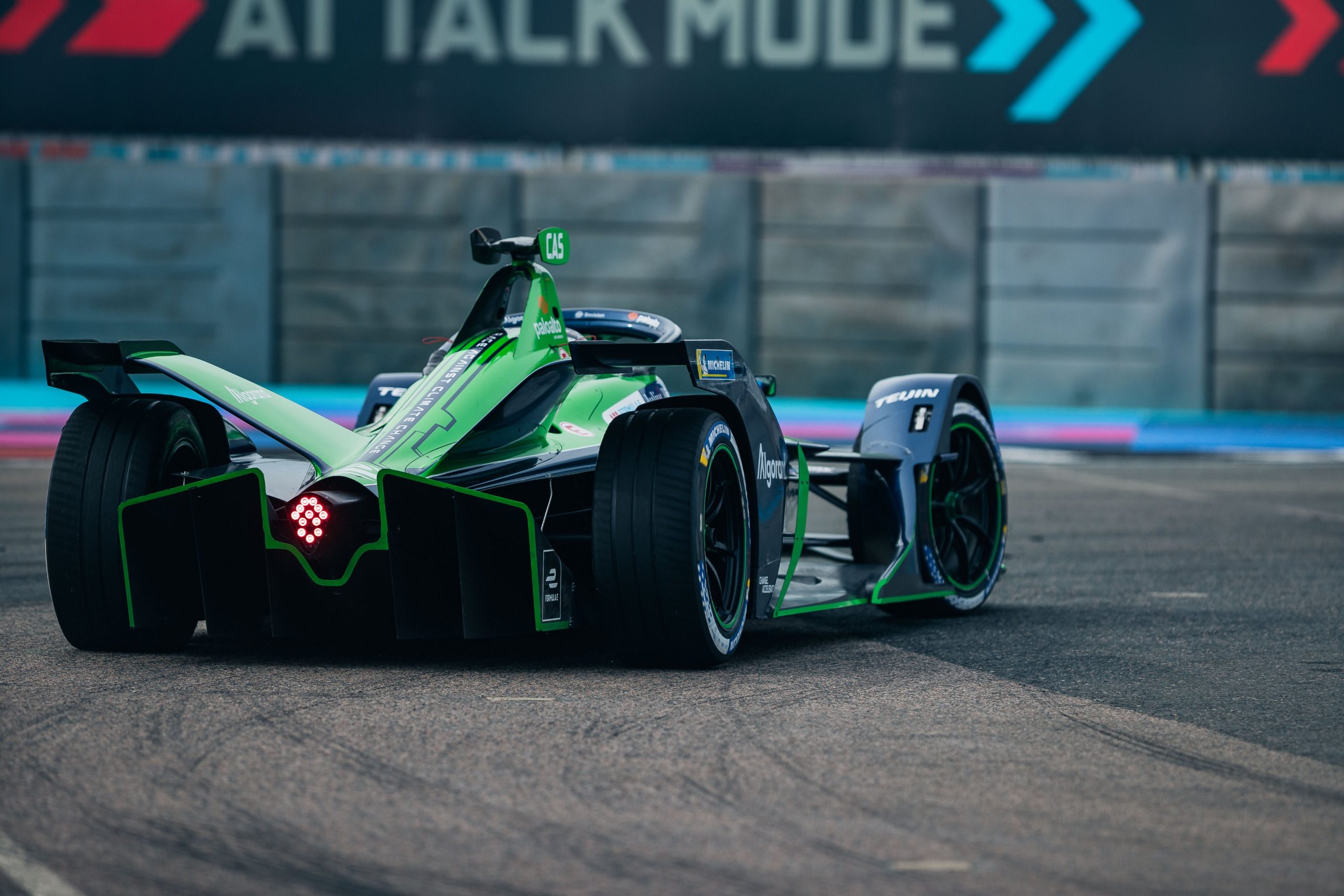 Fresh from a maiden Formula E victory in New York City, Envision Racing’s Nick Cassidy kicked off the double header weekend in London with a stunning third place, underpinned by a clever race strategy from his team.

Cassidy started seventh after once more showing stellar pace in qualifying. In the race, by opting to take later Attack Mode phases he combined the additional power mixed with a couple of seriously slick overtaking moves to finish fourth on the road after a tense and very physical late-race fight with Nyck de Vries.

But that wasn’t the whole story. The scrap proved too physical for the stewards and de Vries was slapped with a post-race penalty, handing a deserved return to the podium, and ensuring more precious points for both Cassidy and his team.

Leading the way in the opening qualifying session, and picking up from where he left off in New York, Cassidy ended up being shuffled down to third, but crucially made the knock-out phase once again. Sadly, the Kiwi racer couldn’t repeat his heroics of two weeks ago, losing out to de Vries to line up seventh, with team-mate Robin Frijns in 10th. 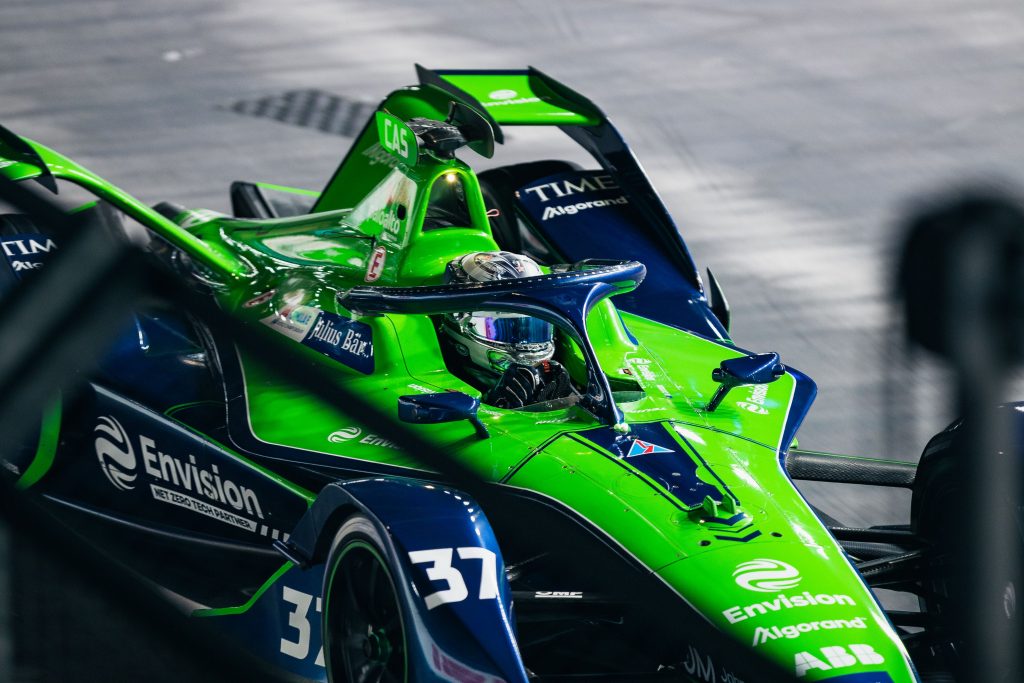 Starting under the roof of ExCeL London, by the time the field made it out into daylight both Envision Racing cars managed to avoid first corner carnage, with Cassidy holding onto seventh and Frijns moving up one place to ninth.

As the race settled down, André Lotterer in the Porsche loomed large in Cassidy’s mirrors, sandwiched by the Envision Racing duo, as up front, pole position-winner Jake Dennis held onto first place ahead of Stoffel Vandoorne.

Frijns took his first Attack Mode phase with just shy of 37 minutes remaining, allowing the Dutch driver to regain ninth after momentarily losing track position to Sébastien Buemi, and set an early fastest lap, eventually cycling up to eighth ahead of Lotterer.

Running in sixth, Cassidy went for a relatively late Attack Mode with 28 minutes remaining, losing out to Maximilian Günther, but immediately repassing the German driver for sixth in what would prove to be a crucial strategic move.

As Lotterer and Frijns engaged in some close-quarter duelling, Cassidy reeled in fifth place man Oliver Askew and applied serious pressure on the British driver. Cassidy was unable to make the move on Askew, however Envision Racing call’s to take a late initial Attack Mode allowed the driver of the number 37 machine to keep with the top five approaching the final 20 minutes of the E-Prix.

As expected, Cassidy elected to take his second Attack Mode later than the rest of the top six as the race entered its final 15 minutes. Once again, the additional power allowed the Envision Racing man to catch Askew once more with designs on Sérgio Sette Câmara in fourth.

A lovely move from @NickCassidy_ as he moves into the top five! 👏

Cassidy made light work of Askew, passing via a superb move at the chicane and pinning his car to the rear of Sette Câmara’s Dragon Penske car. One lap after his move on Askew, Cassidy repeated the overtake at the chicane, this time on Sette Câmara to take fourth.

With 10 minutes remaining, next on Cassidy’s list was de Vries in the Mercedes.

In a thrilling closing couple of laps Cassidy absolutely heaped the pressure on de Vries in a thrilling battle for the final podium place, forcing the Mercedes driver to resort to strong-arm tactics in defending his third position.

Just when it seemed, a return to the Formula E podium was dashed for the New Zealander, a statement from the race organisers a couple of hours after the chequered flag handed de Vries a five second penalty for his over zealous defensive driving, giving Cassidy another podium.

Ahead of Cassidy, Dennis capped a dominant victory on home soil ahead of Vandoorne. Envision Racing’s Frijns endured a frustrating afternoon, ending up 11th, but will have a chance to improve in Sunday’s E-Prix.

A tense battle in London as Nick tried to force his way onto the podium. Still a great performance after he moved forward 3 places. pic.twitter.com/s3YMMV2djF