OBSESSION BORN OF NECESSITY: ENVISION RACING IS READY FOR THE GEN3 ERA 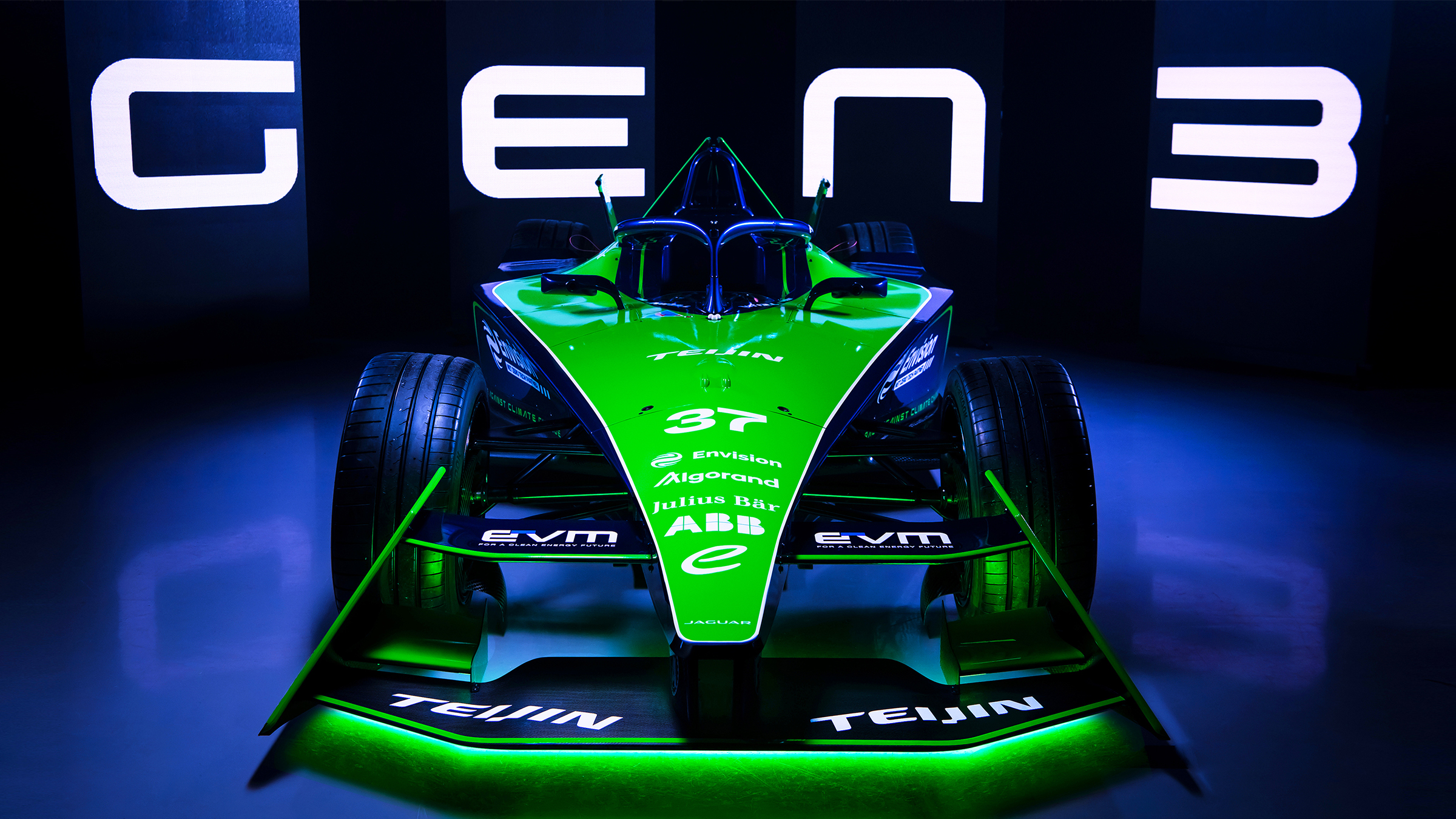 In 2023 the ABB FIA Formula E World Championship kicks off its ninth season of all-electric, top class motorsport action, and series founders and front-runners Envision Racing are back with a bright new livery and a star-studded driver line up.

Fittingly, the team’s new Jaguar I-Type 6 machine is bright green, visually underlining the fact that Envision Racing are the most active and vociferous advocates of the sport’s green and sustainable message.

Formula E is the first global sport to achieve net zero, and using this platform, Envision Racing is pushing to make electric mobility and renewable energy a global reality. Both on and off the track, Envision Racing is showing the benefits of electric vehicles and their ability to revolutionise everyday transportation.

Central to Envision Racing’s new green racing machine is a brand new powertrain  brought about via a bold multi-year partnership with iconic carmaker Jaguar Land Rover. Envision Racing will look to maximise the benefits reaped from this new phase for the team as the sport of Formula E enters its fastest and most competitive era…Gen3.

January’s Mexico City ePrix will see the dawn of the Gen3 era of Formula E. In short, the cars will be lighter, faster, more efficient, and the technologies featured will be more advanced, with the on-track action set to be closer than ever. In the final season of Formula E’s Gen2 era, Envision Racing signed off in some style. Driver Nick Cassidy took a hard-fought and memorable maiden victory on the streets of New York, and will look to add to this, as well as his four pole positions, in his third season with the team.

In 2023, Cassidy will be joined by Sébastien Buemi, a man hungry to notch up some more achievements in his glittering career.

Buemi is a bona fide motorsport legend. The Swiss driver joins Envision Racing at this exciting time with a Formula E title, 29 podiums and 13 ePrix victories to his name. He also comes complete with Formula One experience, four 24 Hours of Le Mans victories and three FIA World Endurance Championships.

For Envision Racing, it isn’t just about winning and innovating on track. The team are committed to being a positive impact business, inspiring and empowering generations to tackle climate change. Energised by this momentum, the entire team will be combining the serious business of cut-throat motorsport competition alongside tackling the climate emergency.

The Gen3 era’s technological advancements and innovation as well as Envision Racing’s Race Against Climate Change™ platform is primed to engage and excite fans in the e-mobility revolution and build climate positive actions.

Sylvain Filippi, Managing Director & CTO Envision Racing said of the launch: “We have officially entered the Gen3 era – the most advanced electric racing car ever built. This car proves that high performance, efficiency and sustainability can co-exist without compromise.

For Envision Racing, this reaches beyond our competition on the track. This innovation and ingenuity goes to the heart of our mission – demonstrating the exciting capabilities of an electric future and tackling the climate crisis head on.”

With the dawning of an all-new faster and more sustainable era of Formula E, Envision Racing are ready to take on the challenge of Gen3 and tackling climate change. From Mexico City to Cape Town, and from Jakarta, Monaco and London, Buemi, Cassidy and the whole team will be gunning for more victories as they push the boundaries of the world’s fastest electric-powered racing series.

Envision Group’s Franz Jung and Chairman of the Board of Envision Racing added: “This is a momentous moment for our team and the future of electric racing and green mobility. Gen3 provides a new platform to share and inspire generations to tackle climate change and accelerate the transition to renewable energy, supporting Envision Group’s mission to solve the challenges for a sustainable future.”