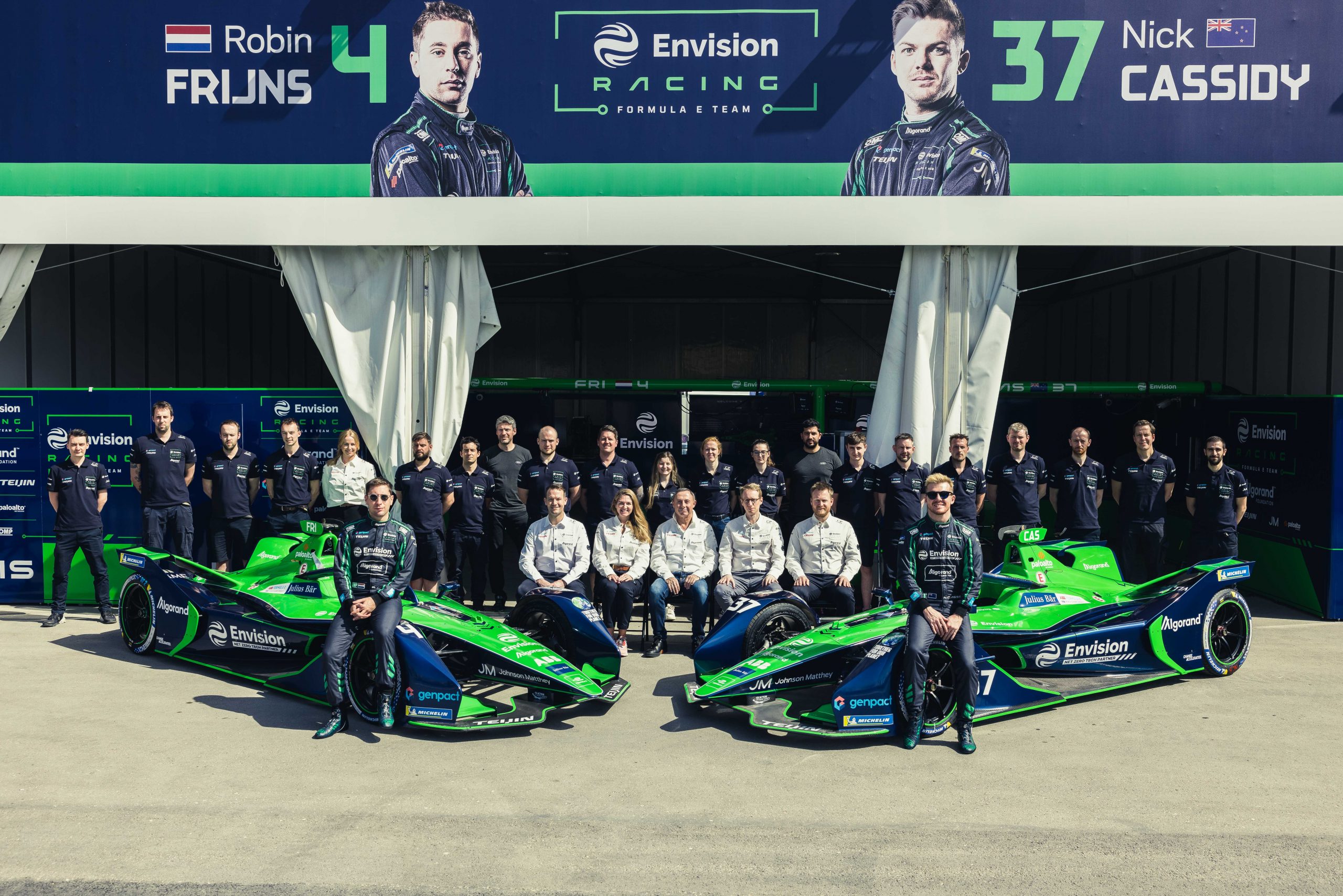 As the ABB FIA Formula E World Championship edges towards an exciting and ground-breaking new phase in 2023 with the advent of Gen3, Envision Racing have underlined their commitment to pushing things forward, and their desire to win, by signing a multi-year deal with fellow Formula E frontrunners.

The deal will see Envision Racing join forces with another British-based team in the shape of Jaguar, who will provide the team with its new high voltage electric motor, inverter, transmission, cooling system, casing and suspension.

On top of this, Envision Racing and Jaguar will work closely together, sharing expertise, as they look forward and draw upon their combined haul of 15 wins and more than 40 podiums.

Commenting on the agreement, Sylvian Filippi, Managing Director and CTO at Envision Racing said: “as an independent team it was really critical for us to find the best possible partnership for Gen3, the next era of Formula E. The main principles with it is to ensure that we remain very competitive and that we stay at the sharp end of the grid.

“We were basically trying to find the best manufacturer partner with a like-minded brand and team. So it came together really well regarding the discussions with Jaguar, because they fit all these criteria and I think they feel the same way about us.”

As part of the FIA Manufacturer Registration Jaguar have the means to supply up to two teams with powertrain technology. Audi currently supply Envision Racing’s powertrain, however the German manufacturer are leaving the championship after the current Season 8.

The exit of Audi led to initial discussion between the two teams, and Jaguar Land Rover Motorsport’s Managing Director, James Barclay, singled out the appeal of Envision Racing regarding the inking of the arrangement.

“Having discussed this in detail we agreed that a customer powertrain supply and collaboration with Envision Racing would work well for both parties,” stated Barclay. “Alongside our own factory race team, Jaguar TCS Racing, we will have a highly proven and competitive customer team in Envision Racing using our powertrain technology and enabling synergies in capability and performance. We highly respect Envision Racing and their achievements in Formula E, they are an extremely effective race team that has a great record of results.”

Central to the technical and logistical union of Envision Racing and Jaguar is the dawning Formula E’s Gen3 era. This current season will see the last action for the Gen2 iteration of racing machines, and from 2023, for Season 9, cars will be faster, more powerful and more efficient.

“Formula E has made huge strides in the sport since it first started, and Gen3 is another step forward,” confirmed Barclay. “The Gen3 cars are faster, lighter, more efficient and more powerful, whilst maintaining the benchmark for sustainability in motorsport.

“There are many exciting developments in Gen3 but most notable is the increase in power and efficiency, and importantly introduction of up to 600kW fast charging capability which will also introduce a new sporting element to our racing in this new era.”

For Envision Racing’s Filippi, the move towards Gen3 is an all-round boost for the pioneering world of Formula E. From the increased sporting spectacle for viewers and competitors alike, to wider factors such as real-world automotive technology and improved efficiency, and a reinforcement of the Jaguar Land Rover’s Reimagine strategy and Envision Racing’s Race Against Climate Change programme.

“Having been in this sport from the very beginning, Gen3 is a huge milestone,” affirmed Filippi. “From Gen1 to Gen2 the cars made a really big step with much larger battery capacity and much more performance. Gen3 will feature a much lighter car, a much more powerful car, so overall really a much, much faster car around the track, but also an even more efficient car. The priority is to develop the most efficient powertrains, which drives the relevance with road cars.

“In recent years Jaguar have been extremely competitive, developing really impressive technology, which gives us a lot of confidence going into Gen3. Also they are kind of very similar to our team in many ways, in terms of values and culture and ways of working and so on. At the end of the day, we want to win races, win championships and beat all the other cars. So that’s the main objective.”