For many around the world, today is Mother’s Day. Mothering Sunday, as it’s known, can be traced back to the 16th century when house servants were given time off to worship with their families, although more modern interpretations link it to the work by US socialist Anna Maria Jarvis in the early 1900s.

Although dates can vary across the globe, either way it’s seen as a time to give thanks and praise to female family members…and perhaps none more so than those in a tiny remote village in Central America.

Cachimbo, an island off the southern coast of Mexico, will most likely mean little to most people reading this, but in 2013 it was headline news as it, together with many areas in this region, were devastated by hurricane Barbara. 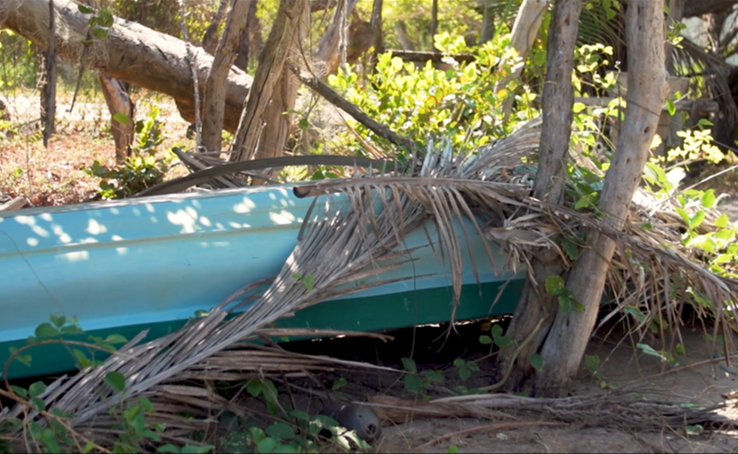 Yet, thousands of miles away in India, those TV news images were watched by a man called Sanjit ‘Bunker’ Roy – founder of the Barefoot College – and the start of what would become an amazing story of human endeavour.

Barefoot is an organisation set up to help rural communities become self-sufficient. Its founder ‘Bunker’ Roy began the idea after spending time in villages all over India and realising the huge gap between men and women in areas such as education, job opportunities, and even human rights.

Later voted one of TIME 100s most influential personalities, ‘Bunker’ Roy saw the potential in hundreds of women to be able to do more for their remote villages, including produce energy. Over time, he set up the Women Barefoot Solar Engineers Training Centre in Tilonia, India, to teach women how to create basic solar energy systems that would given them light, and more importantly independence, in their own home. 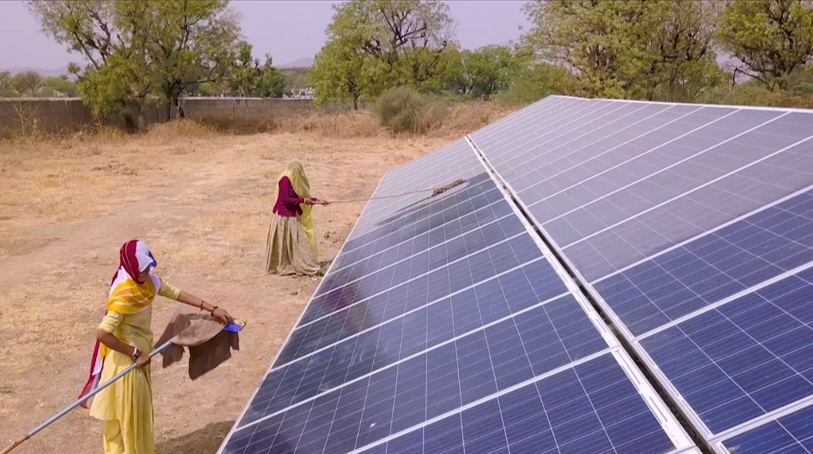 Energy is a human right…

“Climate change is a huge factor,” recalls Rodrigo Paris, the Regional Coordinator for Barefoot College, on the aftereffects of Hurricane Barabara. “The people suffering the most are those in the coastal regions like Cachimbo. People are being forced to move because of this.”

Life was never the same after the hurricane swept through the village in 2013. Ever since, more and more men from the village have left in search of work in nearby cities, leaving behind loved-ones and the village’s traditional skillset.

“Migration to cities from such small villages is a big problem,” continues Rodrigo. “Often in these communities it’s the men that migrate to the cities in search of work, leaving women behind. But governments don’t have an interest to put energy in isolated areas, so we have to rely on other means. It’s crazy. Everyone in the world should have access to energy. Energy is life, energy is freedom. Energy is a human right.” 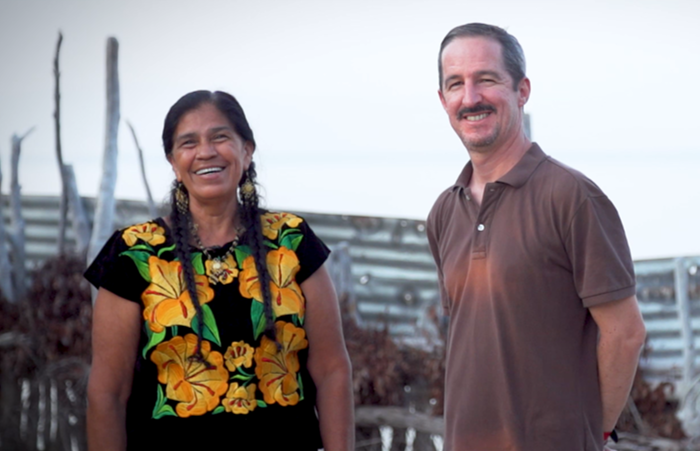 So through ‘Bunker’ Roy and Barefoot, it was decided to offer women from Cachimbo to have the opportunity to go to their specialist training centre in India for five months to teach them the ins and outs of solar engineering.

“The tech may look complex, but we can simplify it,” explains Rodrigo, adding: “especially as often there are multiple languages in the room. We use standard things like colours and numbers in order to teach people without relying on language.”

One of those students was Norma Guerra, who had lived all her life in Cachimbo. “We had no lights in our village and we need them to prepare food and to cook,” says Norma. “The younger people in our village thought they would be selected for the project because of their age. We never thought they would choose older women like us! They explained we’d have to learn how to solder, using delicate and tiny components. And I explained that I had a problem with my eyes. And they said no problem, I could have an operation in India. The only problem now was convincing my husband! But he quickly agreed!” 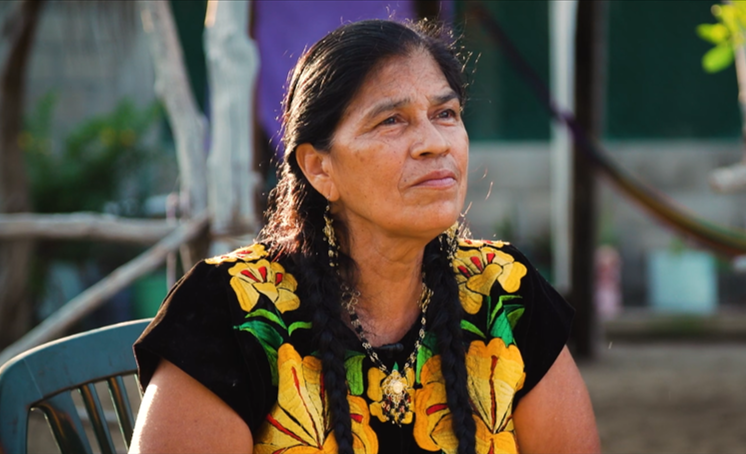 Norma continues: “At first it was hard to learn but Barefoot were with us throughout. When it was time to come home I was a bit anxious, but my family was there to greet me. Our village is now transformed. It’s all lit up like a Christmas tree!”

“We arrived with lots of hope to electrify our village and we did. I wish there was more organisations like this so other women in other villages can have the opportunity to light up their homes. Light is beautiful and everyone should have it. And, if more people switched to clean energy, like we have here, then it would make a difference.”

Leaves you lost for words…

Last month, Formula E travelled to Mexico for its fourth round of the season and a chance for the team at Envision Virgin Racing to meet up with some of these incredible women from Cachimbo and for them to see another type of clean energy working in action.

Silvia Orozco, Vilma Lopez, Alika Santiago and Socorro Lopez Cu, together with Barefoot’s Rodrigo, were given special access to the Mexico E-Prix hanging out at the team’s garage and meeting Managing Director Sylvain Filippi. 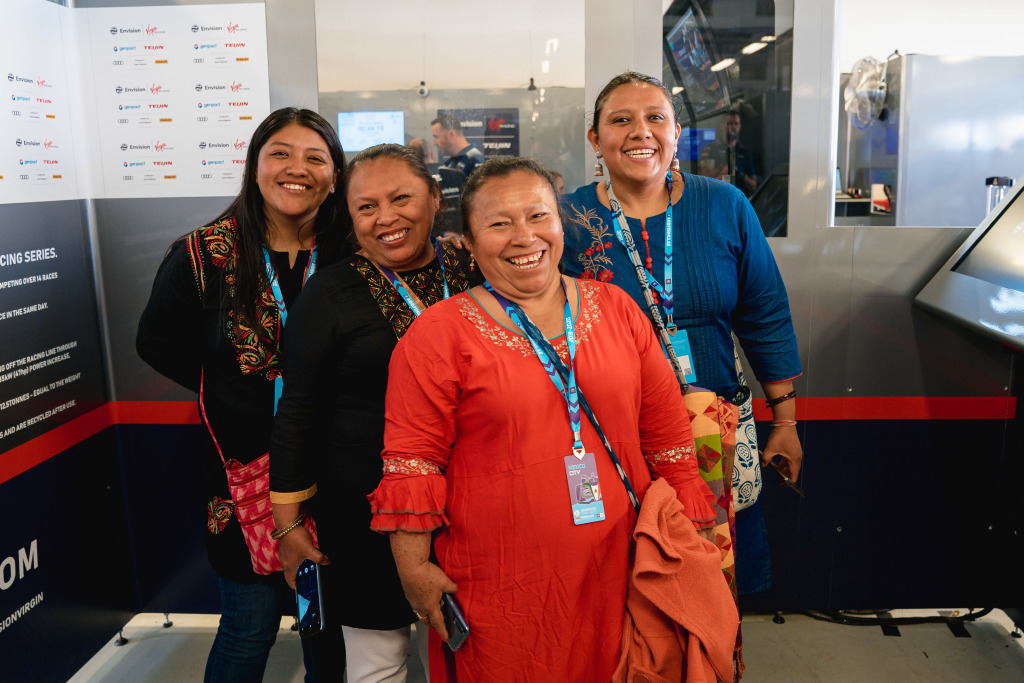 “What they do is absolutely incredible,” said Sylvain. “It’s one of those projects that leaves you lost or words. The skills they learn, and how they do it, is amazing and ones they can hopefully pass on to the younger generations. We all need to transition to renewable energies and what these ladies are doing is proof that it can be done no matter who you are or where you live.”

So, when you’re turning on the light today as you surprise your mum for Mother’s Day, spare a thought for Norma and the solar mothers who have brought a glimmer of hope to their village.

With thanks to the Barefoot Foundation https://www.barefootcollege.org/

Be sure to find out more about the team’s Race Against Climate Change programme here: https://envision-racing.com/racc/