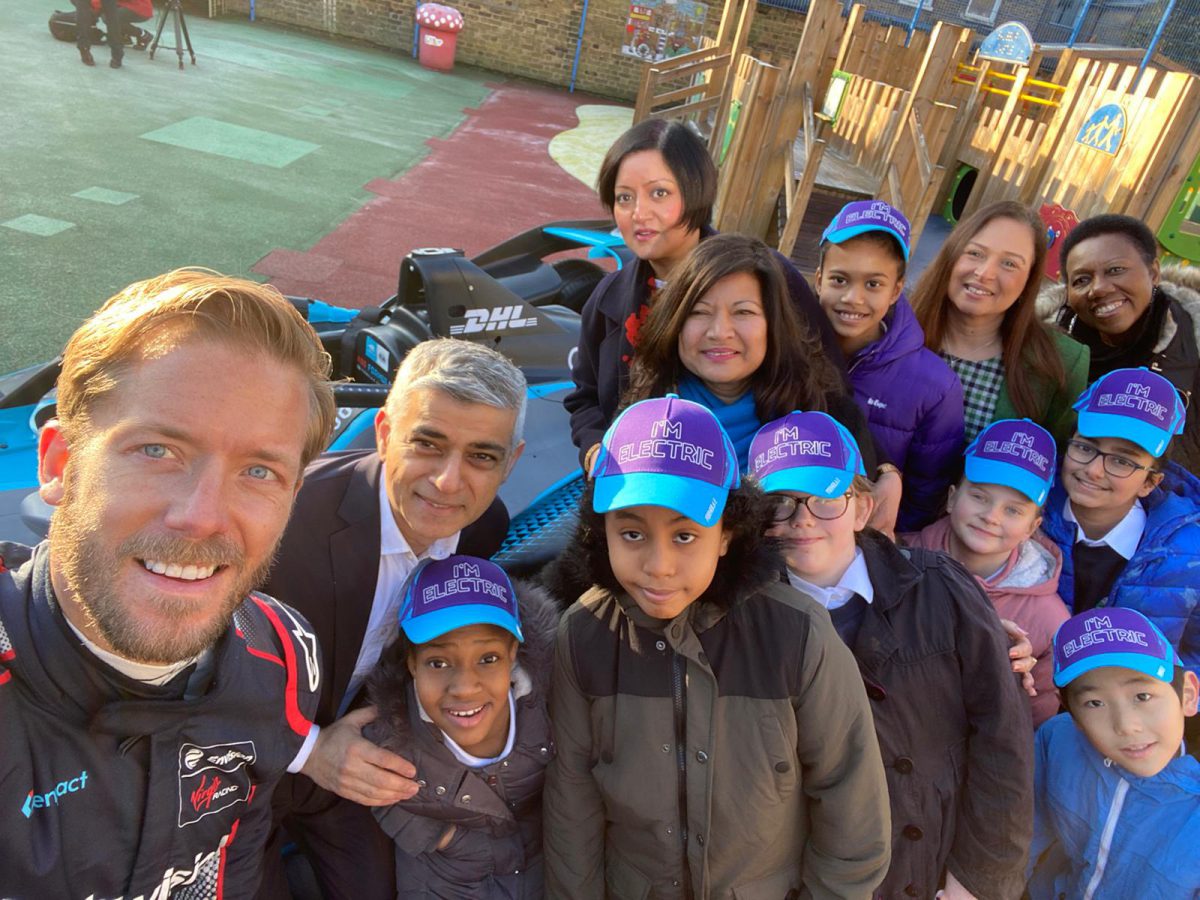 The Borough of Newham  – the same borough as the ExCeL Arena where the London E-Prix will take place – has one of the highest air pollution rates in the capital where on average 14% of residents are exposed to levels above the UK limit. 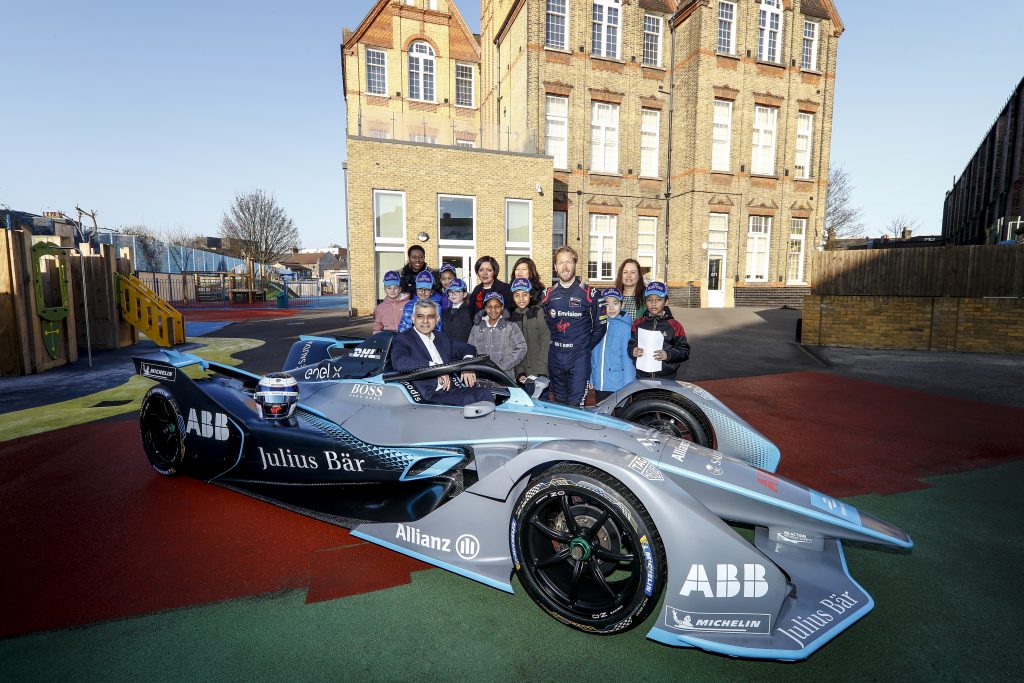 Indeed, poor air quality is linked to the premature deaths of around 40,000 people in the UK every year.

To combat this, the Mayor has launched a new clean air initiative for 200 schools across five London boroughs to conduct an audit, as well as apply for up to a £10,000 grant to tackle air pollution in their school.

Sailsbury Primary School is one of these who used the money to move their playground away from the nearby busy main road where pollution is at its highest. 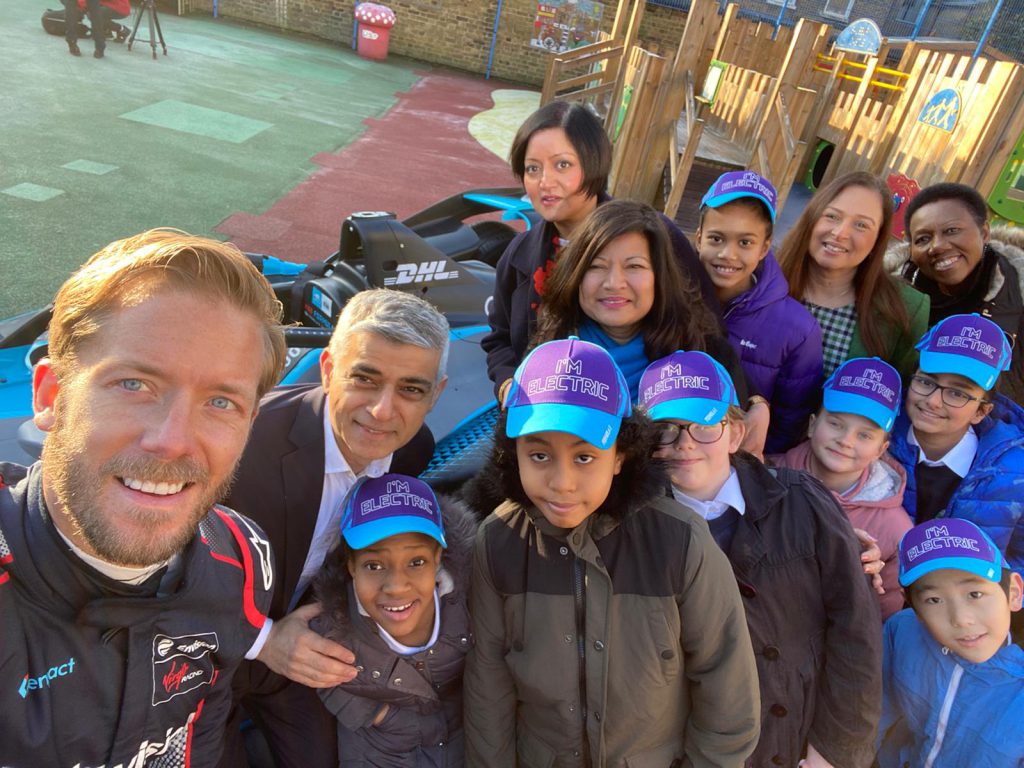 Speaking during the event, the Mayor said: “I’m really excited by Formula E coming to London. What it is doing is showing that it is possible to have green technology, to have great batteries and cars powered by electric, as well being extremely fast. The great thing is, that gives hope that there is a future away from the internal combustion engine.  Formula E coming to London will not only inspire Londoners but also the next generation…who want to be the next Sam Bird!” 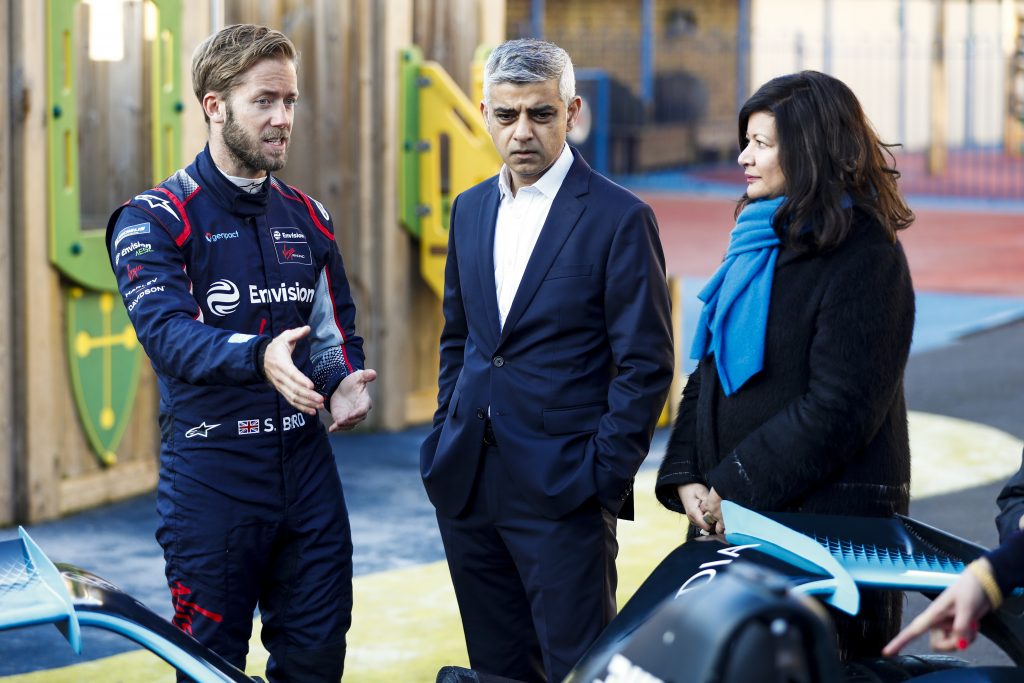 He added: “What’s important for people to realise is that it’s possible to be environmentally friendly, it’s possible to deal with the climate emergency and yet still drive. I realise that not everyone is going to be able to walk, cycle or use public transport at all times and that there is a role for the private vehicle, but also I realise the huge benefits Formula E is going to make to the cars we drive in years to come. 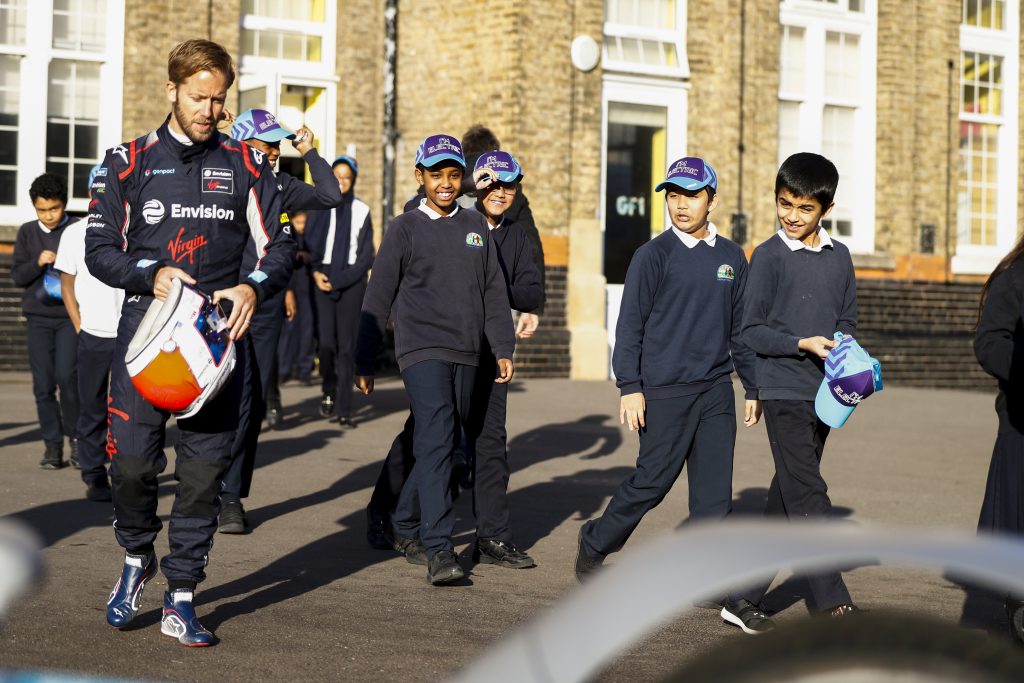 “One of the things Sam has done in coming to this school today in east London is he now has a whole army of fans who will be supporting him. I hope Envision Virgin Racing have a great season, I was disappointed for him for his result in Chile – I blame the other driver, not Sam! – and I’m looking forward for Sam to have more of the success he had in the first race and for his season to go from strength to strength.” 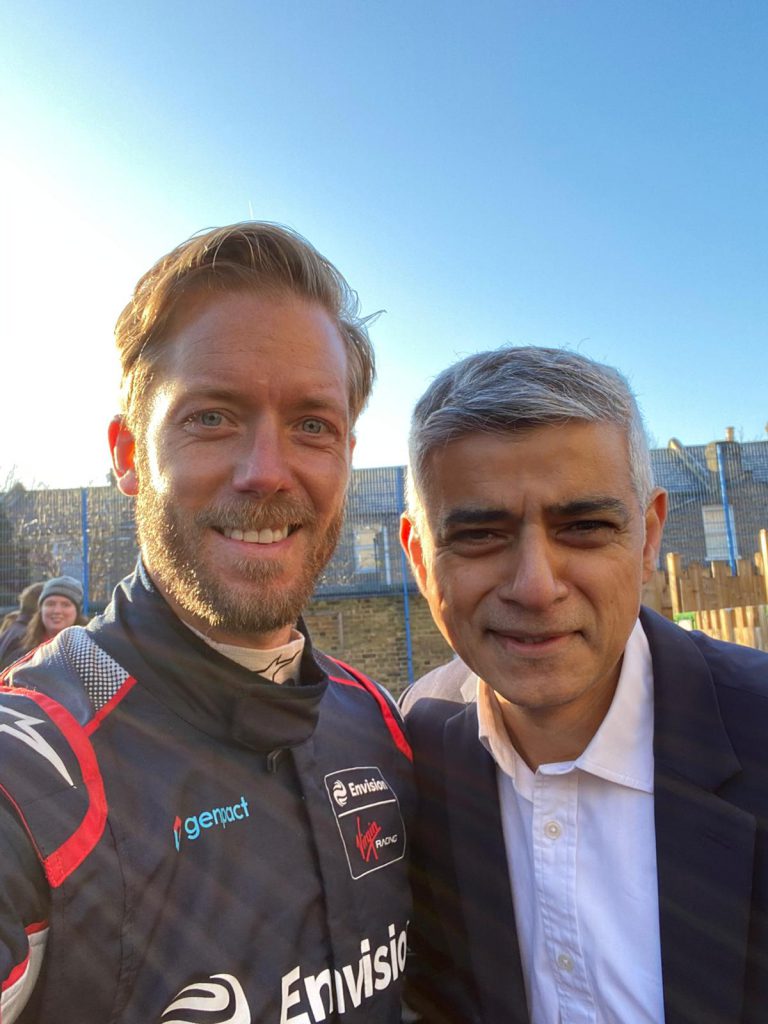 He added: “It would be great if at the last two races in London we had a British winner in Formula E. For sure I’ll be supporting Sam Bird but don’t tell the other drivers! I’ll be there cheering Sam on as will all the kids here today.”

Newham now also boasts a rapid EV charging hub – one of 300 in the capital – in addition to the 1,500 standard charging points located throughout London.

The Mayor and Sam were also joined by Newham Mayor, Rokhsana Fiaz – the first directly elected female mayor for any London borough.