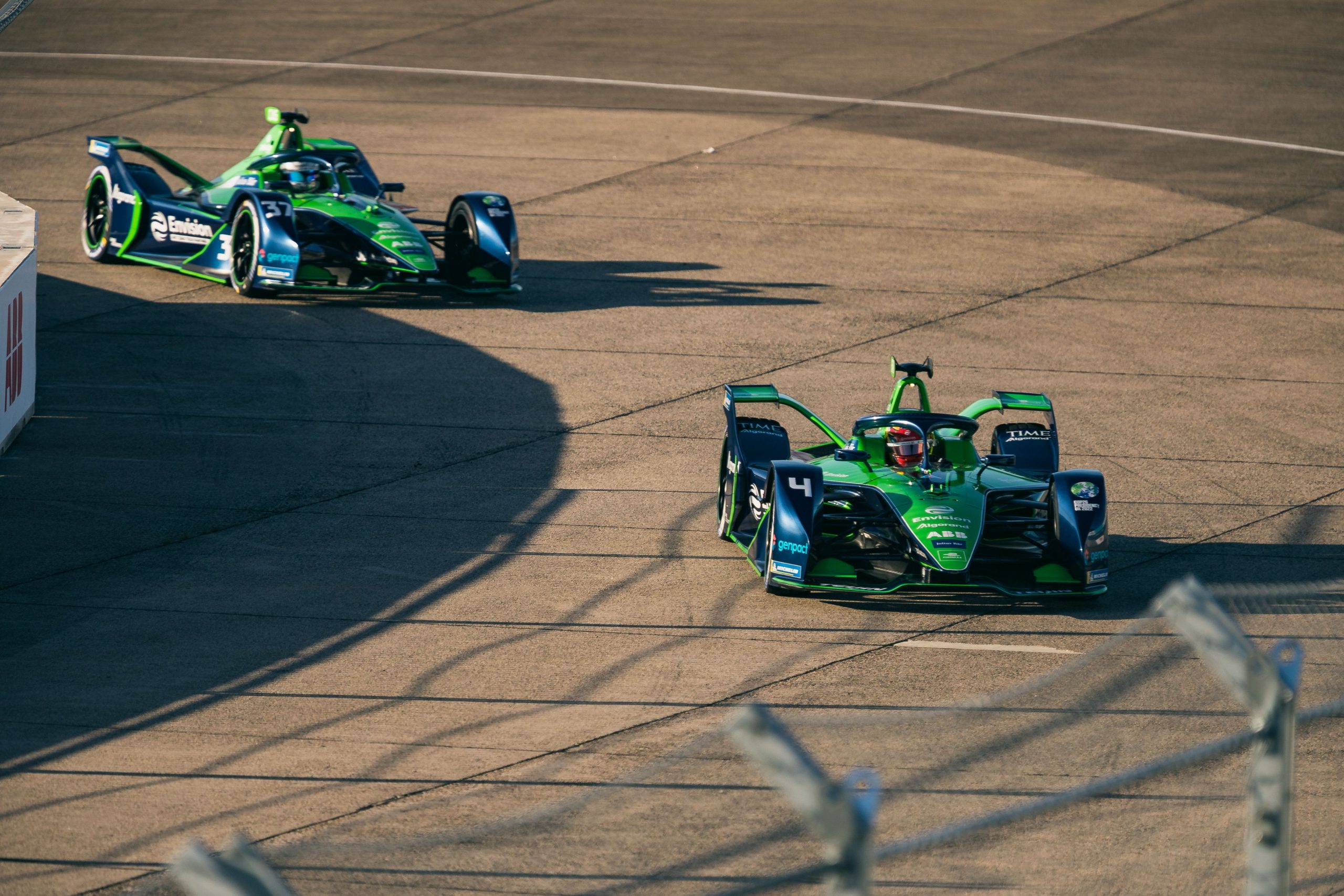 Envision Racing heads to the vast and spectacular island nation of Indonesia and its capital Jakarta for round nine of the 2021–22 ABB FIA Formula E World Championship. In what will be a totally new adventure for the team and all 22 drivers, Sunday’s 45 minute-plus-one-lap race promises to be a leap into the unknown and a pivotal afternoon as the fight for the Driver’s championship enters its second half.

Last time, out at the double header Berlin E-Prix was a chastening afternoon for Envision Racing. An uncharacteristic struggle in qualifying left both drivers plenty of work to do on the apron at Berlin’s Tempelhof Airport, and the best championship hopeful Frijns could muster was 5th place and 10 valuable points in Sunday’s round eight of the series.

Lying fifth in the standings, just 30 points off the top and with a maximum 29 points up for grabs this weekend, Frijns will be keen to grab a big points haul in Jakarta, and Cassidy will want a slice of the rewards to boost his and the team’s campaign. 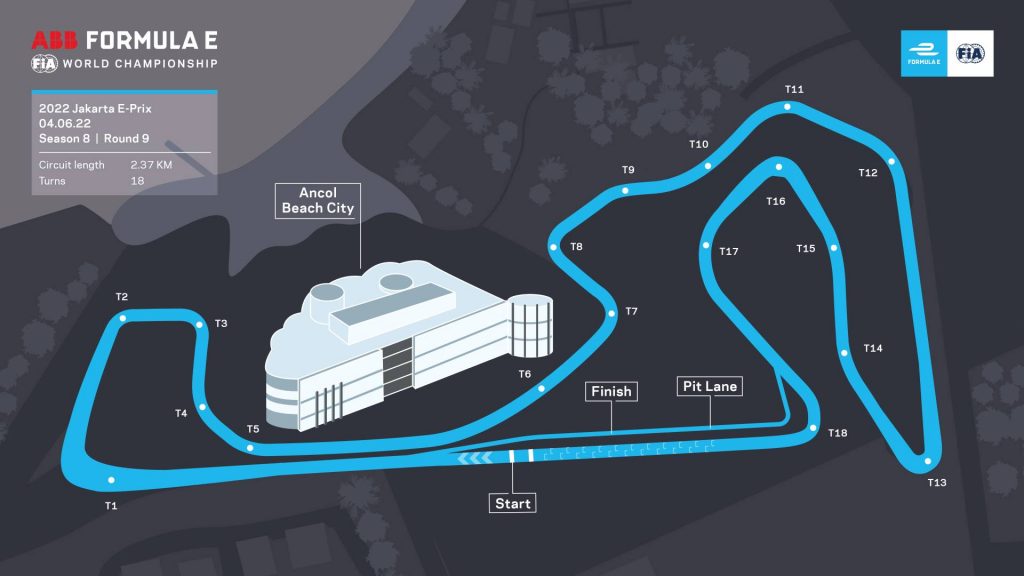 Formula E has established itself as a regular presence in Asia since the championship’s inaugural 2014/15 campaign, with 16 races at five locations so far in the region. The inaugural Jakarta E-Prix is an exciting addition to an already diverse and truly international schedule, and the circuit looks pretty tasty.

The 18-turn Jakarta International Grand Prix Circuit features a tight opening sector to the 2.37km lap, and after negotiating Turn 1, drivers slalom through a flowing series of turns, passing the resort of Ancol Beach City and the impressive Mata Elang International Stadium.

The climax of the lap is made up of a tricky complex following a fast right-hander at Turn 12, a long straight and a heavy braking zone for the hairpin at Turn 13, before a looping left-hand section dog-leg section sets up another lap.

Like many cities across the world, Jakarta was impacted by the global Covid-19 pandemic. The Jakarta E-Prix weekend is intended as a welcome boost to a city which has tourism central to its economy, and on top of that, the event is reinforcing a wider ecological message.

The Jakarta E-Prix will be 100% powered by sustainably-sourced Hydrotreated Vegetable Oil, and in line with all Formula E races, it’s a net zero carbon event. Formula E will measure, reduce, and offset all its unavoidable emissions by investing in renewable energy production.

The previous couple of races in the German capital didn’t exactly turn out brilliantly for Envision Racing. Heading into the Berlin E-Prix weekend, Frijns sat just 10 points adrift of the championship summit. However, after a disastrous qualifying, the Dutch driver ended up 20th on the grid and ended the weekend’s first race pointless.

Get to know our team with the latest episode of #OnTheInside 📺

Covering everything you didn’t see at the Berlin E-Prix.

There was better to come on Sunday’s race, and after qualifying a brilliant second, Frijns employed his renowned mix of aggressive yet measured overtaking and defensive driving to get the most out of his Envision Racing machine and end up fifth to maintain touch with the championship’s leading pack.

Frijns’ team-mate Cassidy had a similarly troublesome time in Germany with a DNF in the first race of the weekend, but managed to score a his third fastest lap of the season, and will be looking to carry that speed into the Jakarta E-Prix.

More than 50% of the country is covered by forests, and Indonesia has more volcanoes than any other country in the world…

Viewers in the UK might want to either stay out and keep the party going on Friday night, or set the alarms mega early for Saturday morning. Lights go out for the Jakarta E-Prix at the not unreasonable time of 9am in the UK, however qualifying is at 4.40am…but it will be worth losing sleep to catch what will be a frantic qualifying and race.

Don’t forget to vote for the Envision Racing guys: FANBOOST for Rounds 9 opens on Tuesday 31 May, until 15 minutes into the race. To give your favourite driver an extra boost of power, visit FANBOOST and the Formula E app.