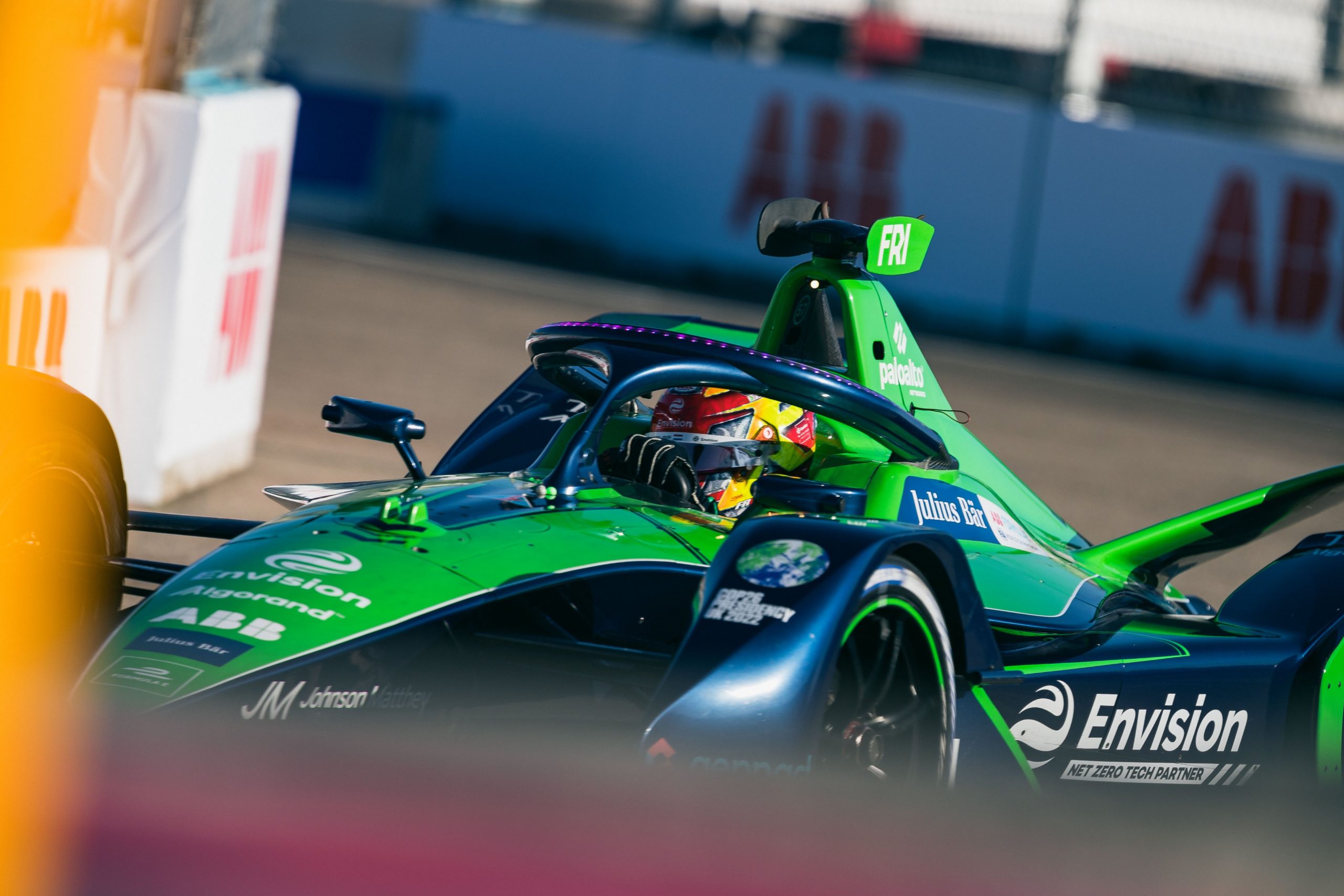 Both Envision Racing drivers endured a tough first race on Saturday afternoon at the Berlin E-Prix. Nick Cassidy was forced to retire with a damaged car, and Frijns had to haul himself from the rear of the grid to score a hard-earned, but pointless 12th place.

For Sunday’s second race of the E-Prix weekend, Frijns shrugged off any residual disappointment from race one, making it to the final duel and bagging second place on the grid. At the start, Frijns ended up third by the exit of the first corner, as polesitter Edoardo Mortara dropped to second and Nyck de Vries grabbed the lead.

The race quickly settled into a stalemate before leader de Vries became the first of the front runners to activate his first, and only, eight minute Attack Mode phase, quickly followed by Frijns who failed to trigger the Attack Mode sensors and dropped down to fourth as a result.

Approaching the final 30 minutes of the race, Frijns found himself in fifth, which soon became seventh, as Andre Lotterer and Stoffel Vandoorne made their way around the Envision Racing driver, however the Dutch driver crucially remained in touch with the leading train of cars.

With 24 minutes on the clock, Frijns started to move forward, with a tidy passing move on Lotterer, to set his sights on fifth place man Vandoorne whom he dispatched a minute later to claim fifth place. Frijns then made a stellar pass braking for Turn 5, just as his Attack Mode advantage was ending, to slide down the inside of António Félix da Costa and claim fourth place.

Seemingly struggling for pace, Frijns’ charge petered out as the race approached the final 10 minutes, and the Envision Racing driver found himself under pressure from Lotterer, but also within lunging distance of da Costa.

Rediscovering some pace late in the race following an afternoon of canny energy management, Frijns soon dropped Lotterer, and with more energy than the cars around him, focused on da Costa’s sixth place. Da Costa soon passed Oliver Rowland, and Frijns followed, moving up into sixth position with one minute plus one lap remaining.

Envision Racing’s Cassidy managed to sign off with something to smile about. A DNF on Saturday and a pitlane start for race two due to a change of MGU, gearbox, converter and DCDC, was certainly not anything to be happy about, however the Kiwi ended the second race of the weekend with the fastest lap.