Berlin is one of the coolest and most historically fascinating cities in the world, and it is only fitting that such a groundbreaking sport as the ABB FIA Formula E World Championship has found a home in the city’s storied Tempelhof Airport.

More closely associated with the climax of the Formula E season, this year’s Berlin races will very much prove a pivotal phase in both the Drivers’ and Team’s titles as host of the seventh and eighth rounds of the 15-race campaign, and crucially, drivers will have to contend with two different circuit layouts.

And after six races, Envision Racing’s Robin Frijns sits fourth in the standings, just 10 points of championship leader Stoffel Vandoorne. In the Teams’ championship order, the Envision Racing squad head to Germany fourth, 33 points of the leading Mercedes team, but will look to move up the ladder with a maximum of 100 points available this weekend.

TEMPELHOF IS A JEWEL IN THE MOTORSPORT CROWN 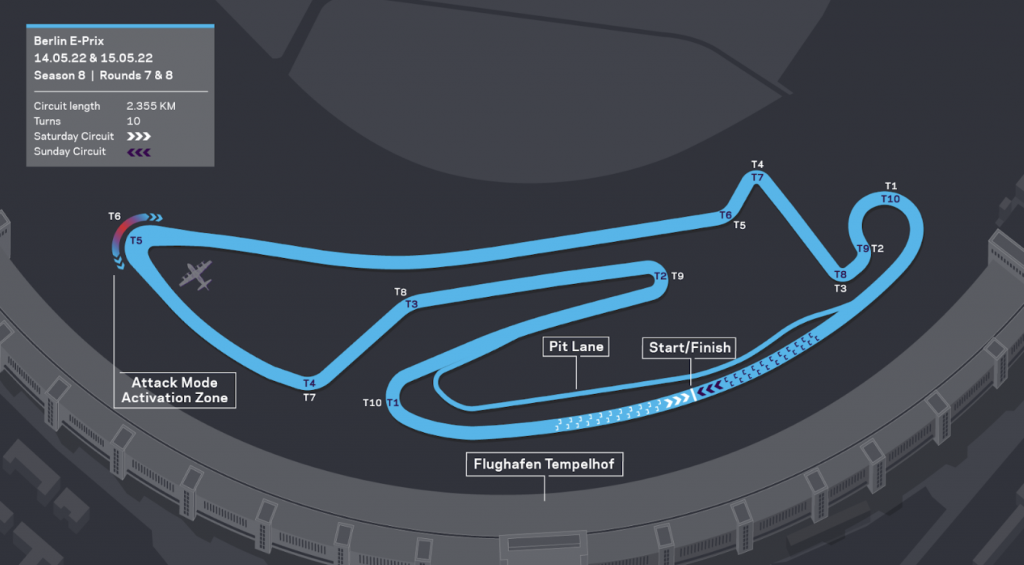 Certain venues just capture the imagination and provide great racing as well as visual thrills. Tempelhof Airport is one of those venues. From the stunning Art Deco airport building to the vintage Douglas DC-3 aircraft parked on the tarmac, the drivers sweep and speed around the airport’s apron on a layout which is proven to deliver wheel-to-wheel drama.

Located just a stone’s throw from Europe’s second largest city, the circuit measures up at 10 corners over the 2.355 km layout,  and things are thankfully a bit more normal in Berlin since the Season 6 finale, where the Tempelhof track gave the field a completely new challenge. With the Coronavirus pandemic disrupting the schedule, drivers faced three different track configurations at the same location over six races. It’s not all straightforward however, and this weekend will include Formula E’s first double-header taking place across two layouts, with a reverse configuration race on the Sunday to mix things up.

LAST TIME OUT IN MONACO

The latest episode goes behind-the-scenes at the world's most famous race circuit in Monte Carlo. Ft. @sophiafloersch, the Gen3 launch and more.

Previously in the 2021-22 Formula E championship, the teams and drivers headed to the glamour of Monte Carlo for the Monaco E-Prix. Hosted on the world famous Grand Prix circuit, the race delivered a classic battle, and Envision Racing’s Frijns scored big championship points, ending up fourth in the principality.

Once again, Frijns made it to the knock-out phase of qualifying, only to end up seventh on the grid, but shrugged off any disappointment, whilst proving you can overtake in Monaco. The Dutch driver displayed stellar overtaking and defending to get within sight of a memorable podium, and will look to at least match this result in Berlin.

Frijns’ team-mate Nick Cassidy again showed his fighting spirit, soaring from near the back of the grid to 7th at the flag. A good qualifying in Berlin, and the Kiwi can really kick start his season whilst hopefully having a breather from so many overtaking antics.

Catch up on all the key moments from Monaco 🇲🇨 #FormulaE https://t.co/aDfk7F54Sm pic.twitter.com/mIu3boDOWX

BERLIN A GREEN JEWEL IN THE CROWN

Considering its status as a sprawling major European capital city, Berlin is home to a myriad of woodland area, parks, canals, lakes and other inland water sources and waterways sprawling all over the city.

Cycling infrastructure is integral to the city’s transport system, and over 30 million euro has been invested in this area, and coupled with this, Berlin as a city has reduced its energy consumption from 150kWh to 80kWh per square metre.

WHERE TO WATCH THE ACTION IN BERLIN 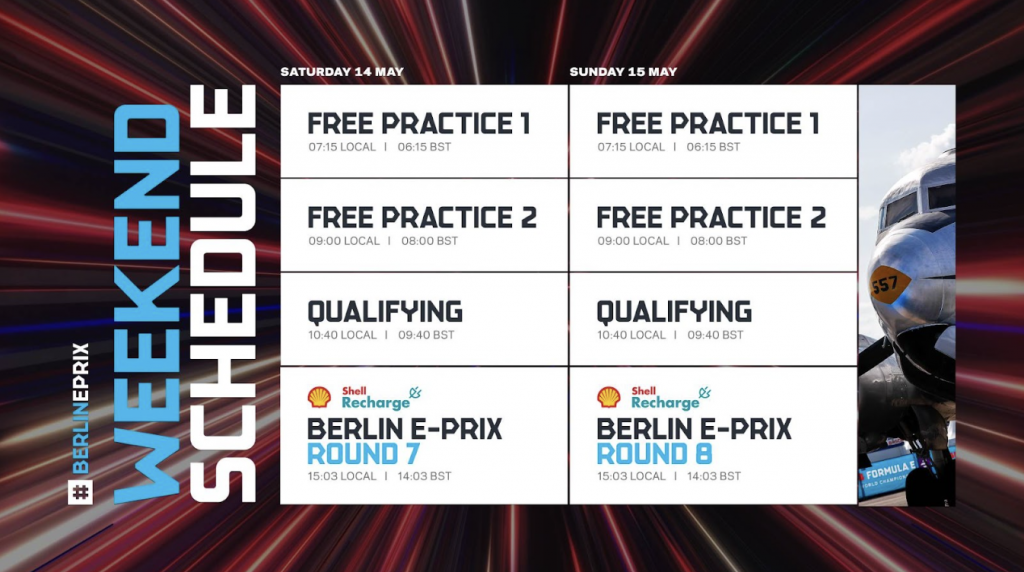 * all times in BST

It’s an early start for Saturday’s E-Prix with free practice kicking off at 07:15 CET, with qualifying at 10:40 and the race itself from 15:00. Timings are exactly the same for all of Sunday’s action, the main difference being that the drivers will be racing in the opposite direction to Saturday. Watch the action via fiaformulae.com/watch,

…and don’t forget to vote for the Envision Racing guys: FANBOOST for Rounds 7 & 8 opens on Tuesday 10 May, until 15 minutes into race one, with voting for Round 8 opening at the chequered flag on Saturday. To give your favourite driver an extra boost of power, visit FANBOOST and the Formula E app.