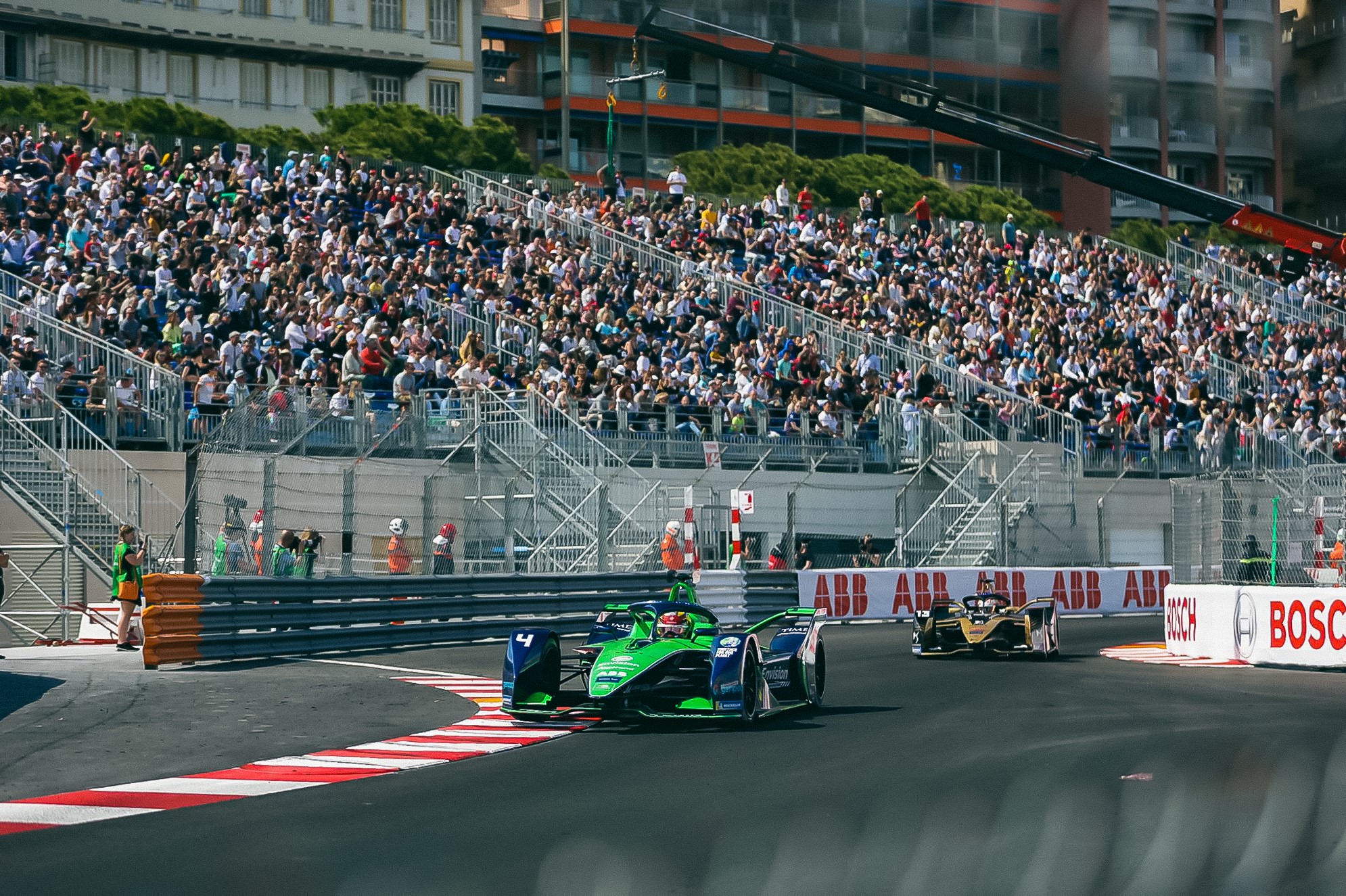 Once again Envision Racing’s Robin Frijns showed why he is one of the coolest customers on the Formula E grid, recovering from a less than ideal start at the Monaco E-Prix to end up fourth at the flag, with a podium just out of reach, and keeping his title aspirations nicely on track.

Behind Frijns, team-mate Nick Cassidy once again turned around a disappointing qualifying result to use brains and speed to fight through the field on a circuit that is notoriously difficult to overtake on. The New Zealander ended his afternoon on the French Riviera in a fine seventh after starting the race down in 18th.

The first phase of qualifying saw Frijns clock the fourth fastest time, denied the top slot as the clock struck zero, after leading for the majority of the session. The result gave the Envision Racing driver a place in the duels for the sixth consecutive time this season.

In the quarter final duel, Frijns went out first, racing against Mercedes’ Stoffel Vandoorne. After a close battle, it was Vandoorne who came out on top, meaning that Frijns would start the Monaco E-Prix in seventh place, a result at odds with his timesheet-topping pace in the day’s practice sessions. 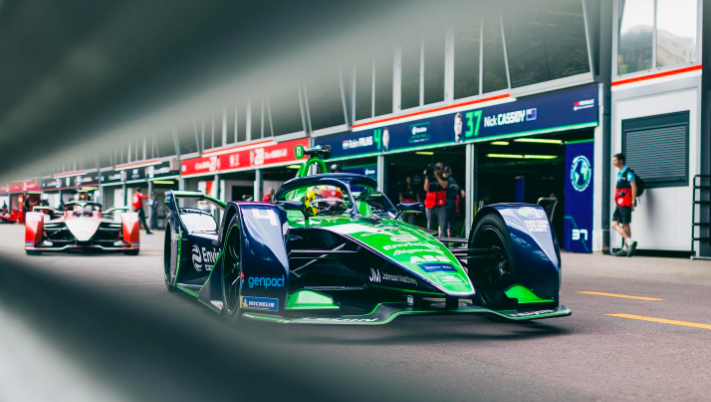 At the start of the race, Frijns ended the opening lap in eighth place as the 22-car pack sorted itself out for the long haul of 45 minutes-plus one lap of the hallowed Monaco Grand Prix circuit, headed by the Jaguar of pole position winner Mitch Evans.

After a sedate opening, Frijns took his first Attack Mode phase, giving him a 13% power boost for four minutes as the half-hour mark approached, crucially holding eighth position as he did. One lap later, Frijns diced with Porsche driver Andre Loterer in a bid for seventh at the Nouvelle Chicane, making it stick half a lap later under braking for Sainte Devote.

There were more gains for Frijns by the time the cars got to Casino Square, and the Dutch driver snatched fifth as Jean-Éric Vergne took his Attack Mode, the Frenchman soon regaining fifth place with the additional pace and power. 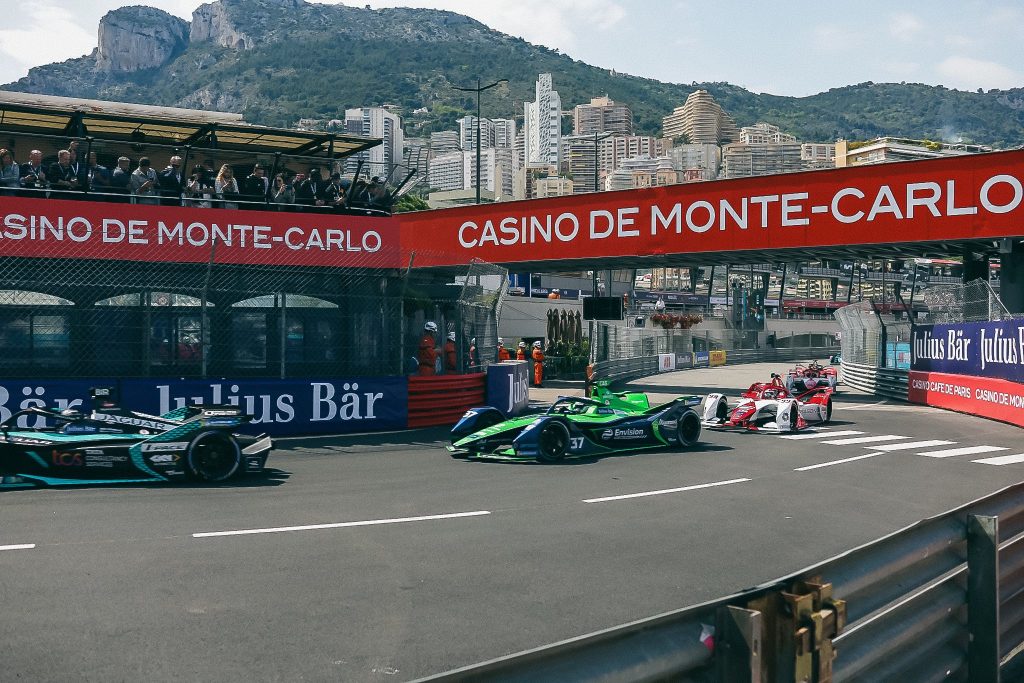 As those ahead activated their respective Attack Modes, Frijns cycled up to fourth, and then fifth continuing his scrap with Lotterer. Approaching the final 20 minutes, Frijns found himself back where he started, in seventh, with Pascal Wehrlein leading the pack, only for the Porsche driver to slow dramatically at the Fairmont Hairpin, handing the lead to Vergne.

Wehrlein eventually ground to a halt at the exit of the tunnel, triggering a full course yellow with 18 minutes remaining, allowing Vandoorne into the lead as Frijns set about Oliver Rowland in sixth place with racing back underway.

Frijns’ pursuit of Rowland ended as the Mahindra Racing driver clashed with Lotterer, pushing the Belgian into the barrier at turn one, providing Frijns with a free and clear route to fifth place as another safety car phase was triggered.

At the restart Frijns proved the first top-five runner to take his second Attack Mode, dropping the Envision Racing man to seventh as team-mate Cassidy looked to cap another brilliant recovery drive, battling to 10th place with seven minutes remaining on the clock.

Frijns soon sailed back into fifth place and in hot pursuit of Lucas di Grassi, executing a stunning overtake on the Brazilian driver, ending up third ahead of Evans as he took his second Attack Mode. 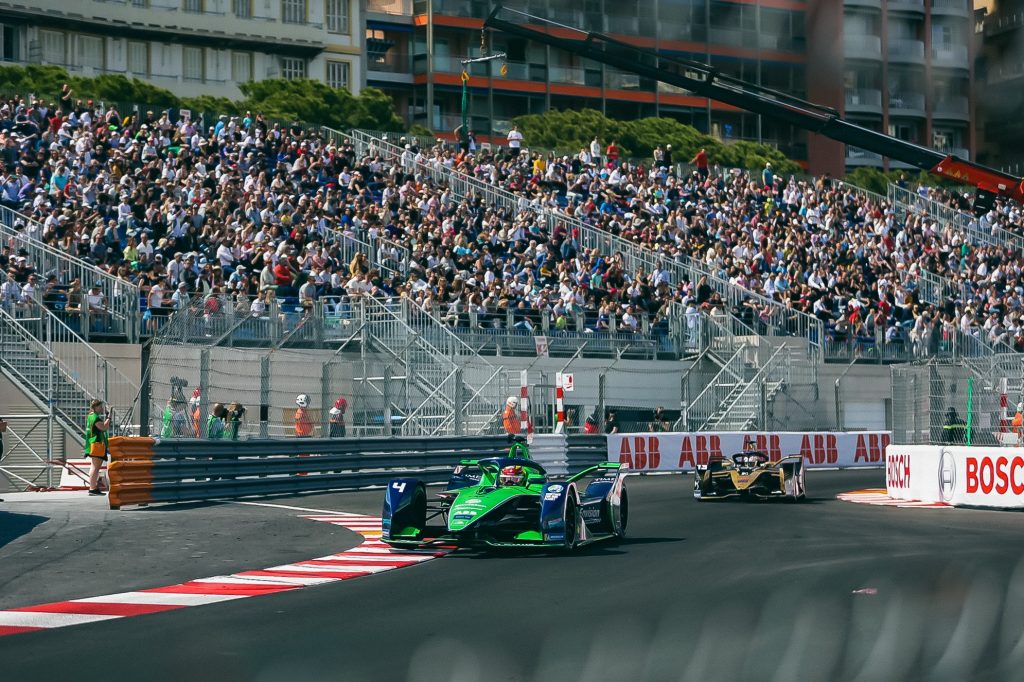 Evans’ power advantage soon pulled the Kiwi past Frijns with just over four minutes remaining, as the Envision Racing racer turned his defensive drive, protecting fourth from from António Félix da Costa in to an attacking one, hassling Vergne in third and hunting for another podium – the big question was could the pilot of the number four car take third place in the dying moments of the race?

The answer was no, but fourth at the flag, an extra point for fastest lap, and third place in sight means some strong championship points for Frijns. Up front, Vandoorne took the spoils ahead of Evans and Vergne, with Envision Racing’s Cassidy claiming strong points in a sensational seventh place helping Envision Racing jump up two places to fourth in the Team’s standings.

“Overall it was not too bad,” reflected Frijns after the race. “I think we could have got the podium, but I damaged the car halfway through the race, and for a while I thought my race was over. Pleased we managed to finish in fourth and take home some important points.”

Looking back at his surge from the rear of the grid to the top 10, Cassidy had plenty to be positive about as the team heads to Berlin. “I think we managed to make the most of what we had, so I am happy, but also a bit sad as we had the pace to go further,” said Cassidy. “As a team we worked really well and the communication throughout the race was spot on, on the track and off, we made some great steps today. I was disappointed to start the race so far back, but we have a strong car, so plenty of positives overall.”