World leaders from politics, business and even royalty were inspired to act against climate change by a Formula E car made entirely from plastic waste.

Three years since the European Parliament voted for a total ban on plastic cutlery, cotton buds, straws, drink stirrers and plates, Plastic Oceans estimates that 10 million tonnes of plastic are dumped into the oceans each year. Figures show the world produces more than 380 million tonnes of plastic annually, and up to 50% of that is for single use.

The 1:1 scale replica Formula E car has been made from 200kg of plastic litter collected through organised school litter picks to highlight the role of plastic reduction. Taking more than 700 hours to build, the replica has been created by British design studio Lazerian.

The Recover E initiative engaged schools from across the UK and aims to raise awareness of the issue of single-use plastic on a global stage to accelerate change in the race against climate change. 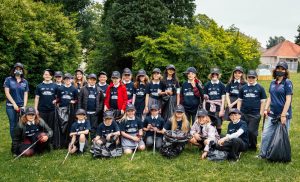 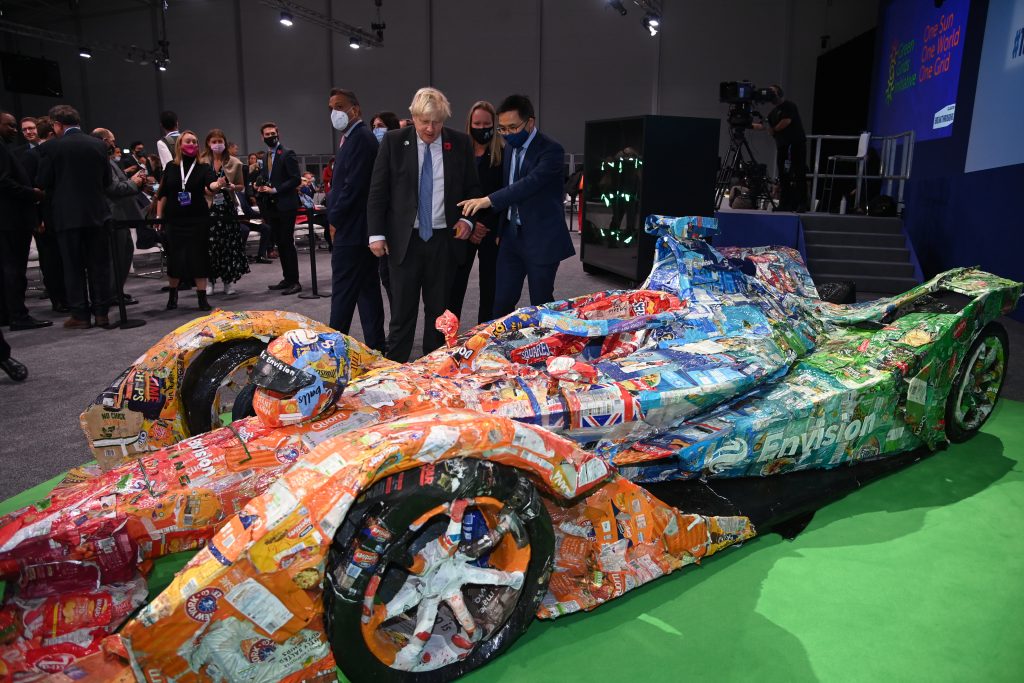 From Silverstone to Silverburn

Made from 100kg of plastic litter, the car was exhibited at Glasgow’s Silverburn Shopping Centre on Monday before its debut at the conference. The Recover E car will return to the shopping centre on Friday for members of the public to engage in this inspiring work of art. 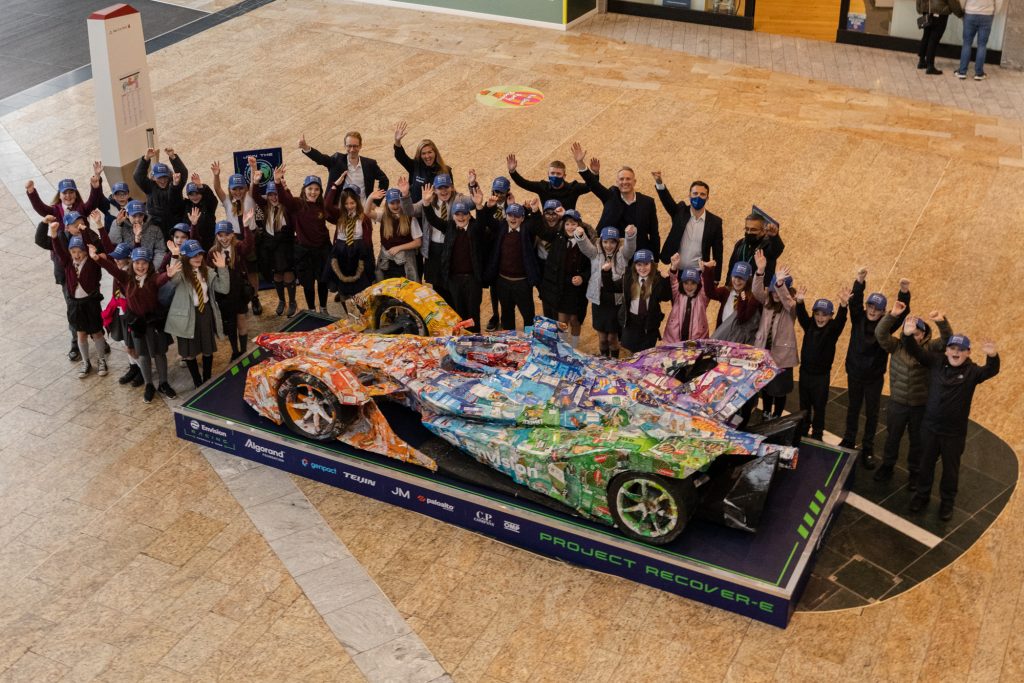 Amy and Ella Meek, founders of Kids Against Plastic and Pride of Britain award-winners added: “It’s really fitting that the Recover E car has been seen by audiences from school children to shoppers and world leaders because to make change happen, we need everyone, to join a movement of people that are breaking their plastic habits and lobbying for change. It’s been amazing to partner with an organisation like Envision Racing, whose values and goals match ours, and can help put our campaign on the world stage.”

The Recover E car was also featured on The One Show on BBC One on 4th November 2021, as presenter Alex Scott (pictured below) admired the finished product alongside Amy and Ella Meek. 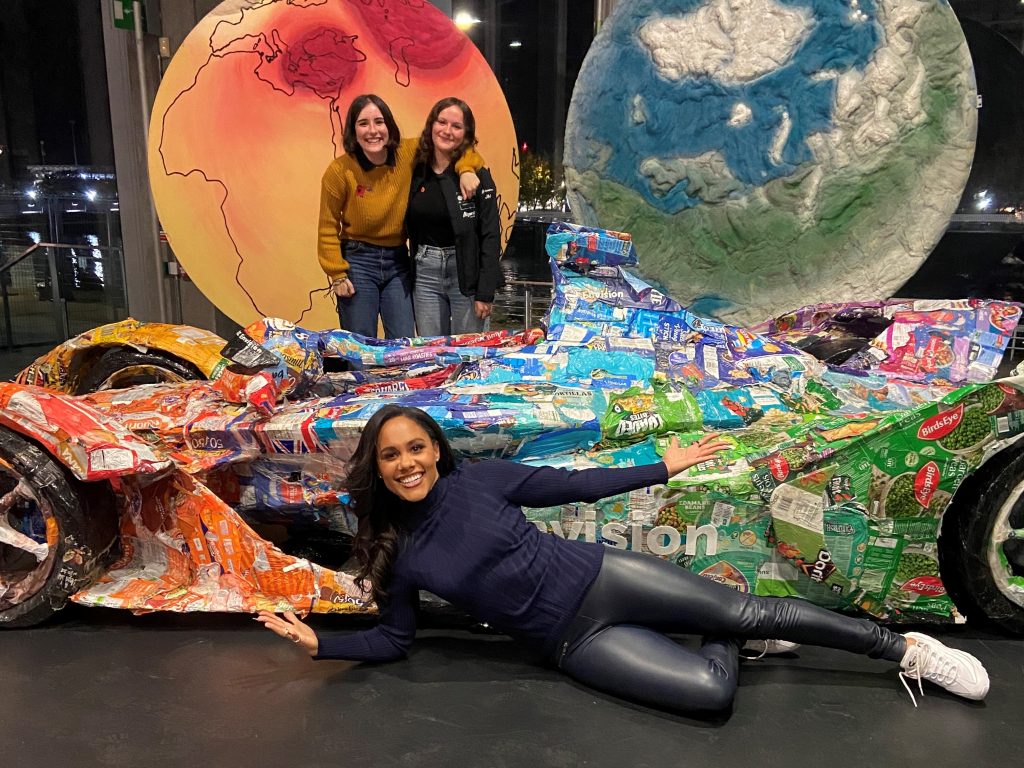