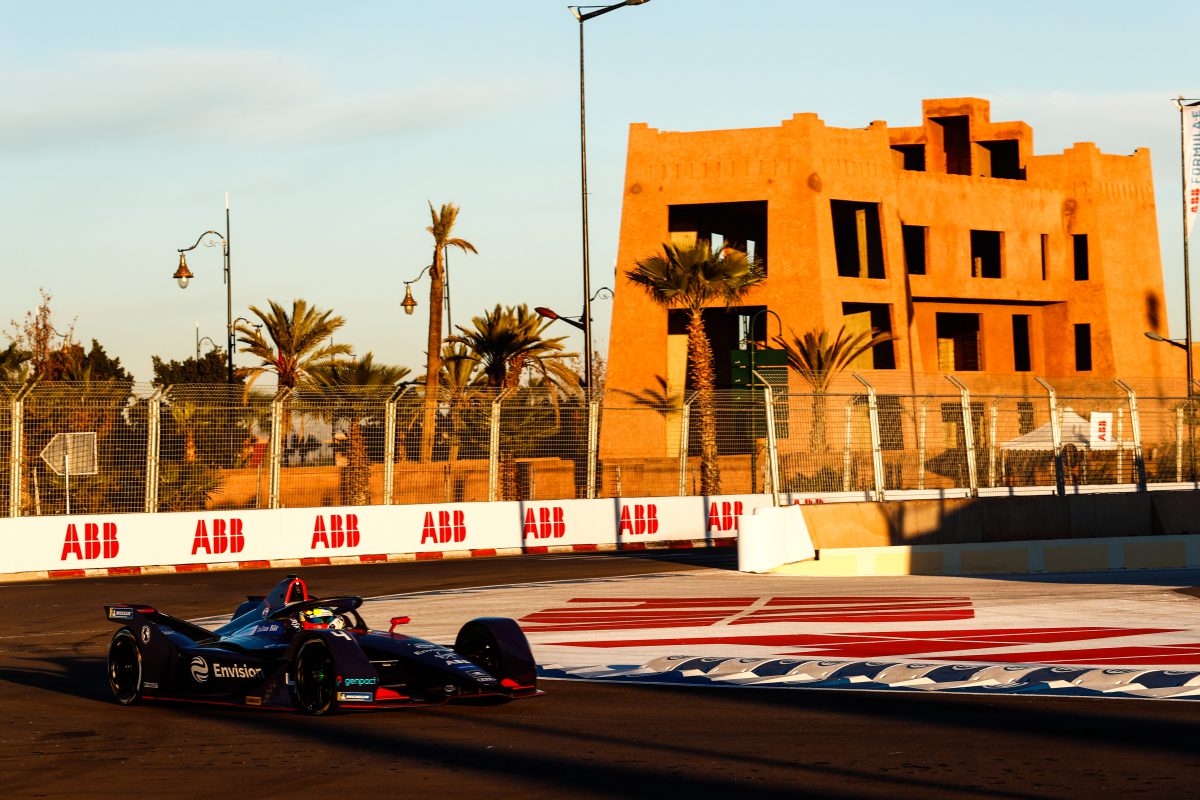 Benoit Treluyer and Nyck De Vries completed a successful test of the Envision Virgin Racing Formula E cars following a double-podium for the team during the second round of the Formula E Championship in Marrakesh.

Split into two three-hour sessions, the morning stint saw the pair secure crucial data for the team ahead of the upcoming Santiago E-Prix. Whilst the number two car had limited running, with De Vries damaging the car after 23 laps, Treluyer racked up a substantial 50 laps. With both cars back on track for the afternoon session, further consistent laps were completed with De Vries ending the day fifth overall (1:17.560) and Treluyer finishing in twenty-first (1:21.181).

Speaking after the test Treluyer said: “I’ve previously spent a lot of time driving the car on the simulator so to experience the Audi e-tron FE05 out on track was fun. It been a good day learning more about the car and helping the team gain further insight ahead of the next race.”

De Vries said: “Today was great, the new generation car is really fun to drive and I really enjoyed the increased performance of the car compared to when I tested here in season four. To finish less than a tenth away from Sam’s Superpole lap here yesterday is really positive for me.”

Managing Director Sylvain Filippi said: “Benoit and Nyck are both experienced drivers who did a good job of working through our testing schedule. The learnings the team have gained during the two sessions are extremely important for us ahead of the next round. After yesterday’s fantastic finish in the race it’s great to have some solid testing under our belts.”

The next round of the ABB FIA Formula E Championship takes place on January 26 at the Santiago E-Prix.