Anyone that has visited the top of London’s The Shard will know what breath-taking views it offers. Indeed, on a clear day, visitors to the tallest building in Europe (guess that statistic needs amending now?!), can see as far as 40 miles away.

So, imagine if you could climb to the top of The Shard more than seven times over; that would be a pretty impressive view, not to mention require an equally impressive lift. What about the world’s tallest building Dubai’s Burj Khalifa tower at 828 metres…what if you climbed that nearly three times over?

Where are we going with this? Well, that’s the height above sea-level that awaits all the Formula E teams and drivers this weekend when the fourth round of the series lands in Mexico City’s Autódromo Hermanos Rodríguez circuit.

Mexico City sits at an altitude of 2,250 metres above sea level – that’s the equivalent of 433 Gen2 cars laid end to end – by far the highest of any circuit on the Formula E calendar. Why does this matter? It matters because this has very significant implications to the main performance parameters of the car, the track and also to our very own Sam Bird and Robin Frijns.

Before that though, here’s the science bit… At the lower pressures of high altitudes, air molecules spread out more, so the air becomes less dense. The air in Mexico City will be approximately 25% less dense than that of sea-level and it will have around a quarter fewer air molecules in it. In short, the air begins to thin.

In motorsport terms, the biggest factor this would normally impact would be the car’s aerodynamics but, even though Formula E cars are not aero cars, the thinning air still plays a major factor in other aspects.

Less air density means the air has correspondingly less cooling effect. Key heat generators like the battery and the brakes will therefore need more consideration, especially when you factor in the track changes for this weekend. The removal of the previous chicane at the Peraltada Curve will see the championship’s Gen2 cars stay on full power for longer and, by our calculations, mean they’re likely to clock their fastest qualifying speeds to date of 240kph or 150mph.

Next comes the affects on the driver. Decreased air pressure means that less oxygen is available for breathing. Combine this with the high levels of pollution in Mexico City (in May 2019 for example, levels exceeded those considered dangerous to human health) and your asking an awful lot from your driver’s fitness and concentration levels. One normal effect of altitude is shortness of breath, since the lungs have to work harder to deliver oxygen to the bloodstream. It can take days and even weeks for a body to adjust to high altitude and low air pressure…and these guys have just one day.

So, when you combine all these margins, you can see why the Mexico City E-Prix has the habit of mixing things up on track and why we’ve continually witnessed great race after great race here at this circuit…and why you should be sure to tune it this weekend. 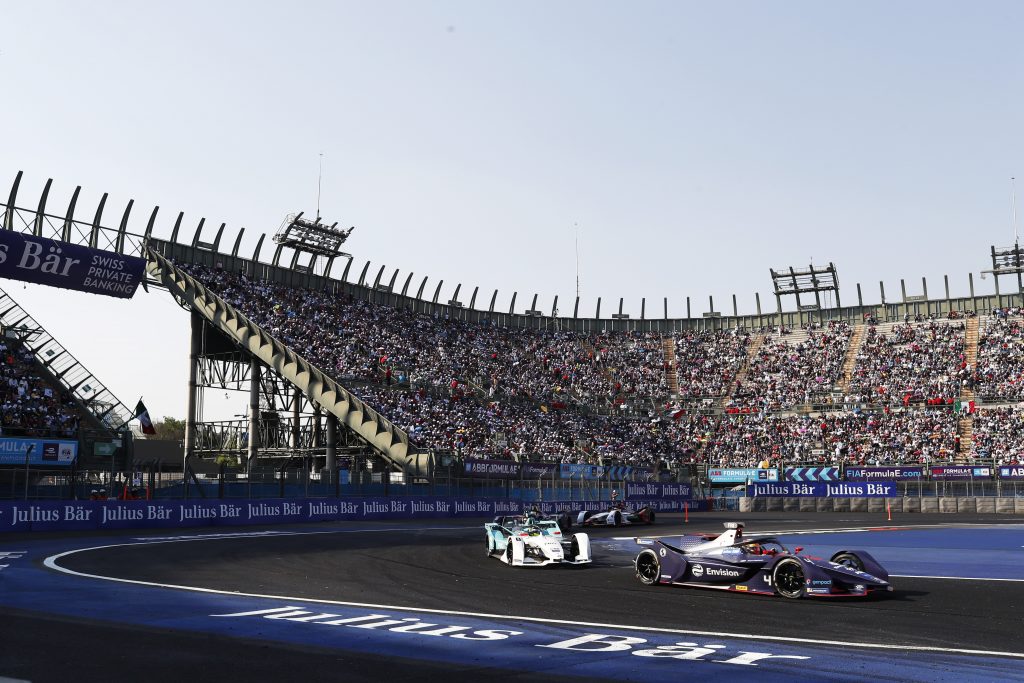