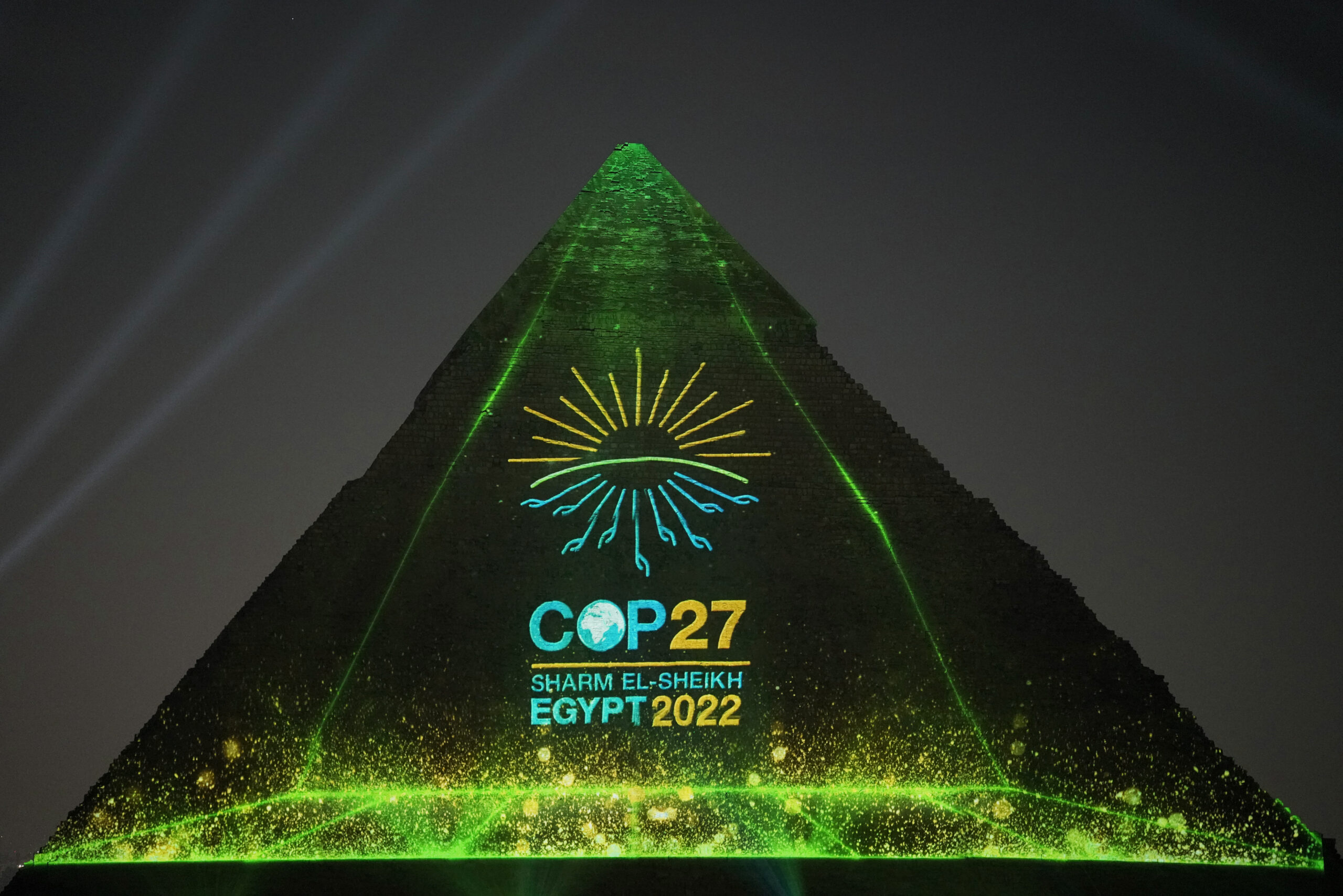 The panel, hosted by the UNFCCC, FIA, Formula E and Envision Racing will discuss the sport’s role in influencing and inspiring the development and adoption of zero emission vehicles.

Thursday 10 November is Youth and Future Generations Day at COP27 in Sharm el-Sheikh, Egypt. On the Blue Zone main stage, the conference’s only sporting event will be a panel discussion on motorsport’s unique ability to inspire mass transition to zero emission vehicles, moderated by UNFCCC Sports for Climate Action – the framework which supports sports organisations and their stakeholders to achieve global climate change goals – with speakers from the FIA, Formula E and Envision Racing.

Race Against Climate Change: Accelerating the transition to zero emission mobility will be held from 16:00 to 16:40 GMT, on Thursday 10 November in the Blue Zone and broadcast live here . It will feature an expert panel of leaders from the electric motorsport racing world, including; Envision Racing’s Managing Director Sylvain Filippi; Barbara Silva, FIA Social Responsibility Manager and Formula E’s Sustainability Director Julia Pallé.

The ABB FIA Formula E World Championship is an environment where high performance and sustainability powerfully co-exist and is growing fast in its global popularity, particularly amongst the more climate engaged youth. The first professional sport to be net -zero carbon from inception, Season 9 begins in Mexico on 14 January 2023 and follows a record-breaking Season 8 where more than 381m viewers engaged in Formula E races.

This year, things have taken a giant sporting and technological leap forwards with the launch of the new Gen3 race car, the fastest, lightest, most powerful and efficient electric race car ever built. On the road, the number of electric car models has increased by six times since Formula E’s first season, with more than 175 now available in Europe. With the Gen3 car, and the continuing evolution of Formula E’s on-track technology, range and battery capacity will continue to improve in consumer electric vehicles (EVs) and other zero emission vehicles.

The panel will hear from the leaders in the industry about the global perspective on the motorsport industry’s contribution to tackling the climate crisis through both technology and engagement with young fans. 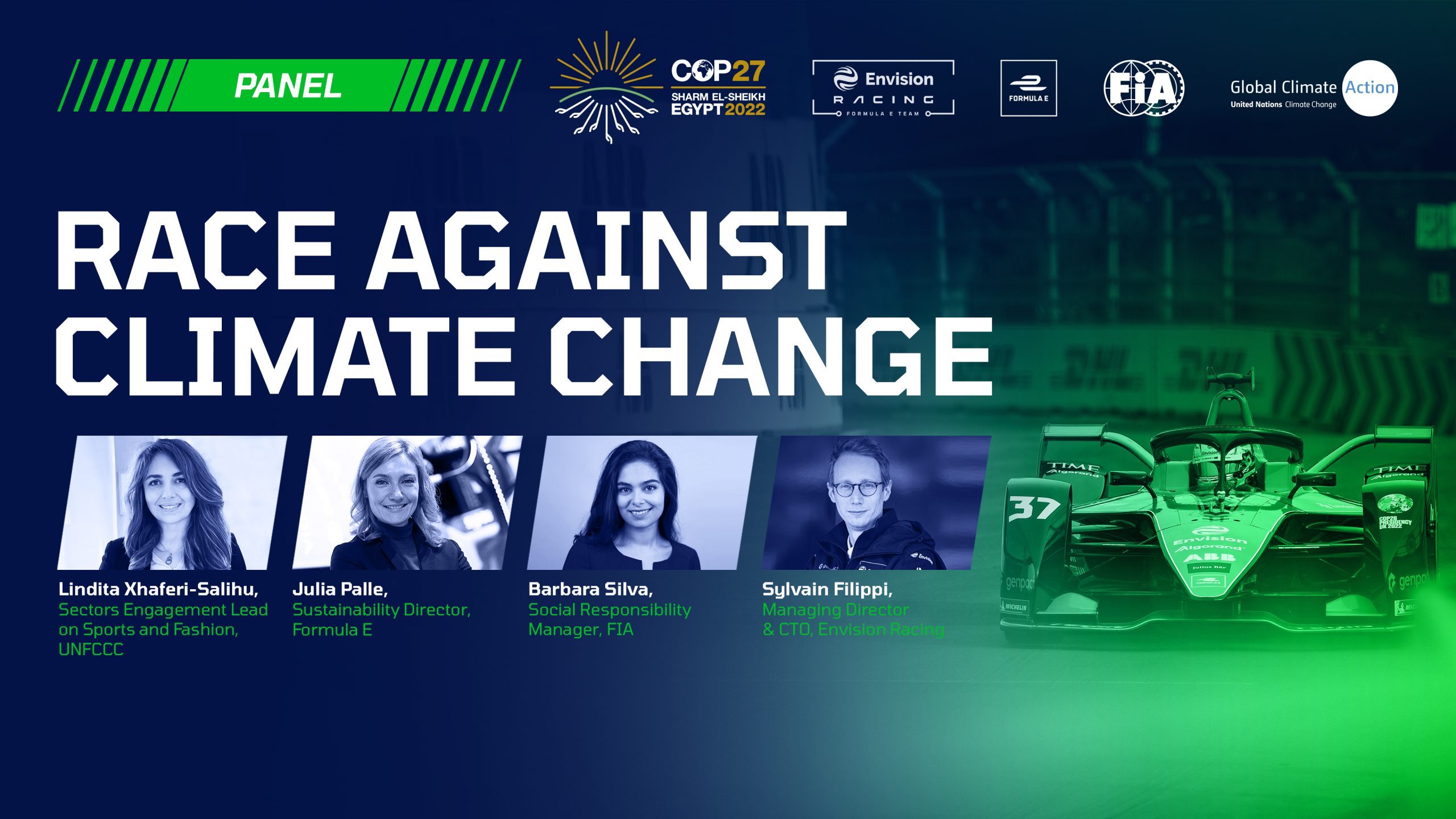 “The future is electric. Formula E is a revolutionary sport which has seen phenomenal growth globally in just eight seasons. Through innovation, high performance and an active fanbase we are demonstrating what is possible and what must be strived for” says electric racing pioneer Sylvain Filippi, who set up the EV Cup in 2009, the world’s first circuit race series for zero emission EVs, before becoming a founding member of the Envision Racing team.

“It is essential for us to be at COP27, because Formula E’s aim is to accelerate the adoption of EVs and inspire positive climate action around the world. Indeed, motorsport has a unique role to play in the transition away from petrol and diesel vehicles through innovation and our fan engagement.”

“As the governing body of world motor sport, we want to take a leading role among sporting federations in fighting against global climate change and provide the frameworks to make this a reality.” says Mohammed Ben Sulayem, FIA President. “Our presence at COP27 is an important stepping on our journey to become net zero by 2030 while accelerating the development and adoption of technologies and behaviours that can contribute to the decarbonisation of the world. “Jamie Reigle, CEO, Formula E, said: “One year on from COP26, the ABB FIA Formula E World Championship continues to set the standard for sustainability in elite sport by making demonstrable progress in our mission to accelerate change towards an electric future.

“In the spring we unveiled the new Gen3 race car, the world’s first net zero carbon race car in the world’s first net zero carbon sport. We raced in Jakarta, drawing attention to positive efforts being made in a city highlighted as one of the most vulnerable on the planet to the effects of climate change. We also attracted our biggest global audience to date of 381m. It’s vitally important that we, and every other participant at COP27, hold ourselves accountable for delivering on our commitments.”

Lindita Xhaferi-Salihu, Lead Sectors Engagement in Climate Action at the UNFCCC said: “This climate conference is all about implementation. It is about spotlighting policies, solutions, investments and finding ways to scale them as quickly as possible. The transition that we need is massive and we all have a role to play. I am delighted to be joined by Sports for Climate Action signatories on the stage who are working to bring others along in the journey, accelerate transition not only by working on reduction plans but also by focusing on innovation and technology.”

The event will provide an opportunity to learn from motorsport leaders about the way it is accelerating the transition to zero emission mobility and renewable energy across the globe – leaving no one behind in the e-mobility revolution with topics covered including: innovation needed to make e-mobility a reality, how the transition to zero emission vehicles must be part of a Just Transition and what more can be done by the sport to engage young people on environmental sustainability.

Those with a Blue Zone pass can attend the panel or watch virtually here.