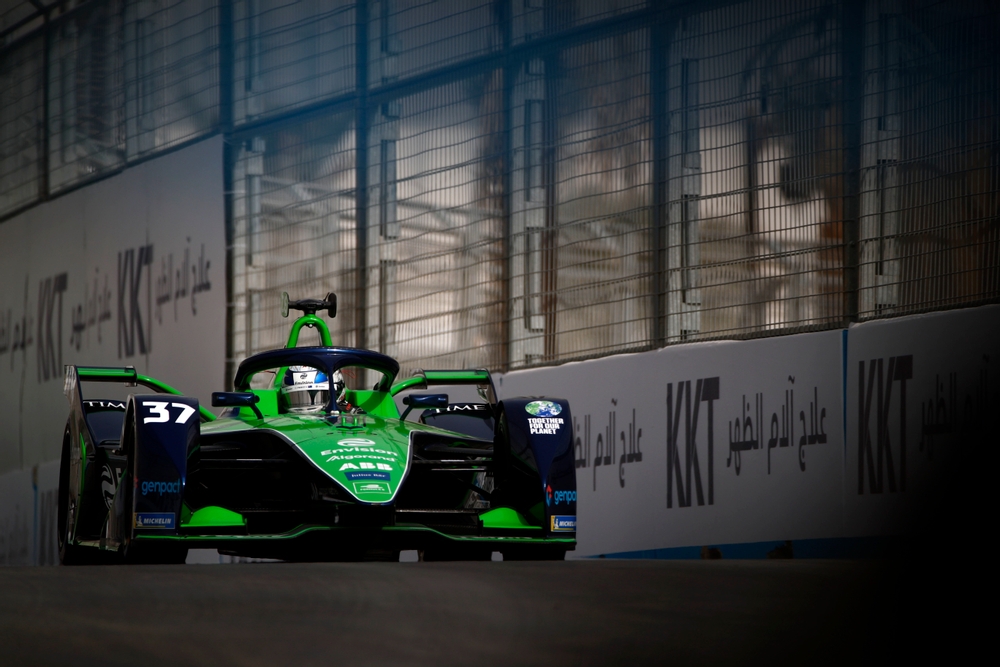 Formula E is back in Rome and Envision Racing will be looking to score big and get back to the top step of the podium as the electric gladiators do battle in the ‘Eternal City’.

Following a break of almost two months, the 2021–22 ABB FIA Formula E World Championship gets back underway with everything to play for in the Drivers’ and Teams’ championships, and it is time for a double-header on the streets of Rome.

Envision Racing head to the Italian capital fifth in the Teams’ standings, and driver Robin Frijns leads the charge in the Drivers’ rankings, sitting in ninth place, with a second place finish to his name, and a solid six points bagged last time out in Mexico.

As Formula E heads to the first European races of the season following two races in Saudi Arabia and one in Mexico City, here are a few things to check out before the lights go out in Rome. 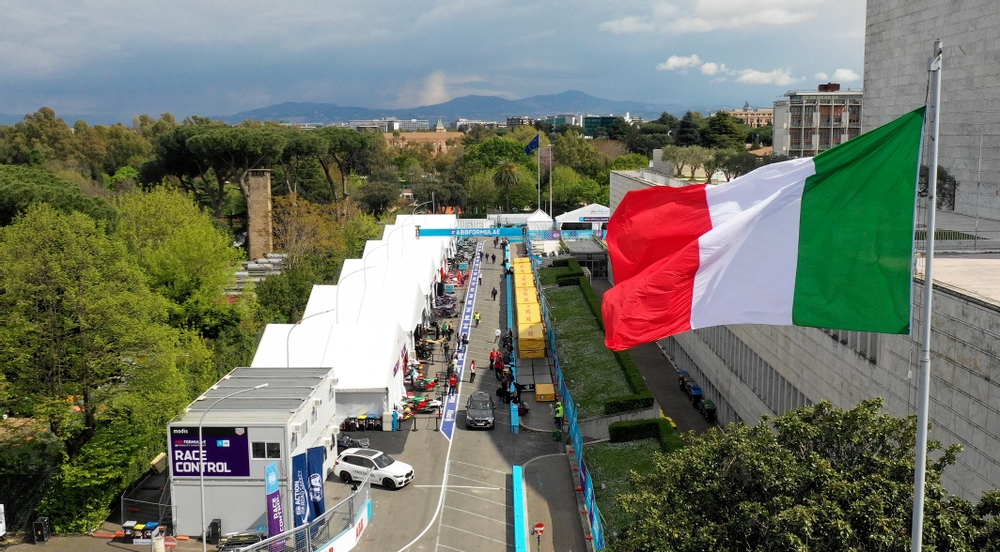 In many ways, the basic concepts of motorsport were etched out a stone’s throw from where the Formula E drivers will be doing battle. In Roman times, hundreds of thousands of spectators packed into the Circus Maximus stadium to watch the brutal contest of chariot racing, one of the most popular sports in the ancient world.

Fast forward a few years, and the Italian obsession with racing hasn’t really gone away, and alongside modern motorsport amphitheatres like Monza, the Circuito Cittadino dell’EUR is emerging as a classic arena for wheel-to-wheel combat. 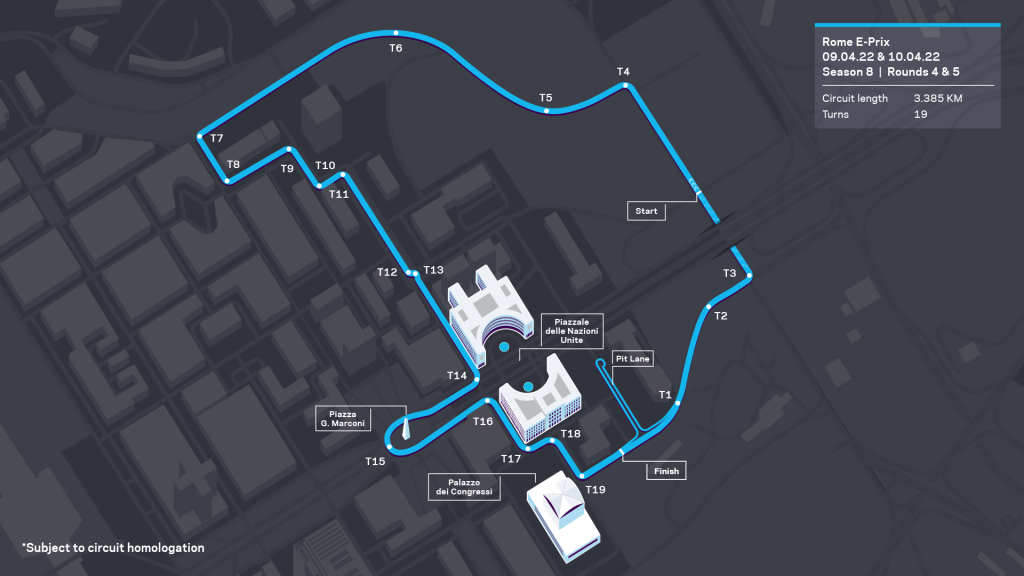 The Envision Racing drivers will be faced with a 19-turn mixture of straights, long, fast corners and tight 90 degree left and right turns, framed by some of the most iconic, tourist bucket list buildings and landmarks, such as the Palazzo dei Congressi, the Palazzo della Civilta Italiana, and Ninfeo Park.

One of the most striking places on the 3.385km course is under braking for the hairpin at Turn 15, in the shadow of Piazzale Marconi, underlining the fact that there really isn’t a backdrop quite like this in the world of motorsports. 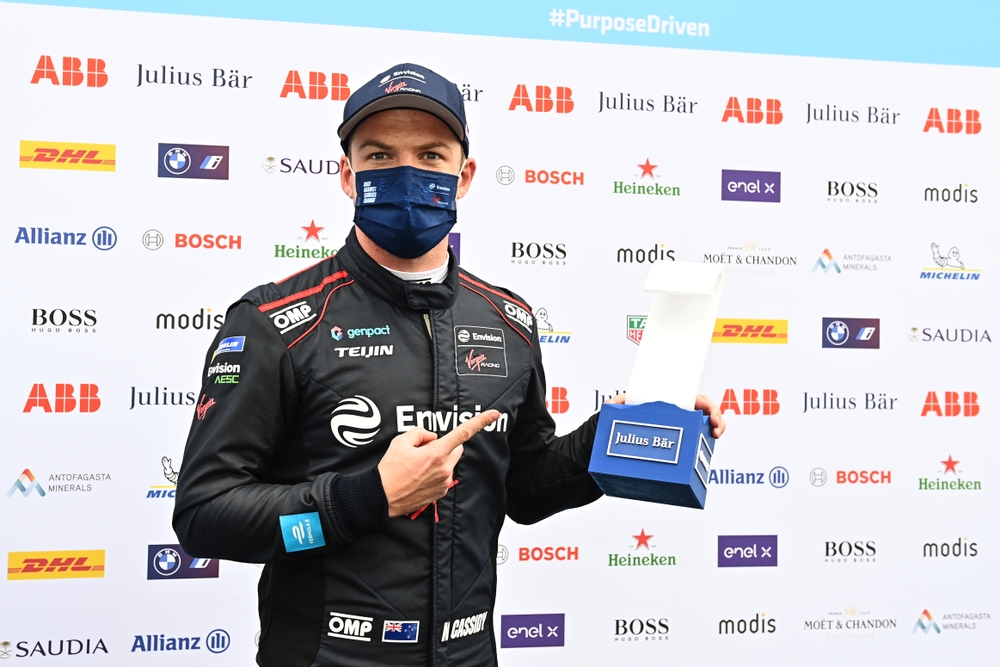 Envision Racing’s Nick Cassidy turned more than a few heads as he stepped into the arena in Rome last year. In his rookie season, and just his third Formula E start, he mastered a wet track, claiming a sensational pole position, and is relishing the chance to get back on Italian soil.

“I’m really looking forward to Rome,” confirmed Cassidy, “both myself and Robin had good pace there last year in both races and I am super confident after the work the team has been doing in the break since Mexico. Rome a really fun city, incredible place to go racing, and hopefully we can continue to show the pace displayed so far this season and get up the front in Italy.”

Last year, Cassidy’s team-mate Frijns claimed a fourth place in his incredibly consistent season-long run which saw the Dutch driver remain in contention of the title, right up until the final race, despite not visiting the top step of the podium all year. 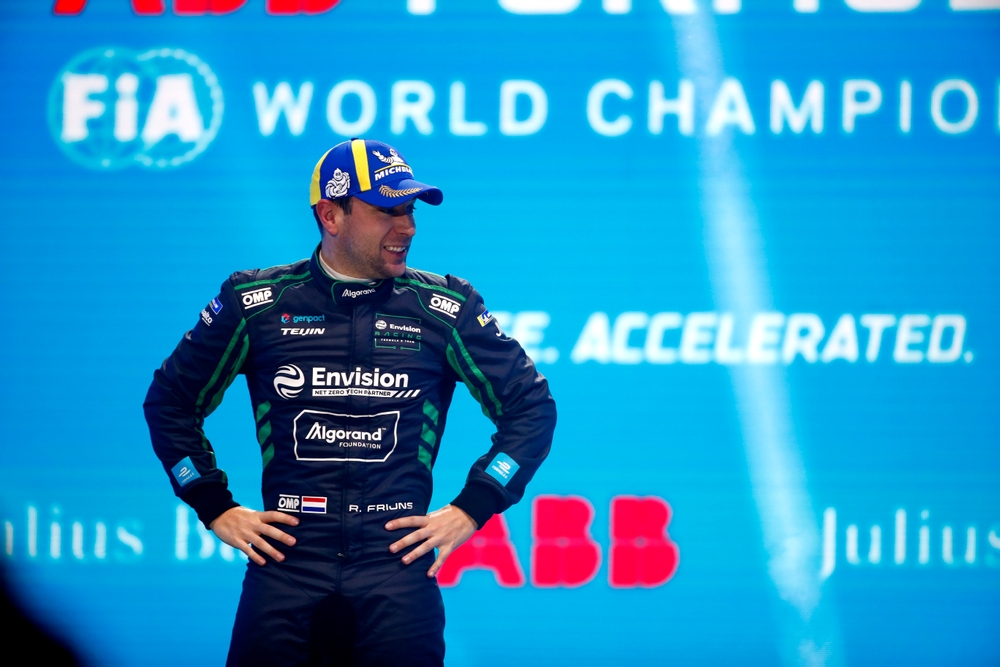 With a second place finish already notched up this year, Frijns will be looking to return to winning ways in Rome, and build upon the stellar qualifying pace shown so far in Saudi Arabia and Mexico City, where the driver of the number four car made it through to the knockout stages of qualifying in both race weekends.

Whatever happens in Rome, it will be fast, frantic, and although the two titles cannot be won or lost this early in the season, a decent points haul in the shadow of the Colosseum would be a sweet tonic for Envision Racing as the team looks towards the Monaco E-Prix at the end of the month.

Keep up to date with Envision Racing

Follow all the action and keep up to date with the team’s progress through Envision Racing’s Twitter profile.