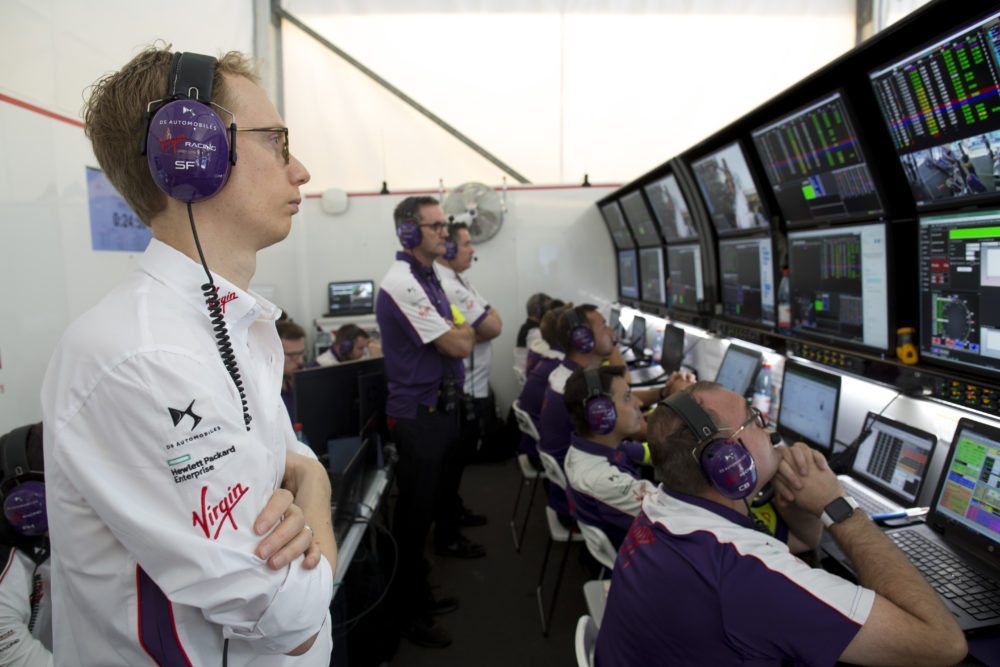 WHAT DO YOU REALLY KNOW ABOUT ELECTRIC VEHICLES?

Why should everyday people – who are not already interested in car racing – start getting excited about Formula E?
Well, firstly it’s good fun! The racing is spectacular with plenty of overtaking and fans can even get involved with something called FanBoost. This lets them vote for their favourite driver (Virgin drivers of course!) with the three drivers with the most votes getting an extra power boost for their car. Fans can literally help influence the outcome of the race.

I think it’s also important for people to appreciate just what electric cars can do; they’re certainly not slow or boring or as quiet as people think. Plus, they can start to see the technology that will be in their electric road cars in the not too distant future.

When you talk to people about the efficiency of electric cars over petrol cars, which facts surprise them the most? And what are the biggest gaps between what people think electric cars can do and what they actually can do?
By far the two biggest concerns people have when it comes to EVs are cost and range. Both can be easily explained. When it comes to price, the initial outlay can be slightly higher, but this is coming down all the time as technology and demand improves. It’s estimated by 2025 many electric cars will become as cheap to own as their petrol equivalent. But don’t forget even now, the average cost per mile of an EV can be as low as 2p; compare that with an average of 12p for a petrol car.

Then it terms of range people often say to me; ‘what if the battery runs out?’. Well, it’s just the same as running out of fuel! Most EVs can happily travel 150 miles on a single charge and many manufacturers are bringing new EVs to market that all exceed 200 miles range, with some far exceeding that number. In the very near future, 200 miles will be seen as a minimum, and this is more than enough to cover most people’s daily driving requirements, don’t forget the average distance driven per day in the UK is only 21 miles! In my EV, I always need to stop for a break/coffee/recharge before my car does! Charging also doesn’t take as long people think – by the time I’ve stopped at a service station, been to the toilet and grabbed a coffee, the car is ready again.

What do you consider to be the most impressive developments around battery tech?
Battery tech has been improving all the time. Trouble is we don’t always notice that our phones, for instance, have been getting faster, more powerful and more power-hungry. In fact, if you could put a modern iPhone battery into a 90s phone, it’d probably go a year on a single charge! Also, it’s not just the power output that has improved, batteries in general have become cheaper, safer and kinder to the environment.

If you look at Formula E for example, in just four seasons we’ve been able to increase race power from 133 to 200kW, while almost doubling the capacity in the battery! Currently, the drivers have to change cars mid-race in order to complete the distance but from next season [December] that will no longer be the case – that’s real, trackable progress.

But the developments are not limited to the battery. It also goes hand-in-hand with improvements in software and infrastructure all driving this development.

How much can electric car adoption really lower carbon emissions? And how soon can we expect them to make a significant impact?
EVs have a double benefit: not only do they not produce any emissions where they are being driven, which will make a huge difference in air quality (as well as reduction in noise pollution) especially in cities where most people live, but their overall emissions are also less than cars powered by internal combustion engines, when taking into account the entire energy supply chain. So very obvious improvements in air quality saving thousands of lives in cities, as well as overall reduced emissions, EVs are a no-brainer. The challenge now is to improve batteries’ energy density and reduce costs to accelerate mass adoption. A recent report revealed that air pollution cuts short 40,000 lives a year in the UK and London regularly contravenes EU limits, so something needs to be done and fast. Beyond electric cars, the wider transport eco-system has to be looked at as well, as clearly buses, and even trucks all need to switch to full electric asap as well.

We’re all waiting to see when autonomous vehicles really do replace driven vehicles. How far away are we? What are we waiting on? And … how much do you think it will have a positive impact on people’s lives and the well-being of the planet?
Hopefully not too far away! The technology is improving all the time with trials well underway – even here in the UK – and really could be a game-changer. However, recent events show that there is still a lot of work to be done before we can safely proceed to mass adoption. As well as the technology, there also needs to be policy and insurance changes working in parallel, but I think by 2025 we will see technologies that are ready to be implemented, but legislation and overall inertia will probably add a few years to that time-frame.

But it’s not just autonomous vehicles we can look forward to. Things like micro-grids and bi-directional charging (in essence, power sharing) are just around the corner, i.e. electricity will flow from renewable energies to EVs through the grid, but the cumulative battery capacity of all EVs can act as a much needed buffer for the grid to become a ‘smart grid’. And this is only the beginning, looking further ahead, when renewable energy and battery storage costs become low enough, we can imagine a world where a nationwide grid will no longer be needed, as renewable energy from solar and wind will be stored and used locally, improving overall efficiency and making large coal and nuclear power plants redundant. So, to summarise, I am firm believer that the combination of renewable energy, battery storage and electric / autonomous cars will radically transform for the better the world we live in!