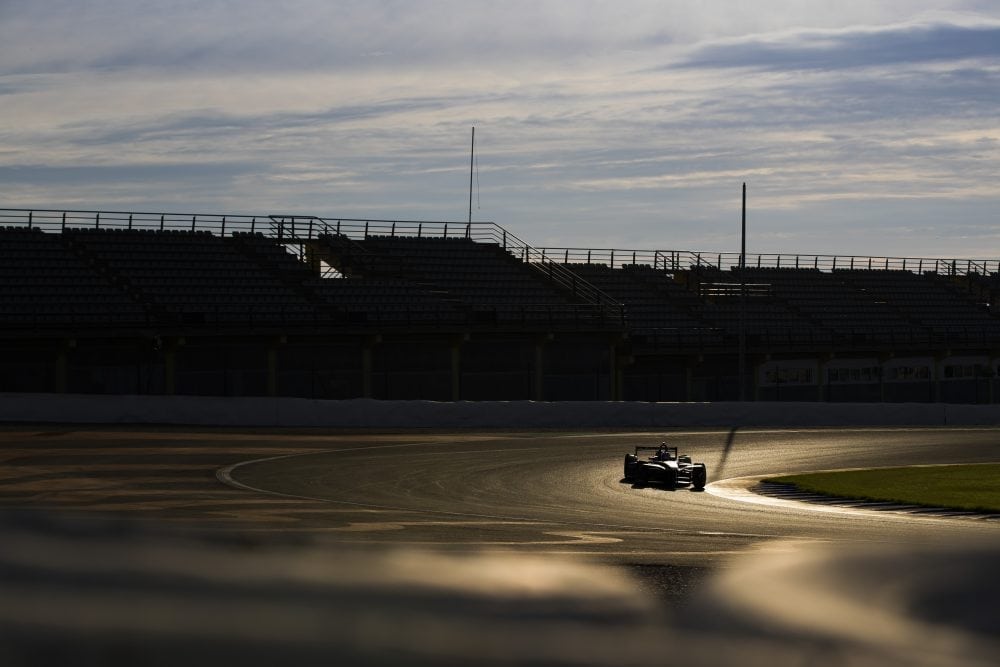 Three days of collective testing are planned at Spain’s Ricardo Tormo track in Valencia, beginning on October 16, through to October 19, with a one-day break on the Thursday.

Testing in Valencia will be the first time since the end of season finale in New York City that the team have run publicly. This gives the fans a first glimpse of what the team has been working on throughout the summer period, with a first look at all 11 teams Gen2 cars.

This year the test will be open to the public on Tuesday 16 and Friday 19, where there will be access to a grandstand near the pit building. Fans will need to register their interest via the link on the Formula E website: http://info.fiaformulae.com/season-5-testing

So you’re able to attend this year, but what can you expect from pre-season testing? Here’s a handy guide to explain…

Firstly, what is the point in testing?
Testing is essentially practice and, as we all know, practice makes perfect. In short, it’s the team’s chance to test their theories about the best way to make the car go faster for the energy allowed. A lot of work has already been done on the simulator but nothing is like testing it for real and correlating your theories with reality. And remember, unlike other series, Formula E happens all in one day so there’s very little margin for error and little opportunity to take big risks. As such, testing is the perfect place to take those risks and find the limits so you’re fully prepared come race day.

How do teams approach the three days?
Weather is obviously a factor but assuming the Spanish sun shines and the wind is not too strong (also a factor), then most teams will start with focusing on the balance of the car, basically ensuring it’s not under or oversteering. From here, teams will start going through their set programmes (sadly it starts to get confidential here) but this will start with replicating qualifying conditions and undertaking a race simulation, as well as aspects such as software development.

But Valencia is not a street circuit so how relevant is the data the teams get?
As with previous testing at Donington Park, the data obtained is never a direct correlation. Valencia is a purpose-built race track with a smooth race surface and plenty of run off as opposed to the rough, bumpy, tight and twisty street tracks of Formula E. However, for sure, Valencia – particularly with its track modifications – is far more representative to the street tracks Formula E race on…and also a greater chance of dry weather!

Where and when exactly is testing taking place?
All teams will be using the 3.09km National Circuit configuration of the track, with an additional chicane inserted on the start/finish straight, giving 12 turns in total. Each day of testing will be split into two sessions, with cars running between 9-12 in the morning session and 2-5 in the afternoon.