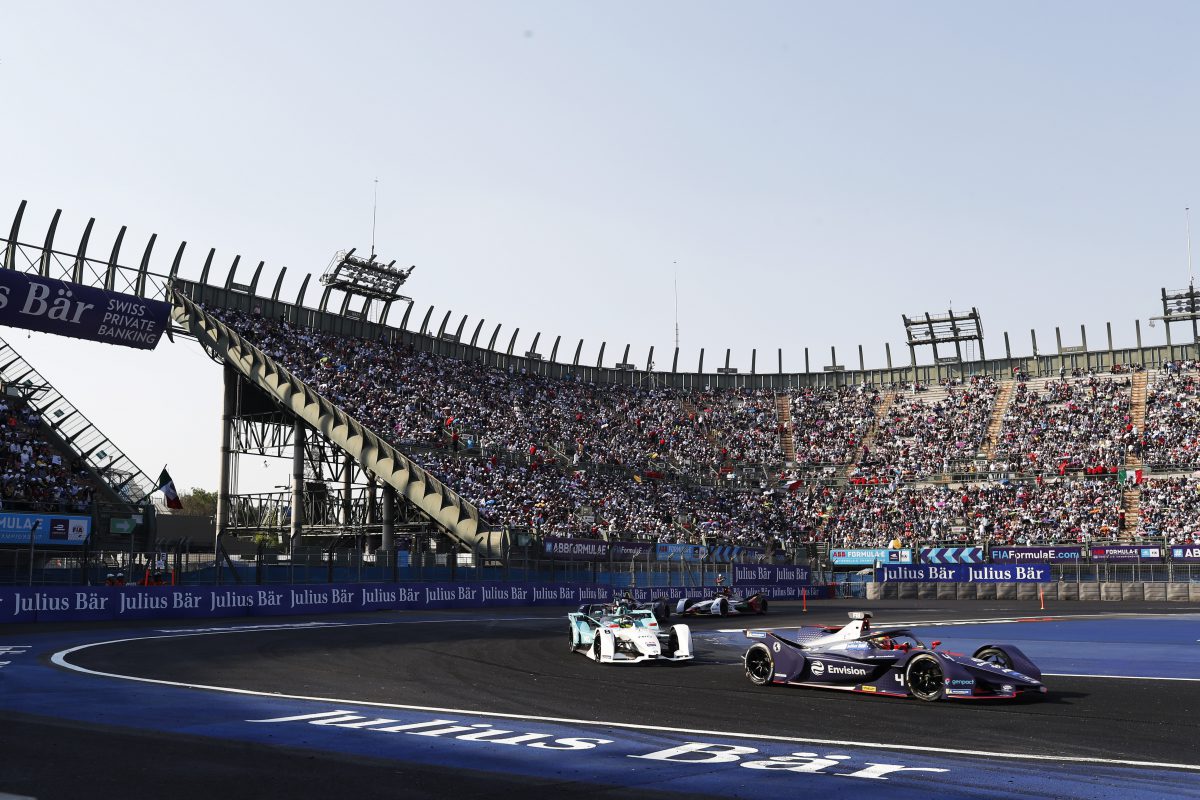 Sam Bird secured yet more championship points for Envision Virgin Racing during today’s dramatic Mexico City E-Prix, after producing a superb drive from the back of the field, making up 13 places on his way to ninth place.

After enduring a difficult qualifying session, the Briton had to fight his way through the field from 22nd at a track that is notoriously hard to overtake on.

The 32-year-old benefited from the red flag incident involving Nelson Piquet Jr, Jean-Eric Vergne and Alexander Sims, which promoted him to 15th place after gaining three places on the opening lap.

Bird then used his Attack Modes strategically to pass Oliver Turvey and team-mate Robin Frijns to give him a chance of passing Mitch Evans in the final two laps of the race.

However, energy management became a huge factor in the final two laps as the two Nissan e. Dams drivers of Oliver Rowland and Sebastien Buemi ran out of usable energy with a lap remaining, forcing them to slow down. This promoted Bird into ninth place allowing him to take home a well-deserved two points, which keeps him in championship contention.

Frijns just missed out on a points finish after the Dutchmen crossed the line in 11th place.

The 27-year old was in an intense battle with Jose Maria Lopez and Oliver Turvey which he was able to overcome, but couldn’t quite catch up to Sam to try and steal another point for the team.

The result sees the team now lie in second place in the championship standings, with Bird in third in the drivers’ standings and Frijns in seventh.

Bird, 32, said: “We’ve always had mixed results at this track and today was one of them. Qualifying was really frustrating and to start so far down the order is always tough. I actually thought it would take a miracle to score points from this position, but we did just that. We just kept pushing, in what was a crazy race, and got our reward.”

Frijns said: “That was certainly a tough day. We weren’t quite there on pace in practice and then qualifying didn’t go our way either. Of course, starting at the back hampered us in the race, but we made the most of it and were unlucky not to come away with a points finish.”

Sylvain Filippi, Managing Director at Envision Virgin Racing, said: “It’s been a challenging weekend for the team and the results don’t reflect our true potential, as our race pace was very strong. Sam and Robin both drove superbly in what was a chaotic race, especially with the long stoppage period. To come away with a points finish from where we started is a fantastic achievement for the whole team. For sure, we will look at the data and see where we can improve and look to come back stronger at the next race in Hong Kong.”

The next Formula E round takes place in Hong Kong on March 10.