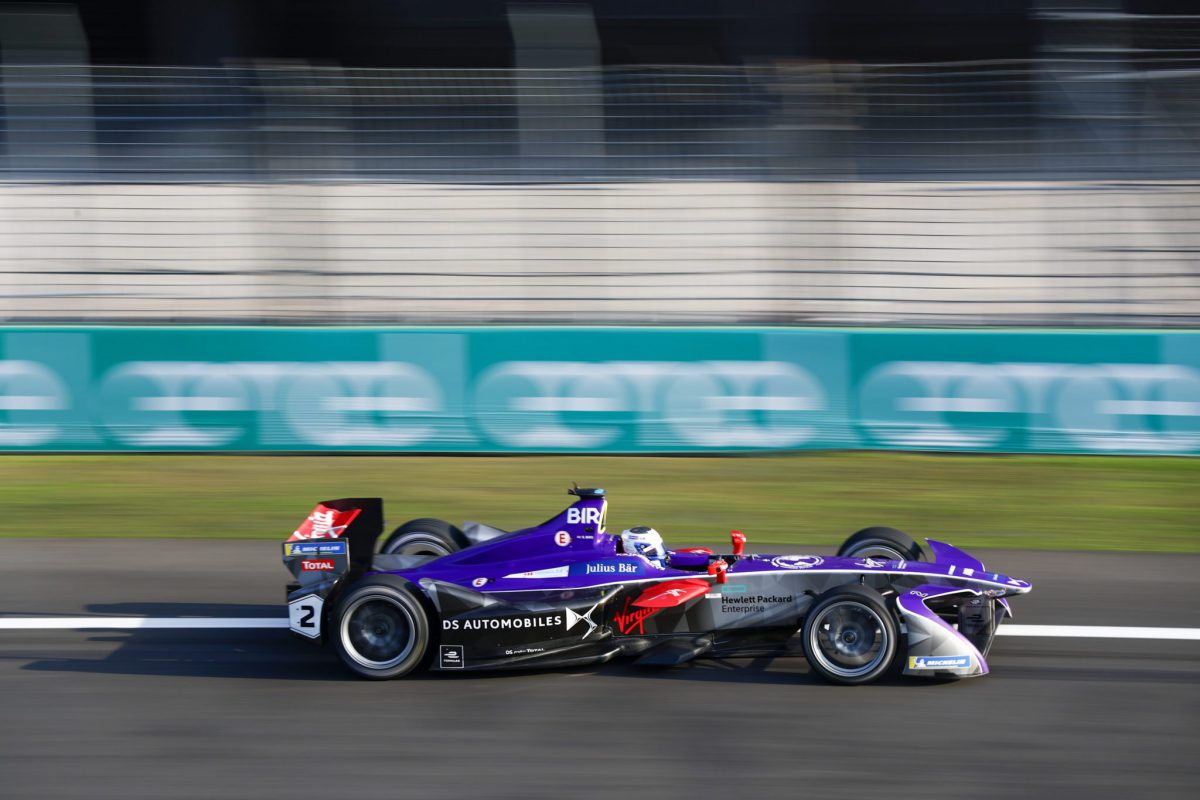 Virgin Racing’s Alex Lynn finishes in the points at the Mexico City E-Prix, in front of roaring crowds at the Autodromo Hermanos Rodriguez.

The British driver showed very strong pace in the opening practice sessions and despite a crash in FP2, was able to qualify in second position, with team mate Sam Bird qualifying in ninth as a result of a suspension issue.

Due to previous gear box changes both Virgin Racing drivers incurred ten place grid penalties for the Mexico City E-Prix, and after penalties were applied across the field, lined up on the grid in P10 and P19 respectively.

Bird pitted a lap earlier than the rest of the field and following a good car change was able to move up several positions. Unfortunately, a later incident with Prost saw the Brit fall down the rankings as he then continued to push on and battle hard around the 17-turn circuit.

Meanwhile, Lynn maintained consistent pace throughout whilst fighting against those around him. Following a good pit stop Lynn returned to the track in ninth position and continued to push hard, allowing him to finish in the points.

Lynn said “Today was really positive, the team has showed we were fast through both free practice sessions and then making it into the Superpole shoot-out and qualifying in second. Unfortunately, due to a grid penalty, we started the race in tenth but managed to retain the place despite a frantic race. The performance we’ve shown today is positive and we’re confident moving forward to Punta Del Este.”

Bird said “It was a tough day at the office, we knew it was going to be difficult from the start of the weekend with the grid penalty, but we showed strong pace in both practice sessions. Going into the race, we knew we had to try something different with our strategy today, sadly this didn’t quite pay off but it’s positive that I still remain third in the driver standings. I’m looking forward to be racing again in Punta Del Este in two weeks time.”

Team Principal Alex Tai commented: “We came into this weekend knowing we had difficult race ahead, but from the start of the weekend we showed we had the pace to challenge at the top. We were strong in all sessions prior to the race, with Alex making it into Superpole and qualifying second and Sam making it into the top ten. Whilst it is disappointing to only come away with one point this weekend, the team showed how competitive we are amongst fierce opposition. We look forward to showing our true potential in a couple of weeks when we race in Punta Del Este.”

DS Performance Director Xavier Mestelan Pinon added: “The assessment of the weekend is disappointing, with only one point scored. Starting with ten place grid penalties for both cars, our chances of being able to position high on the grid were slim. However, we remain positive as we remain third in the driver championship and are close to the top three in the team standings. The team will now focus on the next race in Punta Del Este, in two weeks, where we hope to be competitive once again.”