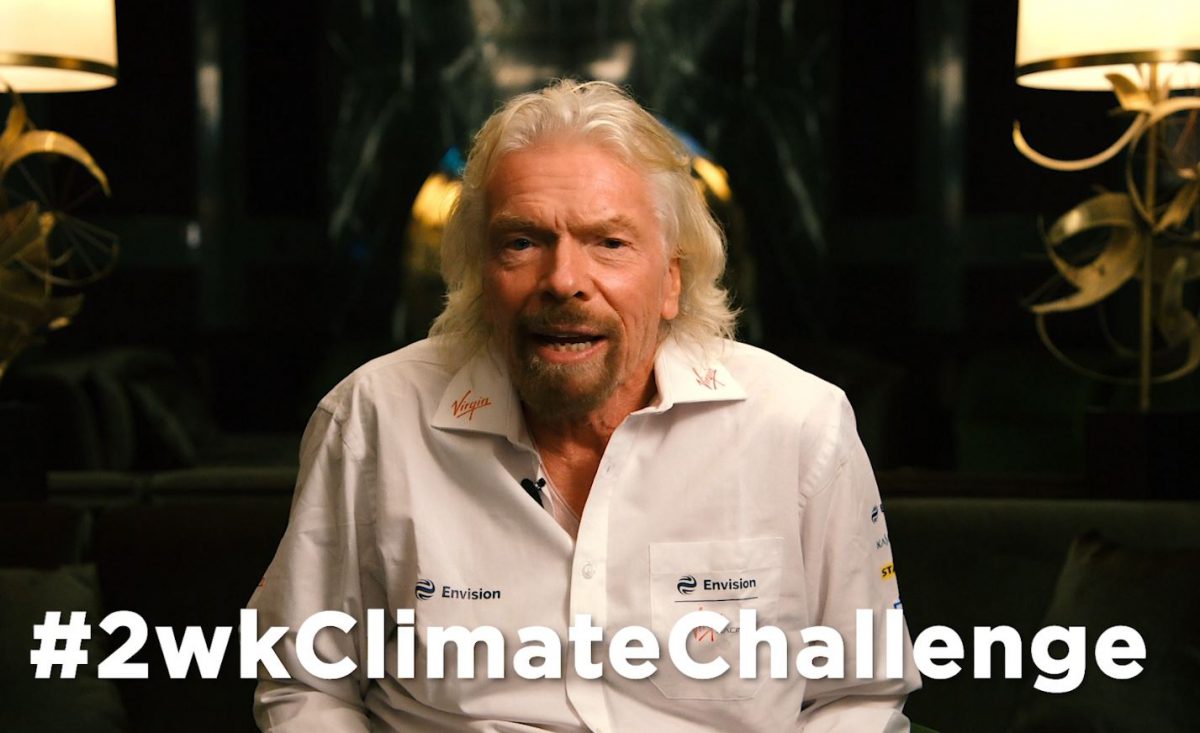 As part of the team’s build-up to its New York City Innovation Summit next month, Envision Virgin Racing is launching a new sustainability campaign entitled the #2wkClimateChallenge.

Backed by Virgin Founder Sir Richard Branson, the challenge is part of the team’s Race Against Climate Change (RACC) initiative  and is designed to encourage everyone to think more about their carbon footprint.

Beginning Friday 28th June for two weeks, the team is challenging people to ‘give up’  and/or change something very simple about their daily habits for two weeks to make them more sustainable.  The challenges are all very simple (see list below or you can make up your own!), and range from giving up eating red meat to switching to only using reusable coffee cups. 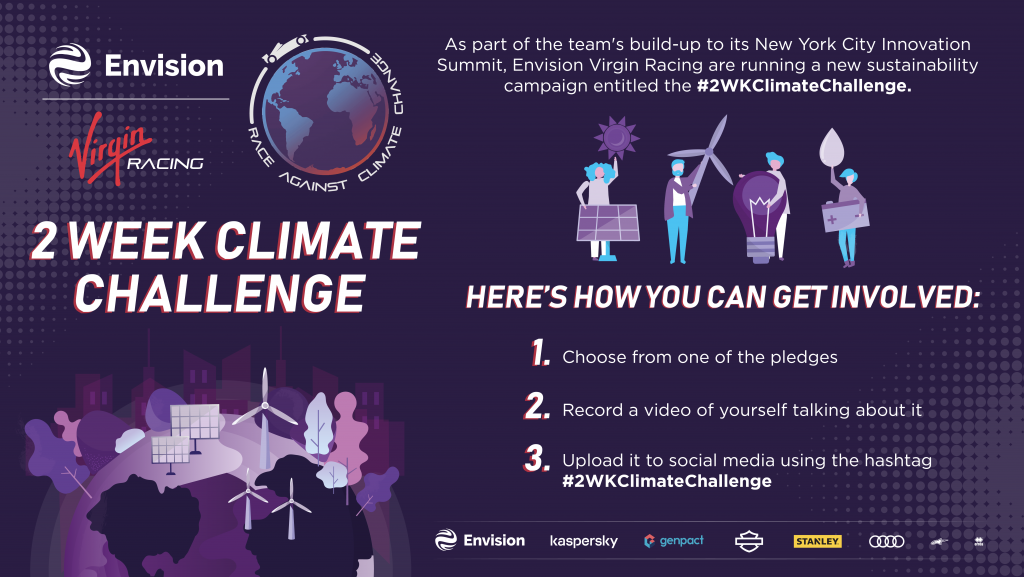 It’s hoped that by changing something for just two weeks, it can become permanent and make a small step on tackling climate change.

The whole of the Envision Virgin Racing team – including drivers Sam Bird and Robin Frijns – are taking part and for the next two weeks we will be revealing what each team member will be doing for the challenge.

So, if you want to get involved it’s simple. Simply pick one thing from the list below, record a video of yourself talking about it, and upload it to social media using the hashtag #2wkClimateChallenge.

– CUT OUT RED MEAT:  The global livestock industry produces more greenhouse gas emissions than all cars, planes, trains and ships combined. Changing the way we eat is one of the easiest ways to help the planet and is good for you too!

– CAR SHARE: The average person spends 18 days of the year in a car, with each car approximately emitting its own weight in carbon dioxide. The benefits of car sharing are quite simple; one car uses less than two and so on. Change at least one journey to a car share one.

– TURN OFF THE TAP: Water makes up 72% of the Earth’s surface so reducing your consumption is paramount to helping climate change. Leaving the tap on whilst brushing your teeth, for example, uses the equivalent of four gallons of water per minute; or 200 gallons a week for a family of four. Turn it off!

– SWITCH TO REUSABLE COFFEE CUPS: A staggering 2.5 billion coffee cups are thrown away each year in the UK and only 1 in 400 are recycled. Take matters into your own hands and switch to a reusable one you can use again and again.

– WALK MORE: It goes without saying that cutting out unnecessary car journeys makes a difference to the planet and to your health, so pledge to swap at least one car journey for walking.

– WASH AT 30°C: Washing clothes at 30°C uses around 40% less electricity over the course of a year so you save money, energy and the planet by doing the same.

– UNPLUG YOUR DEVICES: You might be surprised to learn that all electronics consume energy when they’re plugged in, even if they’re powered down. In the U.S. alone, ‘vampire power’ is responsible for draining up to $19 billion in energy every year, so pledge to leave your electronics unplugged at all times.

– STOP PRINTING: Wasting paper can have a harmful impact on the environment in so many ways. It might also shock you to know that it takes an average of five litres of water to produce one A4 piece of paper! So play your part and go print free for two weeks. 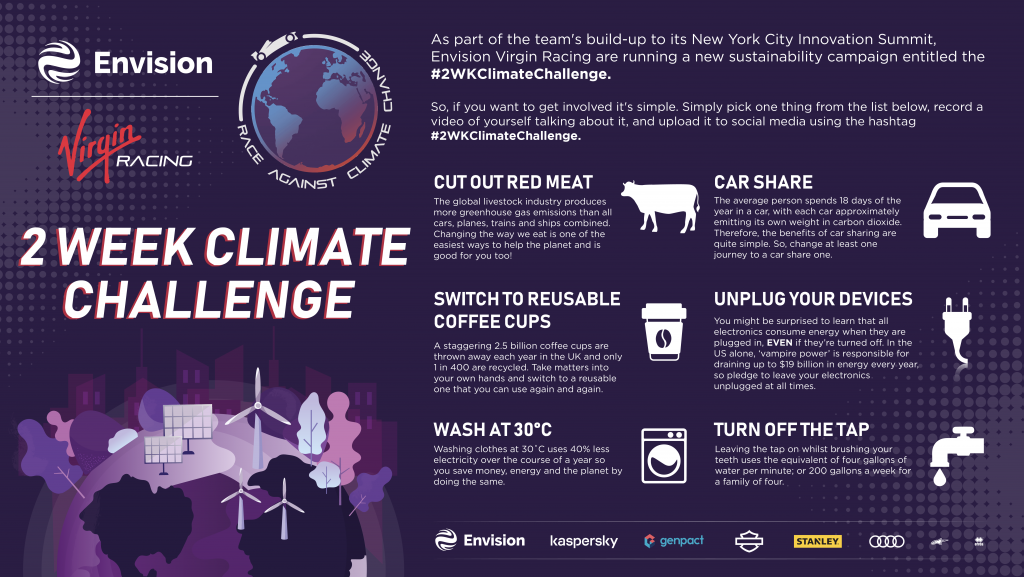