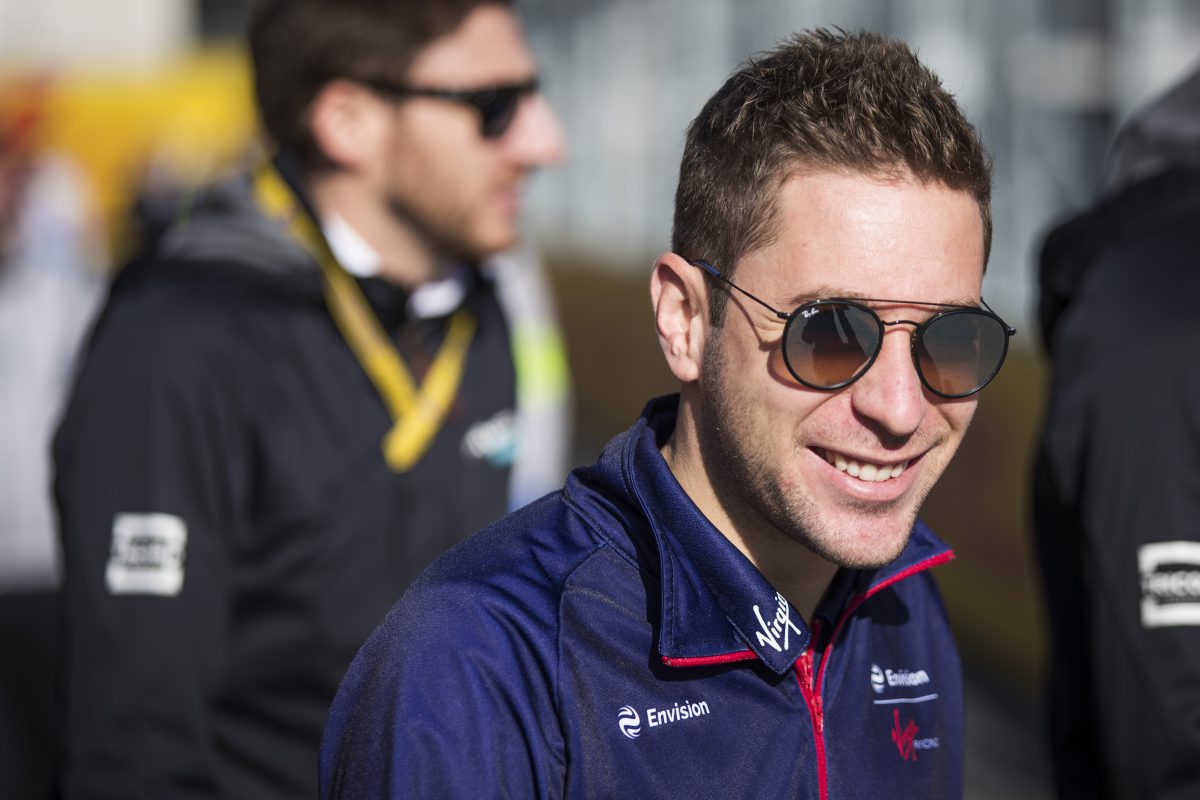 It was my first time at the Rome E-Prix and what I’d heard and learned in the simulator was true, it is such a great race track and a real challenge for us all at the Envision Virgin Racing team.

There was a great buzz about starting the European leg of the championship in such a wonderful city. You can’t beat racing in Italy because you feel the passion in the culture and the natural thirst for competition that the Italian people have.

Before things got underway we had a nice Envision Virgin media event in the city on Thursday which was attended by the Mayor of Rome, Virginia Raggi.

She is one of the visionaries of getting the Rome E-Prix in place and it was good to hear from her about what it means for the city as it looks to improve its mobility and reduce pollution in their beautiful capital.

Taking the action as a whole I think we achieved the maximum last Saturday. I would describe it is a solid result which was a good contribution to stay in touch at the top of the points table for the teams’ title fight.

We had a small issue in first practice, but it was soon rectified.

In the second session I was not feeling completely happy with the car and was struggling with my 250 kW run but in qualifying I pulled out a pretty decent lap which I was quite happy with.

I’ve been vocal before about improving in qualifying because it is just so vital with the way that the races are now run in Formula E.

Actually, it has always gone the other way for me, with good practice sessions, then qualifying goes a bit wrong from my side, but here was the opposite, so I was pretty happy with the pre-race running.

I lined up eighth on the grid and made a good start and was able to take both of the Dragon guys, but then Guenther got a better trajectory out of the hairpin and was through.

Then when we got to the downhill section after Turn 2, he dropped the car and went completely across me. It was pretty close and I looked in my mirrors and saw him hit the wall.

After the red flag mess, I got overtook Oliver Rowland’s Nisan pretty quickly and then I tried to overtake Buemi on [my first] Attack Mode, but I couldn’t because the Nissan still had the better of us out of the corners.

I settled into a rhythm, I was hitting my energy targets nicely, but the top two of Andre Lotterer and Mitch Evans were still managing to pull away.

I was closing up on Buemi who was in fourth place when we decided to do the undercut.

I went to Attack Mode and the moment I went to attack mode I really pushed a lot to be back on his tail, which was the case, because after a half lap again I was right behind him.

Obviously, I was trying to overtake him, but I knew that he still needed to go to attack mode as well which he did the lap after, and I overtook him there. I knew that I was then running out of my attack boost, and he came back at me so I needed to pull away, which I was able to.

Then on the last lap he came back at me again and was rapidly on my tail, so he still had some energy to burn and was quick.

So we got a good bunch of points for fourth place but sadly Sam was taken out early on which meant we dropped from the lead to second in the team standings. But it’s so close this season and we remain just seven points off the top.

The next race in Paris will all about qualifying because the track is so short and narrow. I think I made some steps this weekend on my approach and execution in qualifying so hopefully that is a trend that will continue.

Sam has always been very strong in qualifying, but he’s been in Group 1 lately. Both of the Envision Virgin Racing cars now are in Group 2 for Paris so everything looks quite promising, so we will aim to start in the top five and hopefully we will have a good result there and keep the momentum going.