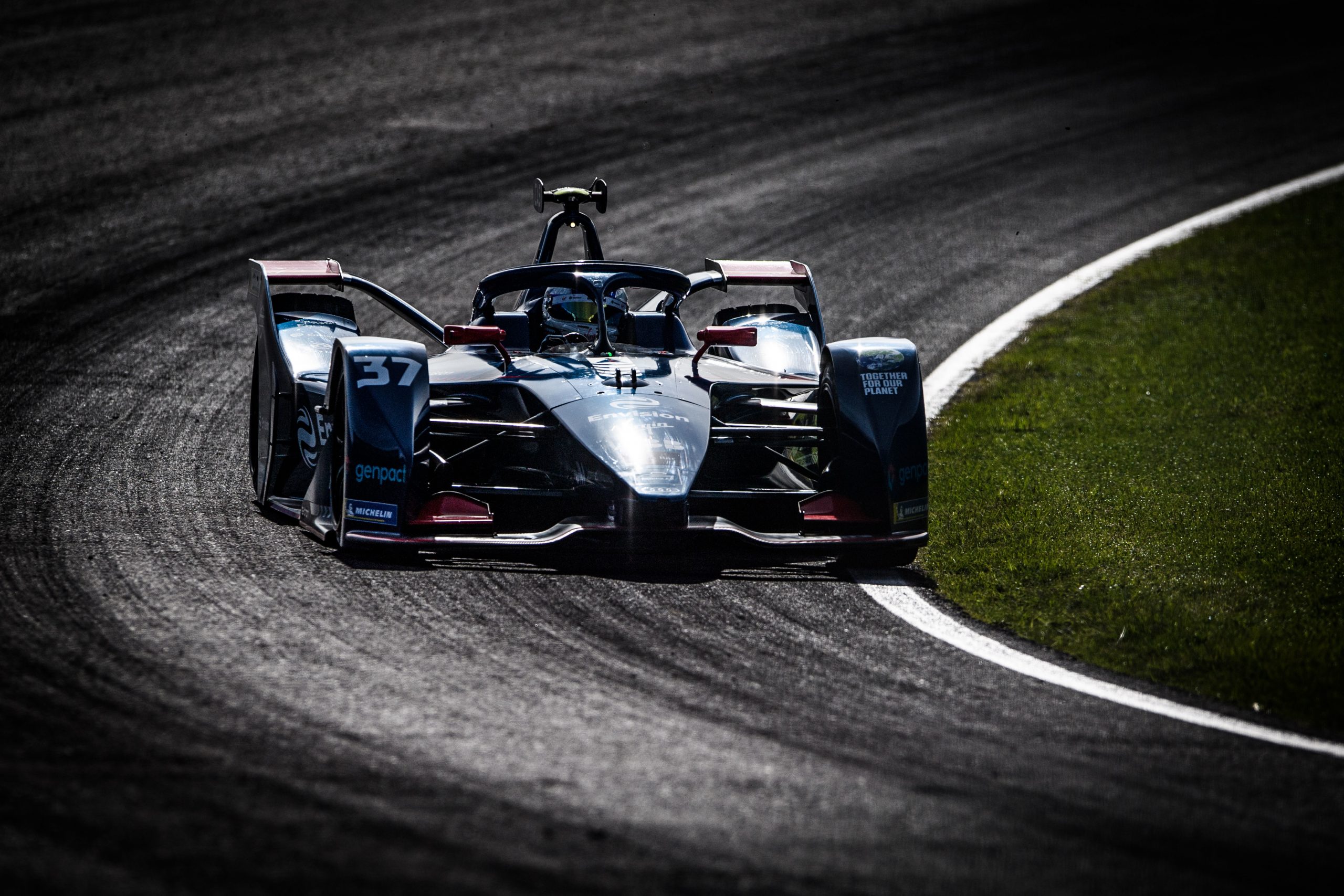 FROM SATURDAY DESPAIR TO SUNDAY SUCCESS: SECOND PLACE AND REDEMPTION FOR CASSIDY IN MEXICO

Saturday’s round eight of the 2020/2021 ABB FIA Formula E World Championship may have been a race to forget for the Envision Racing Formula E Team, but Sunday’s round nine was a day to remember forever for the team’s Nick Cassidy who bagged a maiden podium.

Not only did Cassidy combine stellar attack and defence skills and some blinding overtaking to end up on the podium, but the Kiwi, along with his team back in the garage, also recovered from considerable car damage sustained on lap one of round eight to bounce back in some style. 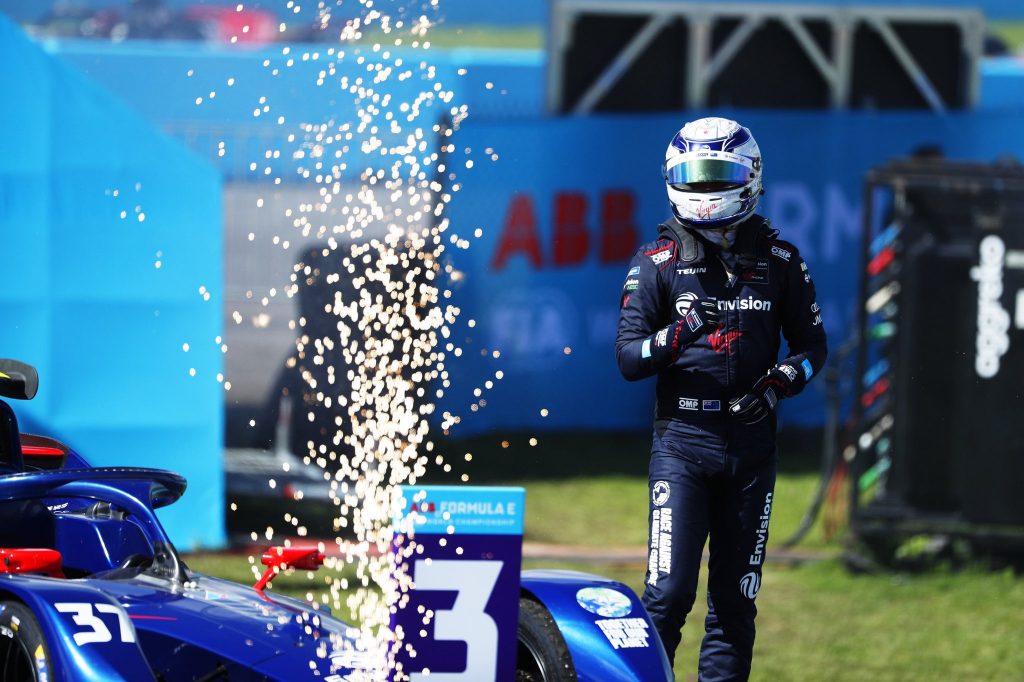 Behind winner Edoardo Mortara, Cassidy executed a measured race and a breathtaking overtake on pole-sitter Oliver Rowland to repay his team’s superb overnight repair job to stand on a Formula E podium for the first time. Cassidy finished the race third on the road, but sensationally was promoted to second place after initial runner up Pascal Wehrlein was slapped with a five second time penalty hours after the chequered flag.

Cassidy’s Envision Racing team-mate Robin Frijns showed some grit and speed to fight back from 21st on the grid only to narrowly miss out on a points scoring position, finishing in 11th and ceding the championship lead to Mortara.

Even Before the action got under way on day two of the Puebla E-Prix the The Envision Racing Formula E Team were forced to put in a serious shift, and call upon all their mechanical and logistical skills to get Nick Cassidy’s car ready for qualifying for round nine of the 2020/2021 ABB FIA Formula E World Championship, and boy did they do a good job.

After a chastening first lap exit in Saturday’s round eight which resulted in considerable damage to the team’s Audi e-tron FE07 chassis, it was all hands on deck to get the Kiwi racer out and Cassidy backed up the hard work to qualify in eighth place on the grid.

At the start of the 45 minute-plus-one-lap race Cassidy signalled his intent, making up a place amid the dust and chaos of lap one, sandwiched between Sébastien Buemi and Alex Lynn with former champion Buemi making his way around the Envision Racing into seventh. 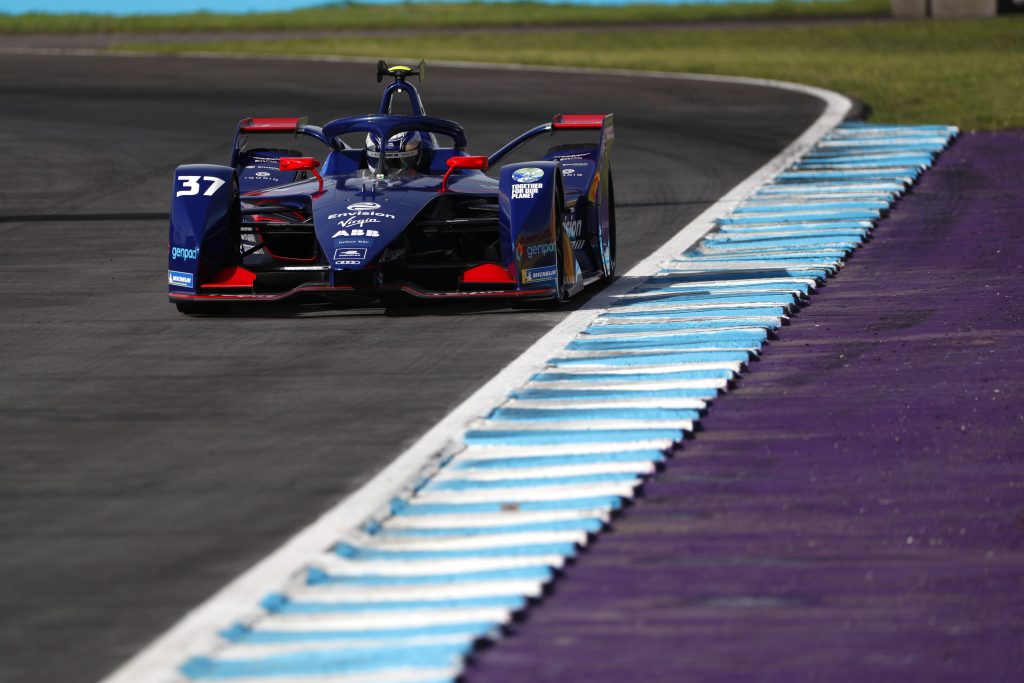 Cassidy did not let the Swiss driver get away and duelled with the Nissan e.dams man several laps later as the race settled down, with pole position man Oliver Rowland holding the lead, only to relinquish it following his first Attack Mode phase.

In the latter stages of the race Cassidy managed to hold fourth place as he took his second Attack Mode, leading DS Techeetah’s Jean-Éric Vergne as up front yesterday’s winner on the road Wehrlein chased down Mortara for the win.

Any pressure from Vergne on Cassidy’s fourth place evaporated with just under nine minutes on the clock as the French driver spun at turn one and a couple of minutes later António Félix da Costa slammed into the barriers at turn four and into retirement.

Entering the final few minutes Cassidy was right with Rowland in the fight for the final podium place. With his Saturday woes well and truly in his rear view mirror the Envision Racing driver made his move on Rowland to snatch the final podium place, which would later become the runner up position, just as team-mate Frijns hustled Jaguar’s Mitch Evans for 10th as the race entered its final lap. 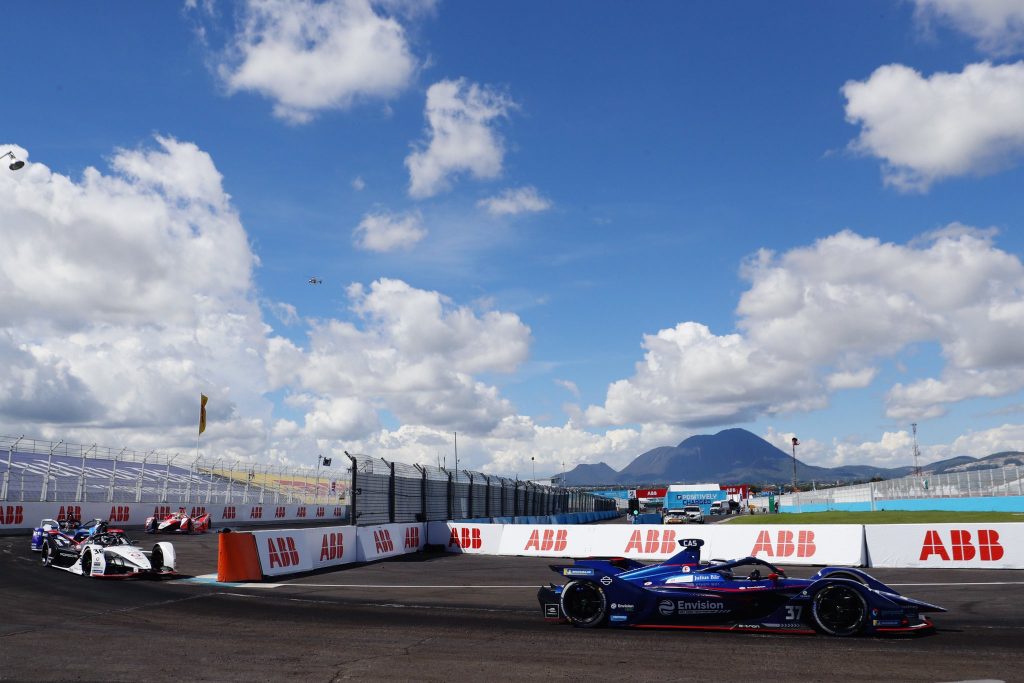 Cassidy underlined a mature and gutsy performance with a brilliant move on pole position winner Rowland to at first take and then maintain his podium place which he took with aplomb.

Moments after what he thought was a third place finish Cassidy revealed: “I’m so relieved,  I feel like we’ve been fast all year and honestly, last night I was really down. I didn’t really change much in my approach today. I think as a team we did a few things better. The car was a bit better, I was a bit better and the result came so I’m really happy.”

Sylvain Filippi, Managing Director at Envision Racing said: “”It was such a great feeling to see Nick on the podium after the team worked almost all night to rebuild his car. I am proud of how the whole team pulled together to achieve this great result, it was excellent team work. Congratulations to Nick, he has shown great speed this season and I am very pleased that he has scored his first podium in his first year with us. Robin also showed very strong race pace today, making up many places and finishing just short of the points. We are very excited for the remainder of the season and are already looking forward to the NYC double-header!.”

Having endured a difficult first race of the weekend in Puebla, championship leader Robin Frijns started round nine of the championship down in 21st, electing to take his first Attack Mode early on. Prior to the race the Dutch driver said “staying out of trouble” was his paramount objective and managed to enter the final 30 minutes if the race in 19th place in his valiant bid for points.

As Frijns sought to maintain his advantage at the summit of the championship, he was handed a bonus as title rival Nyck de Vries was forced to pit with terminal car damage, ending any hope of a points finish. As the dust settled from mid race contact in the midfield Envision Racing Frijns had moved up to 14th, behind title rival Stoffel Vandoorne.

Entering the final 10 minutes Frijns moved into the top 10, and crucially into the points, only to end up 11th at the chequered flag, but heads to the New York City ePrix in July just 10 points adrift of new championship leader Mortara with everything to play for. 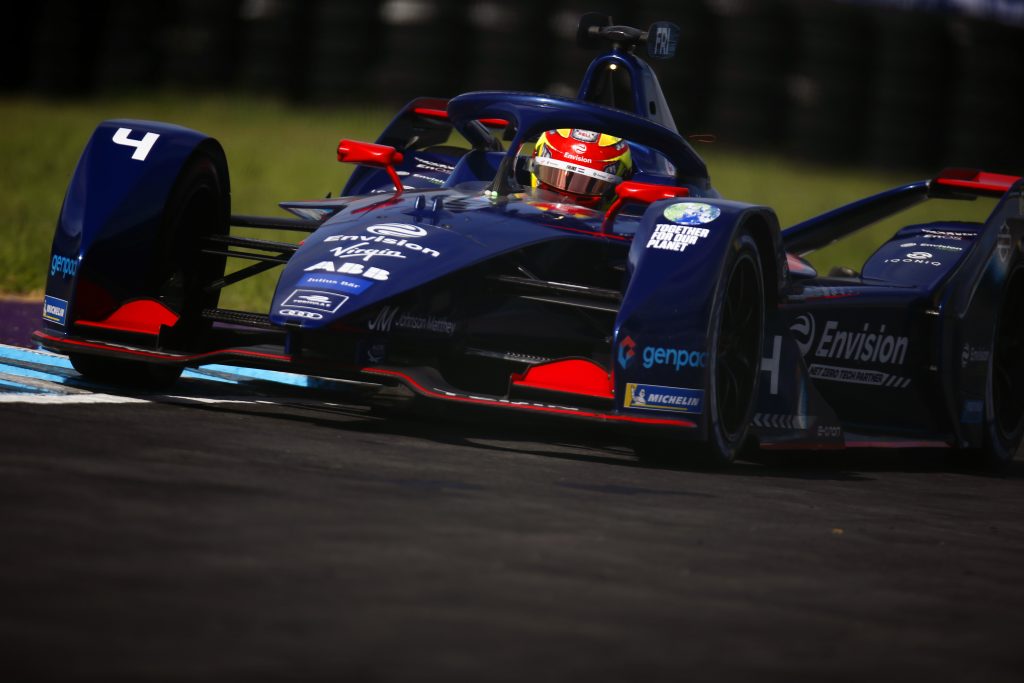