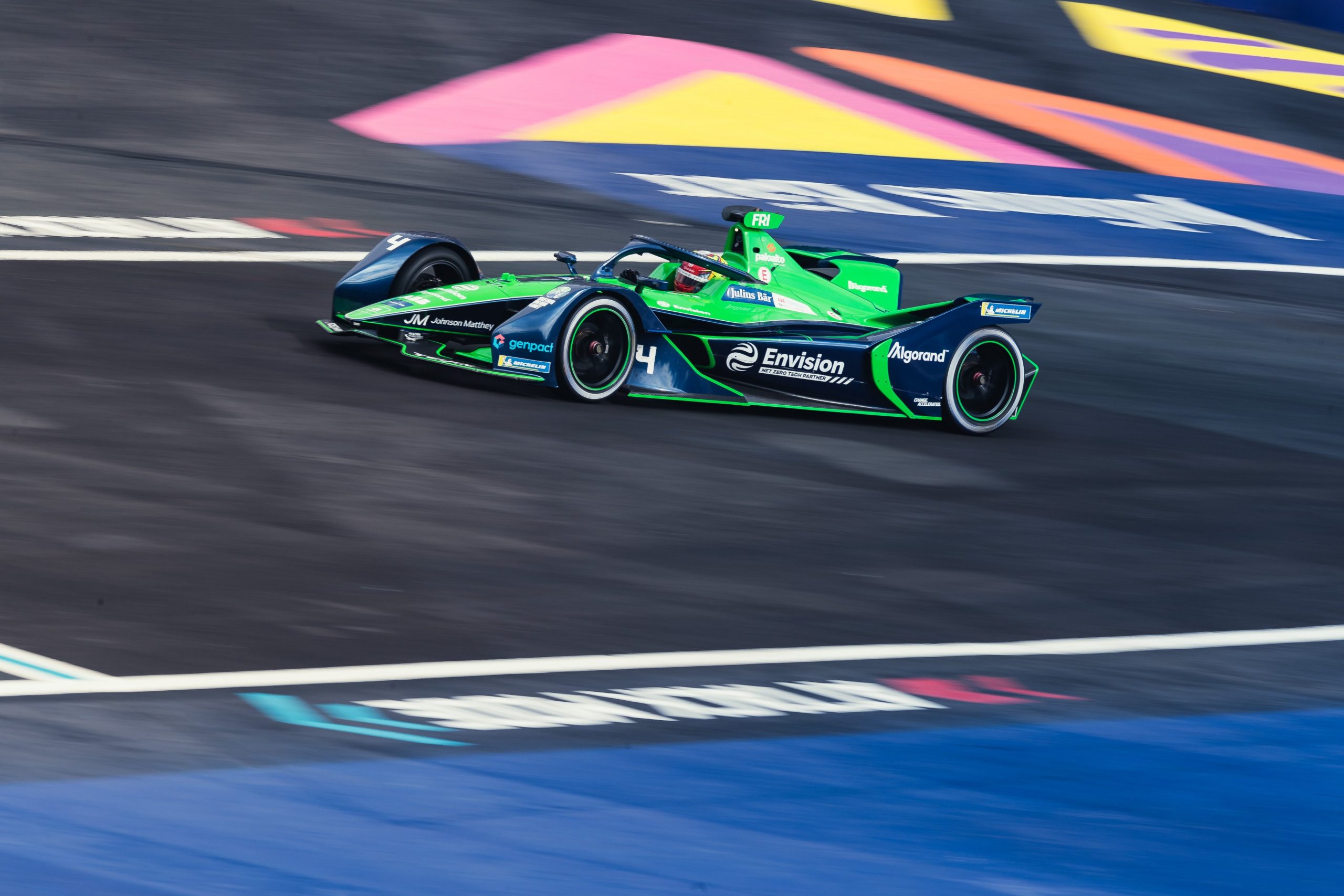 Envision Racing’s Robin Frijns fought hard as the ABB FIA Formula E World Championship returned to Mexico City and the Dutch driver showed why he is one of the hardest racers in the sport.

Vital points and a seventh place finish for Envision Racing’s Robin Frijns masked the full story of a Mexico City E-Prix packed with some stunning passes and world class racecraft from the Dutch driver.

Starting seventh, Frijns fought with the leading quartet for much of the race, but despite pulling off one of the best overtakes of the season so far, the grip just wasn’t quite there for a second consecutive podium after an intense, high altitude Mexico City E-Prix at the Autodromo Hermanos Rodriguez circuit. 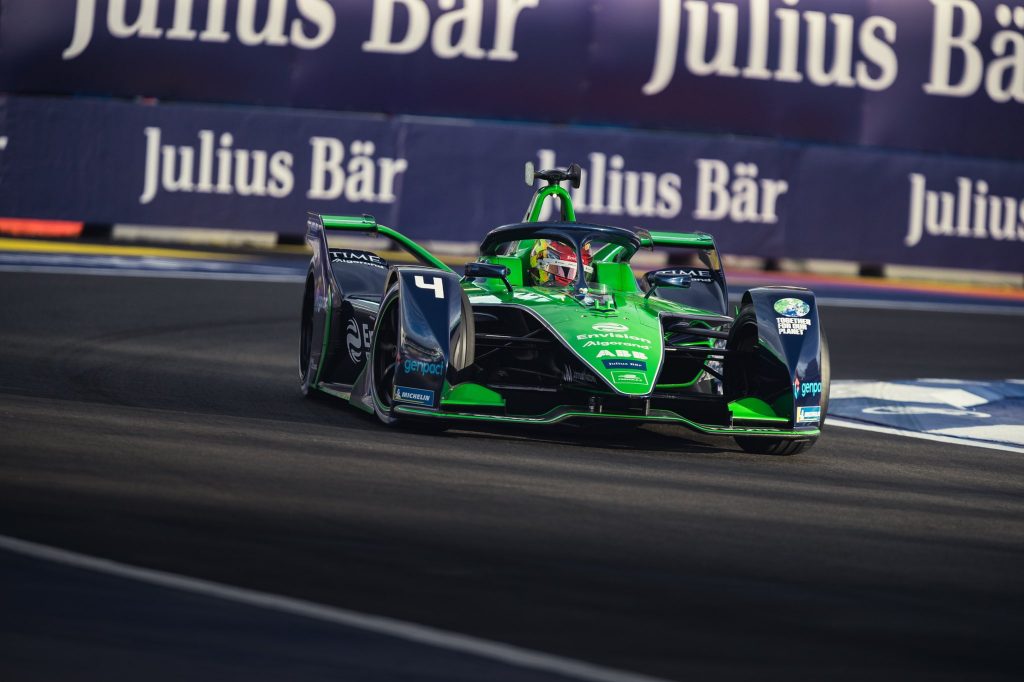 Both Envision Racing cars were entered into qualifying Group B. In the opening phase, Frijns showed a continuation of the strong pace displayed in FP1, ending up second, just a thousandth of a second behind early Group B pacesetter António Félix da Costa. Frijns’ team-mate Nick Cassidy followed suit with a great lap, setting the fourth fastest time ahead of the second run.

In the scramble to make the knockout phase of qualifying, Frijns ended up a superb third and lived to fight it out in the duel, whilst Cassidy concluded qualifying fifth fastest in the group, just ahead of compatriot Mitch Evans in the Jaguar, ensuring a ninth place starting slot for the E-Prix.

It was Frijns versus Edoardo Mortara in the quarter-finals. A repeat of the quarter-final shootout for race two in Saudi Arabia. Frijns was spectacular and a little bit sideways, but sadly could not match the Venturi drivers pace, handing the Envision Racing driver a fourth row grid place in seventh.

Envision Racing’s Cassidy emerged as the most notable mover at the sharp end of the field on the opening lap of the E-Prix, moving himself up one place and behind team-mate Frijns. The double E-Prix winner set about harassing Nyck de Vries for sixth place, as the field settled into the 45 minute-plus-one-lap race.

Frijns made his move on compatriot de Vries to snatch sixth place at the beginning of lap four with a clinical pass under braking for turn one, and one lap later was right with fourth place driver da Costa.

Ahead of Frijns, it was all change up front as polesitter Pascal Wehrlein lost the lead to round two victor Mortara. Things were also shuffling behind the number four Envision Racing driver, as team-mate Cassidy took his turn to overtake the Mercedes of de Vries and claim seventh as the race ticked towards the 30 minute mark.

Cassidy’s move meant the Envision Racing machines were once again formation flying, and close quarter combat between the cars battling for third allowed Frijns to edge closer to a sight of the podium places, and more specifically, the rear of Andre Lotterer’s Porsche.

Damage to da Costa’s front-right wheel cover, caused by contact with Wehrlein was a bonus for Frijns, as the hobbled DS TECHEETAH lost speed, promoting the Envision Racing driver to fifth, only for positions to be swapped a couple of laps later.

Entering the final 20 minutes the cat and mouse battle between Frijns and da Costa continued. Frijns used his Attack Mode advantage to execute a bold and brilliant pass on the Portuguese driver, only for da Costa to make a desperate lunge under braking for the hairpin entering the stadium section, forcing the Envision Racing driver to defend and hang on to fifth position.

Shrugging off any notion of potential contact, Frijns found himself once again right with Lotterer and within sight of the head of the field. Fifth became fourth with 15 minutes left to run as Frijns made it around Jean-Éric Vergne, as team-mare Cassidy looked to consolidate 10th place and bag vital points.

With 13 minutes remaining it was all change at the front. Wehelein reclaimed the lead from Mortara, followed by Porsche team-mate Lotterer, as Frijns piled the pressure on the new third place driver in a hunt for a second consecutive podium.

The battle for the win was shaped by four cars as the race approached the final few minutes. Crucially, the chasing Venturi and the Envision Racing car of Frijns possessed less usable energy than the leading brace of Porsche cars, but that didn’t stop Frijns pulling off another brilliant move on Mortara to snatch third place at turn one.

Entering the final five minutes Frijns had gone from hunter to hunted as Mortara headed a train of cars all hungry to take the podium as Vergne took up the pursuit of the Dutchman. The big question was, could Frijns manage his inferior energy stocks and take another podium?

The answer was yes, but mainly no. Despite some plucky defensive driving with a couple of laps remaining, Frijns ended up sixth with one lap remaining, but following one of the passes of the race with worn tyres all locked up, Frijns nailed the move on Mortara to take fifth once more.

However, it wasn’t to last, and Mortara would have the last say in the race-long battle between the pair, taking fifth. When all was said and done, Frijns would end the day seventh at the flag as up front Porsche claimed a maiden one-two finish with Wehelein leading home Lotterer.

The Envision Racing squad leave Mexico and head back to Europe for the stunning backdrop of the Rome E-Prix, and Frijns exits the Autodromo Hermanos Rodriguez circuit upbeat, with his sights set on success in Italy.

“The race was actually pretty good,” commented Frijns. “From the beginning I felt confident, but things got a bit complicated by the middle of the race and I should have easily finished in the top five, but we scored some points so it’s not too bad.

“I am looking forward to Rome. It is one of the longest tracks we race at and it is really up and down, fun to drive on, and I enjoyed racing there last year. Qualifying was especially enjoyable last year as we had wet conditions and it really suited me.”

Envision Racing’s Cassidy went for his double Attack Mode late in the race, and after a strong opening phase to the E-Prix, this strategy seemed to pay off as the Kiwi driver ran as high as seventh with 10 minutes remaining. However, a points finish wasn’t to be for Cassidy, who ended up 13th at the flag.

“It was a challenging race,” affirmed Envision Racing’s Managing Director & CTO Sylvain Filippi. “I’m pleased that we scored some points, but it could have been so much more as we continued the strong pace shown at the Diriyah E-Prix.

“The podium was in sight, but the lack of any prolonged yellow flag periods or a safety car meant it was a demanding afternoon in terms of energy use, and with the leading Porsche cars triggering an extra lap, Robin just couldn’t hold on for a top three despite a strong drive. There’s a long way to go in the season, and we have good pace and are gaining points. Now it is on to Rome where we were fast last year, so we are positive and excited to head back to Europe.” 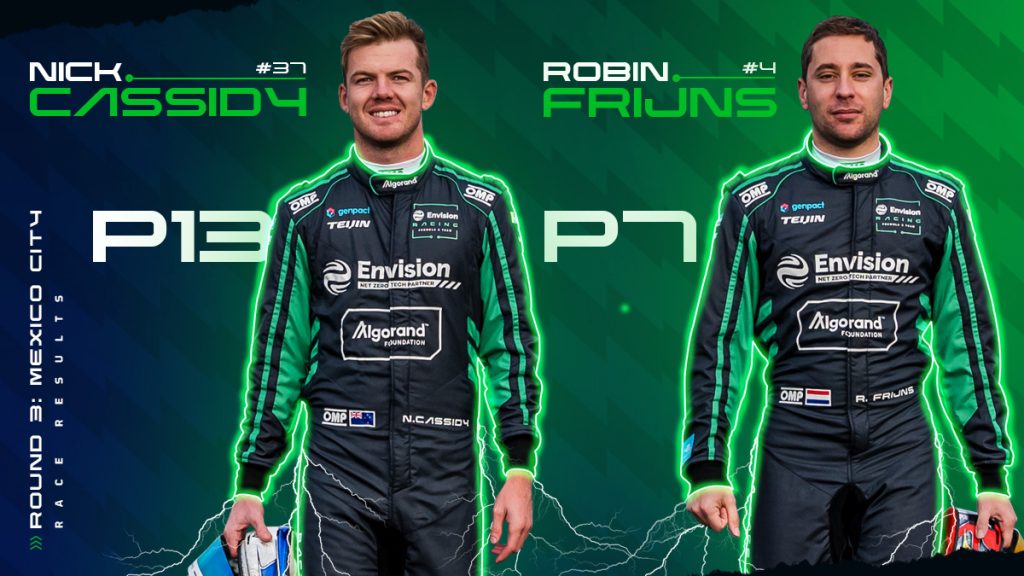