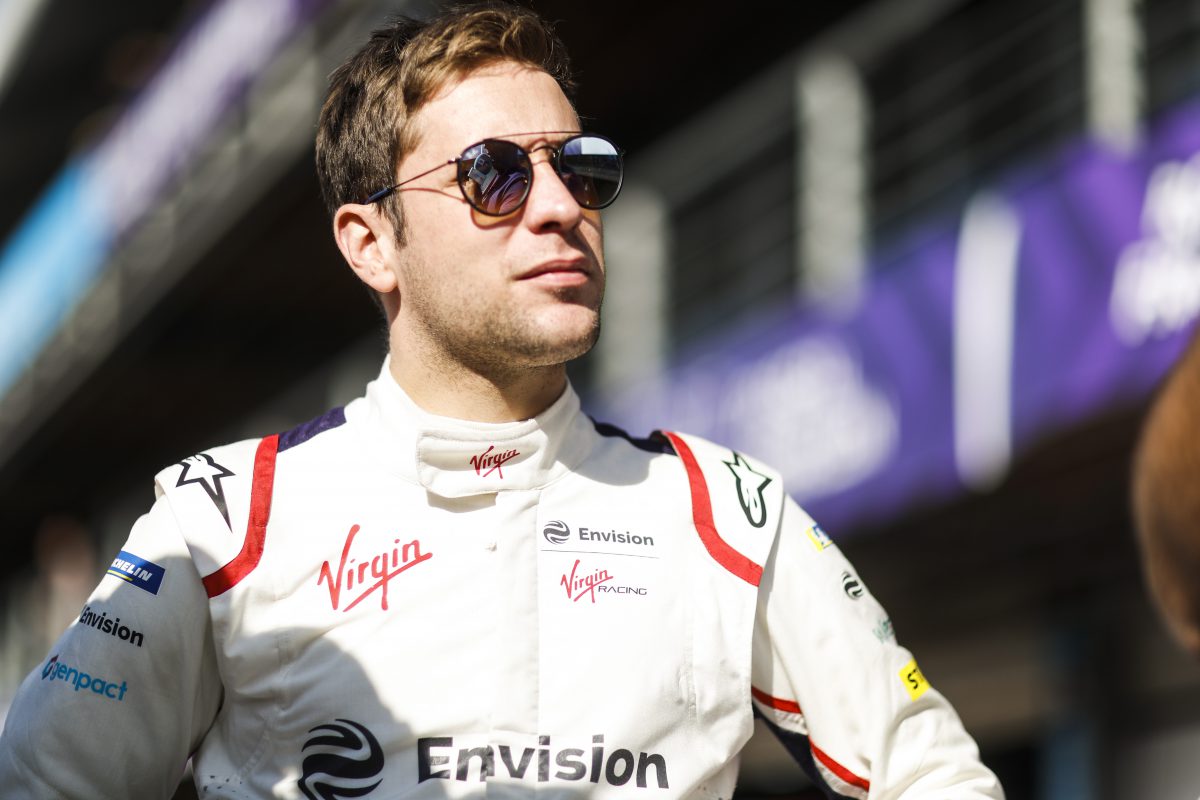 We came away from Marrakesh last weekend pretty happy after a great all-round Envision Virgin Racing team performance to get a double podium with me in second and Sam [Bird] in third place.

It was a big haul of points (36) and put us on the score board after that tough weekend in Saudi Arabia last month.

Marrakesh is always a bit of an odd one because of the nature of the circuit being a mix of permanent and genuine street track, so it is unlike most of the other configurations and surfaces we race on.

We celebrated Sam’s 32nd birthday as we arrived in Marrakesh with a nice cake. It was the least we could do for the old guy!

The temperature in Marrakesh in the morning before the sun came up was very cold but we made some nice progress in the practice sessions and I ended up P1 and P5 respectively.

This gave some good data to work with and we were fairly confident that we were in the mix at the front.

I qualified in eighth position which was obviously a bit disappointing. I need to work on the qualifying performance and I think I was a little too conservative.

Sam did a great job and took pole despite that incident when Tom Dillmann hit me hard after the session meaning both our cars were damaged.

Luckily it was not too bad and the team was able to make repairs ahead of the race.

The start was a mess and I saw a lot of smoke ahead which was JEV spinning, but I couldn’t see where his car was so I turned left to avoid contact and I came out of it all in P4.

I was ahead of d’Ambrosio and I started to manage the energy and save as much as possible but I could see ahead that the BMW guys were pulling away a bit.

Then I was able to get by Sam and run third for a short while but d’Ambrosio and di Grassi were quick after using Attack Mode and vaulted ahead again.

With the Attack Mode there was some much going on and it was really interesting how it was playing out, it adds a really intriguing extra dimension to races.

Obviously we all saw the BMW guys going off and then all of a sudden, after I had taken di Grassi just prior to the incident, I was in second.

The last lap was damn exciting, a real sprint for the line after the recovery of da Costa’s car.

Of course it goes through your mind to have a go for the lead because we are racers and we want to win every time we hit the track.

But honestly, for us to be in our second race and come away with those points, you had to weigh-up the risk and reward with what would be a really desperate lunge.

So with that in mind I think getting the double podium is a fine outcome for the team, and that is very important because we have so much which is new, including me!

After the Riyadh test we started to get a good reading as to where we were. Sam set the fastest time and we got some very useful data to work on.

We knew we had some promising pace but had just not applied it yet and honestly considering we only had a handful days of testing pre Riyadh, it feels like we have all done a great job.

But of course it is a super tough series and the direct competition is amazingly quick and challenging. However, we now have extra confidence so we will only get stronger.

The test day after the E-Prix was vital because it is one of only two left available now in-season at tracks we actually compete on.

I thought the choice of Nyck [de Vries] and Ben [Treluyer] was an inspired one because they both have some experience of the car and in Ben’s case he has such a wealth of experience working with Audi too.

In the bigger picture I think Saturday’s race showed how competitive and exciting Formula E is. Some of the races are amazing just to view as a fan let alone take part in!

The appeal of it is growing every race and new fans are coming to it all the time.

The drama never seems to end and it is such a pleasure to be in the thick of it with such a great outfit as Envision Virgin Racing.

Now we head to Santiago in Chile which I am sure will be very exciting. It is a new track layout for everyone which is a relief after I sat out last season in the championship.

So, by the time you read this we will have already been in the simulator working hard with the engineers on the new circuit and making sure that like Marrakesh, we give ourselves the best possibilities to be fighting for wins again.