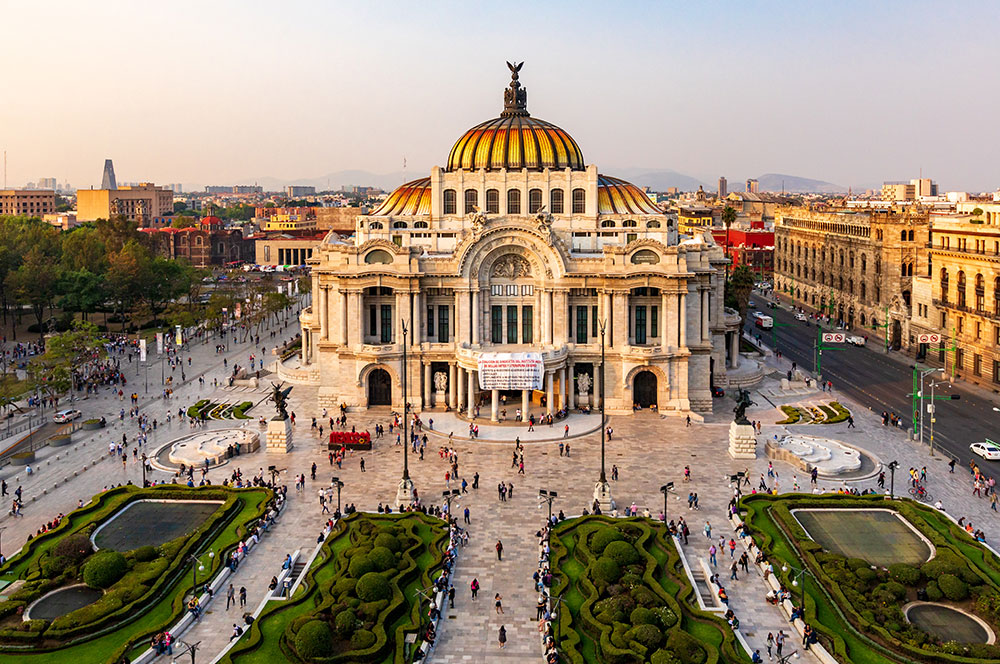 It’s that time again. Race week is upon and the fourth round of the all-electric Formula E series sparks into life this Saturday (February, 15) at Mexico’s Autódromo Hermanos Rodríguez circuit. It’s the fourth consecutive time Formula E has raced at the venue and each year delivers in spades on wheel-to-wheel racing coupled with exuberant fans lining the Foro Sol. This year we have a new track configuration – more on that later – and we’re likely to see the fastest qualifying speeds ever recorded as the Gen2 cars push 150mph around the iconic Peraltada bend (where Aryton Senna famously rolled in case it doesn’t ring a bell). But before then, here’s our top five things to watch out for at the Mexico City E-Prix…

MEXICO’S REAL NAME IS NOT MEXICO

Ok, so this is a little ‘clickbaity’ but nonetheless true and worthy of a mention. Mexico’s actual real name is the United States of Mexico (Estados Unidos Mexicanos) and the capital itself wasn’t officially called Mexico City until very recently! For you fact fans out there, it’s the third largest country in Latin America and home to some 119 million people, making it the 11th largest in the world, with oil remaining one of its biggest exports (sigh). Indeed, it’s a nation where affluence, poverty, natural splendour and urban blight rub shoulders.

In recent years, however, it has become more and more switched on from a sustainability viewpoint, shaking off it’s poor air pollution record and embracing renewable energy, so much so that in 2017 it became the country with the highest growth in the renewable energy sector. The capital has also announced that it will ban diesel cars by 2025.

MEXICO HAS [SOME OF] THE BEST MOTORSPORT FANS IN THE WORLD

For impartiality reasons we had to caveat this claim, but it goes without saying that the atmosphere in the Formula E paddock throughout the weekend is quite simply electrifying (pun intended). Fans are able to get super close to the action and with tickets just £12, together with a great fan zone and live music concert in the evening, it’s hard to see why they wouldn’t be so jubilant! The view from the Foro Sol is also pretty special and nowhere else quite like it in motorsport.

No, this is not a typo but actually quite a talking point. At 2.2km above sea level it’s comfortably – or uncomfortably – the highest race-track Formula E will visit. And that creates a new set of challenges for cars, engineers and drivers. The air in Mexico City is approximately 25% less dense than that of sea-level or, in simple terms, it’s much thinner. Less air density means the air has correspondingly less cooling effect, which can affect battery temperatures, brake temperatures and not to mention driver temperatures making it even more of an induration test for the Envision Virgin Racing guys Sam Bird and Robin Frijns.

THERE’S A NEW TRACK TO LEARN

Despite this being the fourth visit to the Mexico circuit, Formula E and the FIA have once again changed things around meaning drivers have a revised layout to master. The 2.606km, 16-turn clockwise circuit promises a bit of everything but by far the biggest difference to previous years is the removal of the chicane at the Peraltada bend (often the source for a number of racing incidents). This means the Gen2 cars will be on full power for longer and likely to hit an impressive 150mph in qualifying – their fastest speed to date.

BE SURE NOT TO TYRE OUT

Being a smooth surface, tyre wear is not normally issue at the Mexico circuit, but this year could prove a little different. Afternoon high track temperatures come race day, coupled with the thinner air, could lead to higher tyre wear, but so will the long loading placed on the left-hand side of the tyres (due to the clockwise track). For sure, this is going to be one to manage as the drivers near the chequered flag.

The Autodromo Hermanos Rodrigues first built in 1959 and named after brothers and former racing drivers, Ricardo and Pedro Rodriguez. The circuit is a permanent racing facility located within the public park in the Magdalena Mixhuca Sports City.