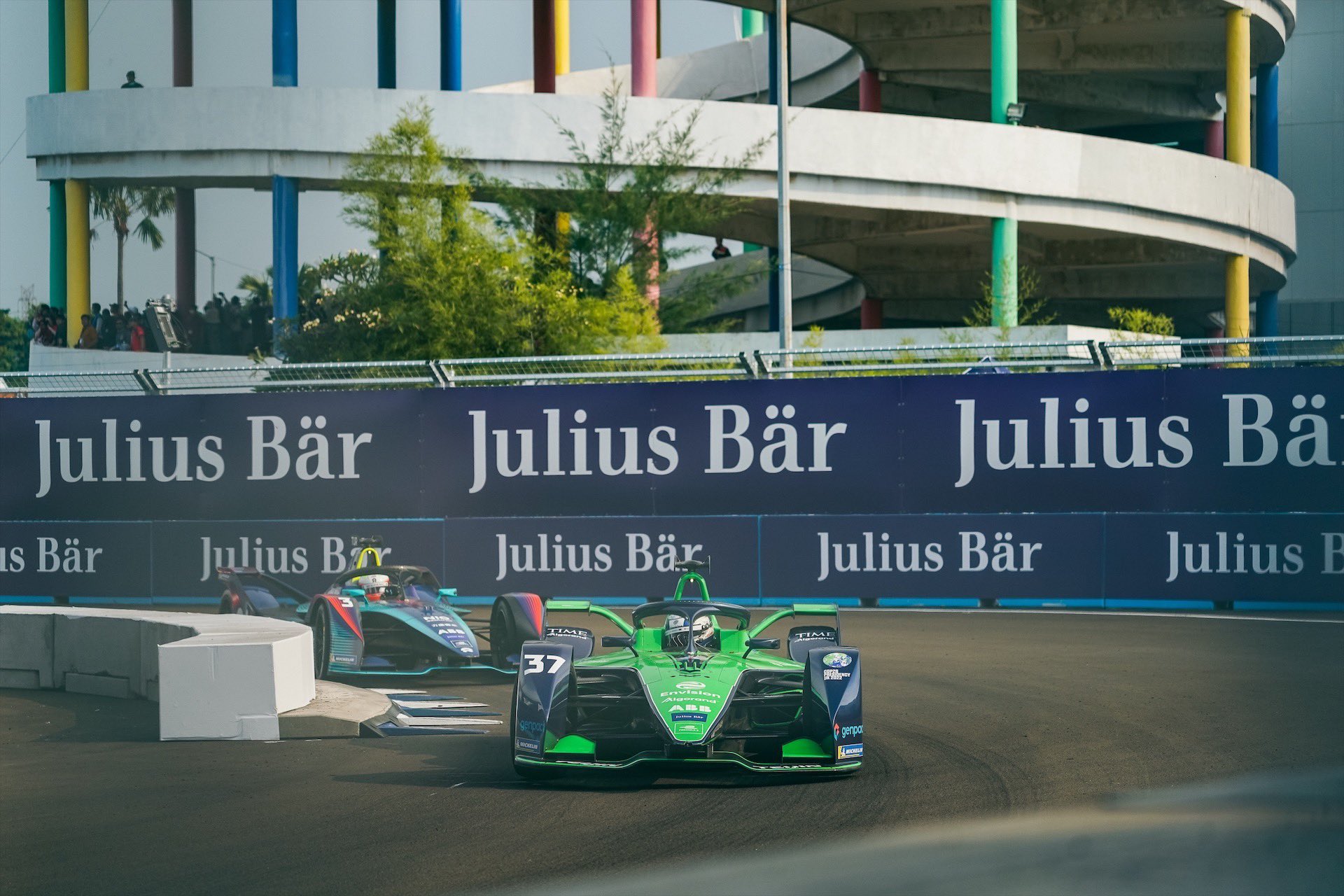 ENVISION RACING FOCUS ON MOROCCO AFTER A POINTLESS AFTERNOON IN INDONESIA

The inaugural Jakarta E-Prix proved to be a tough race for Envision Racing, with both drivers struggling to make inroads as Formula E returned to Asia for the first time since 2019

At the start of the race, following the long run to the opening right-hander, polesitter Jean-Éric Vergne held onto his place at the front of the field ahead of team-mate António Félix da Costa, whilst further back Cassidy moved up to 12th as Frijns started his fightback, taking 19th.

Following an early race safety car intervention, racing resumed with five minutes on the clock, as Jaguar’s Mitch Evans split the leading pair, capitalising on a mistake by da Costa.

Frijns activated his first Attack Mode early on, followed by Cassidy 90 seconds later – the Envision Racing pair being the first two drivers to take the initial four-minute 30kw power boost. By the time Frijns’ first Attack Mode elapsed, the Dutch driver had climbed to 16th, whilst Cassidy ended up where he started in 12th.

A positive start for the team as Cassidy and Frijns both move forward.

Entering the final 15 minutes,, both Envision Racing drivers had used their remaining Attack Mode. Frijns could not make much progress down in 19th, whilst Cassidy slipped back to 16th. At the front of the field Vergne headed Evans and da Costa.

With just under seven minutes left Evans snatched the lead in the Jaguar from Vergne as both Envision drivers moved up one place with Frijns claiming 17th ahead of Dan Ticktum, and Cassidy slotting in behind Alexander Simms in 15th place.

The early-race safety car resulted in one minute and 30 seconds being added to the race duration, and when all was said and done, the Envision Racing pair ended up line astern, with Cassidy in 16th and Frijns in 17th. Up front, a tight three-way battle was won by Evans ahead of Vergne and Mortara.