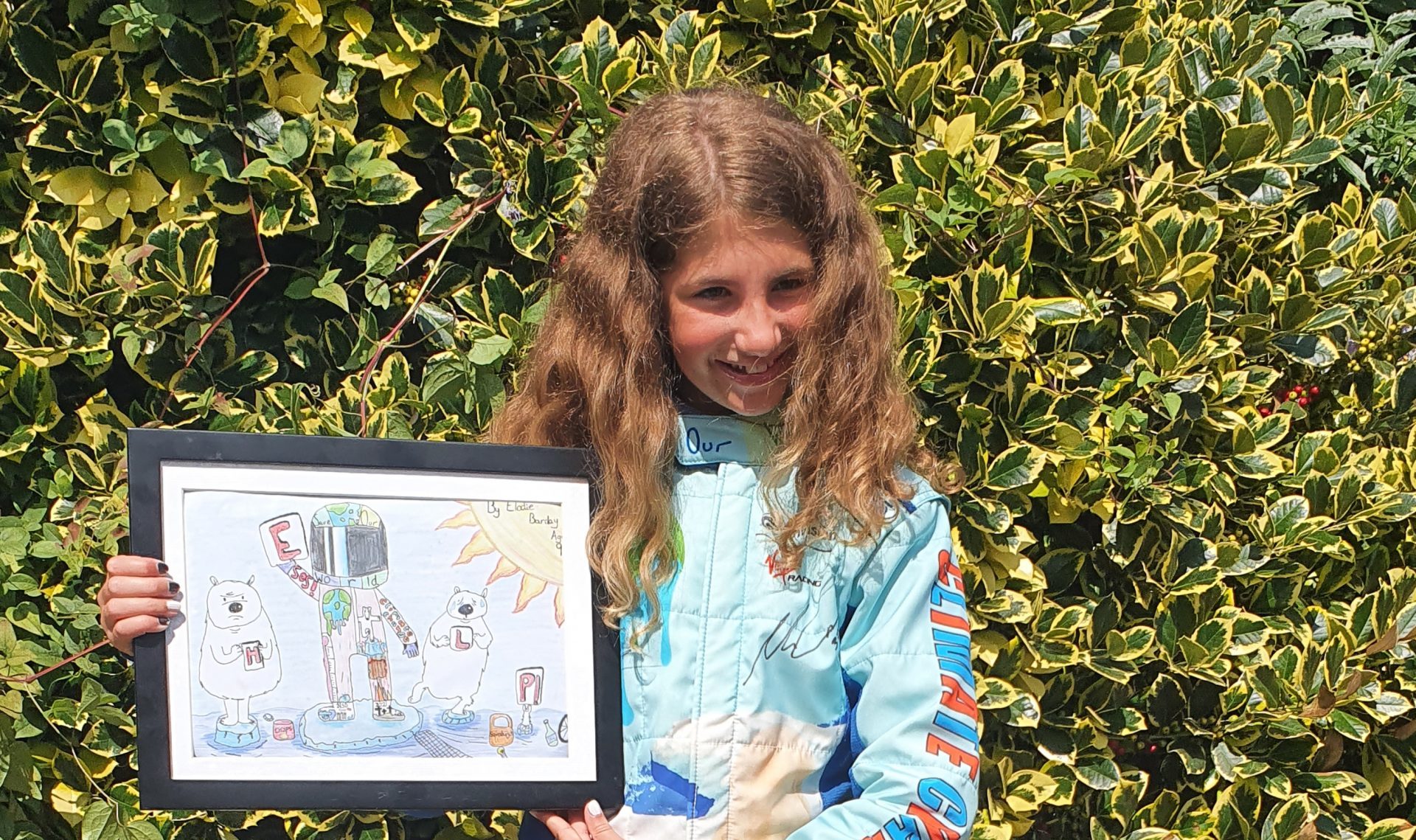 Nine-year-old Elodie Barclay has been given a climate change racing suit she designed for Envision Racing after beating more than 3000 entries in the team’s global art competition.

Elodie received a surprise video message from Envision Racing driver Nick Cassidy, who congratulated her on the impressive design and informed her that she would also be attending this weekend’s London E-Prix.

Held in partnership with National Geographic Kids, COP26 and children’s illustrator Rob Biddulph (creator of the online series ‘#DrawWithRob’) for the 2nd year, the sustainability focused art competition challenged children to draw the OMP racing suit through an instructional video and then create their own climate-inspired designs.

Judged by the team’s Managing Director Sylvain Filippi and Managing Director of Nat Geo Kids Peter Johnson, both were impressed with Elodie’s thought-provoking design which features a thermometer, a polar bear on a melting iceberg, and more, to show the damaging effects caused by global warming.