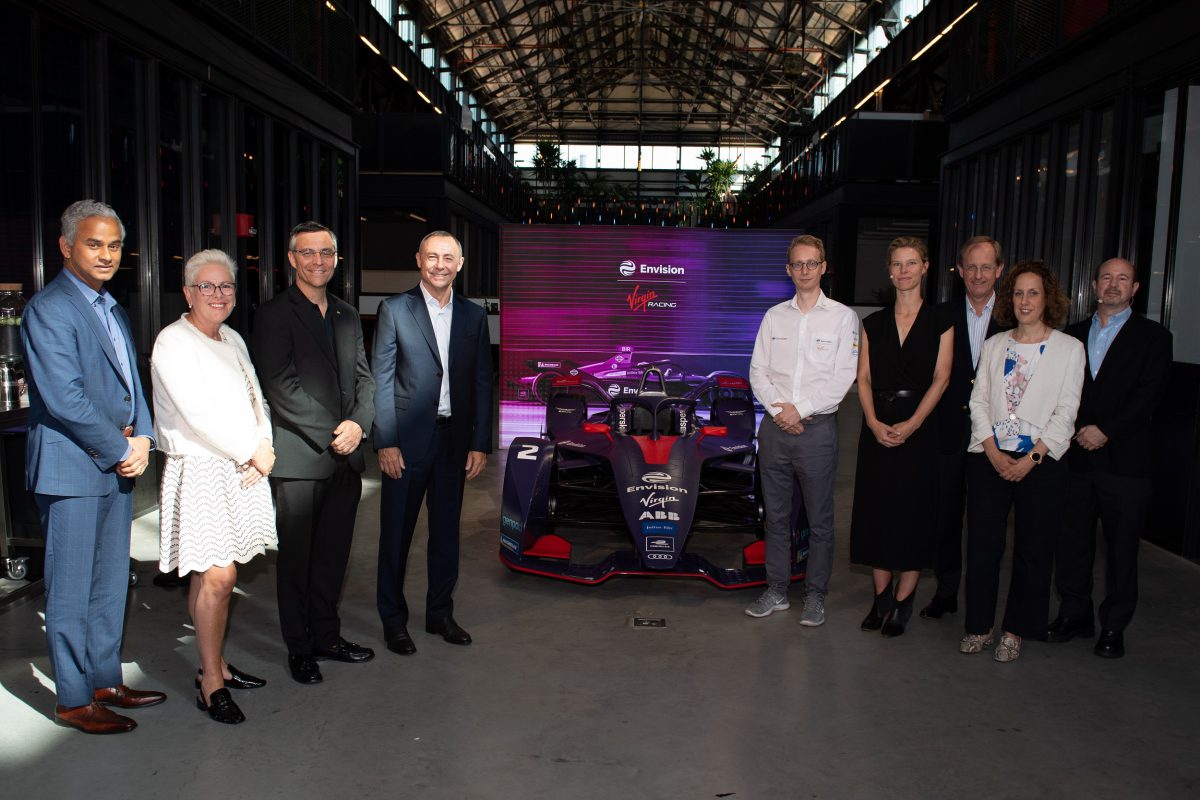 BUSINESSES MUST ‘PUT THEIR FOOT DOWN’

Prominent industry figures have used Envision Virgin Racing’s New York City Innovation Summit to call for businesses to ‘overtake’ the political roadblocks hampering climate action, and ‘put their foot down’ to accelerate the response to the climate crisis.

The event, hosted today (Friday 12th July) at Brooklyn’s innovative New Lab facility, is one of a number of initiatives held by the leading all-electric Formula E team, which will be racing in this weekend’s New York City E-Prix in Red Hook. 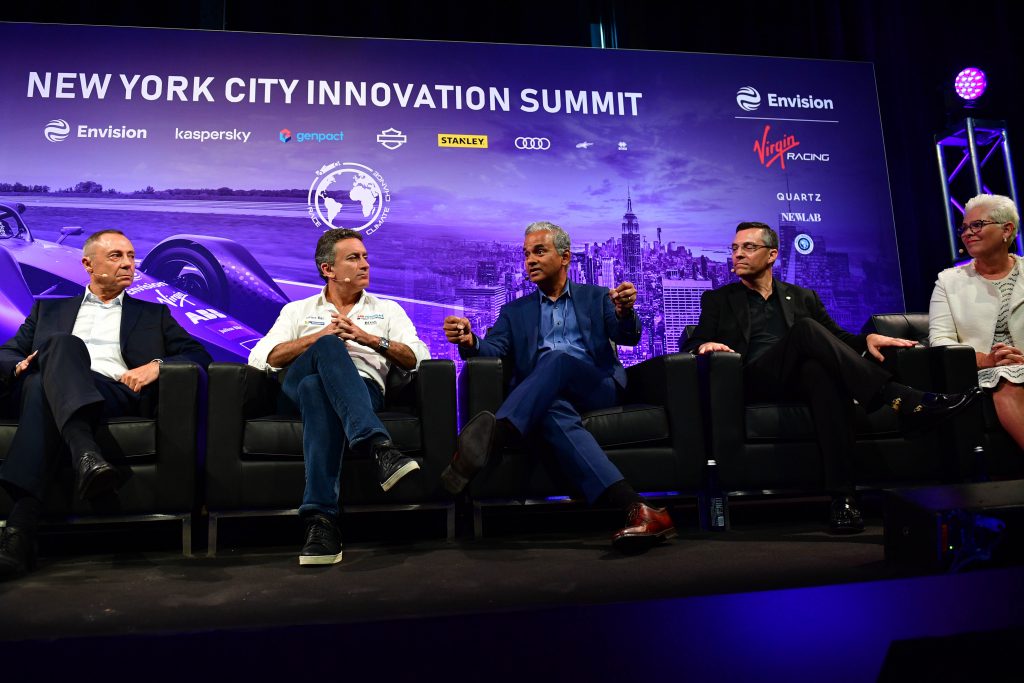 Attended by an audience of more than 250, the thought-leadership event brought together a range of business leaders and sustainability experts to discuss the role of the business sector in this area, in relation to the recent IPCC report (UN Intergovernmental Panel on Climate Change), which states that the world has fewer than 12 years left to avoid climate catastrophe. The panelists also discussed the importance of ‘corporate purpose’ more widely in addressing society’s biggest challenges. 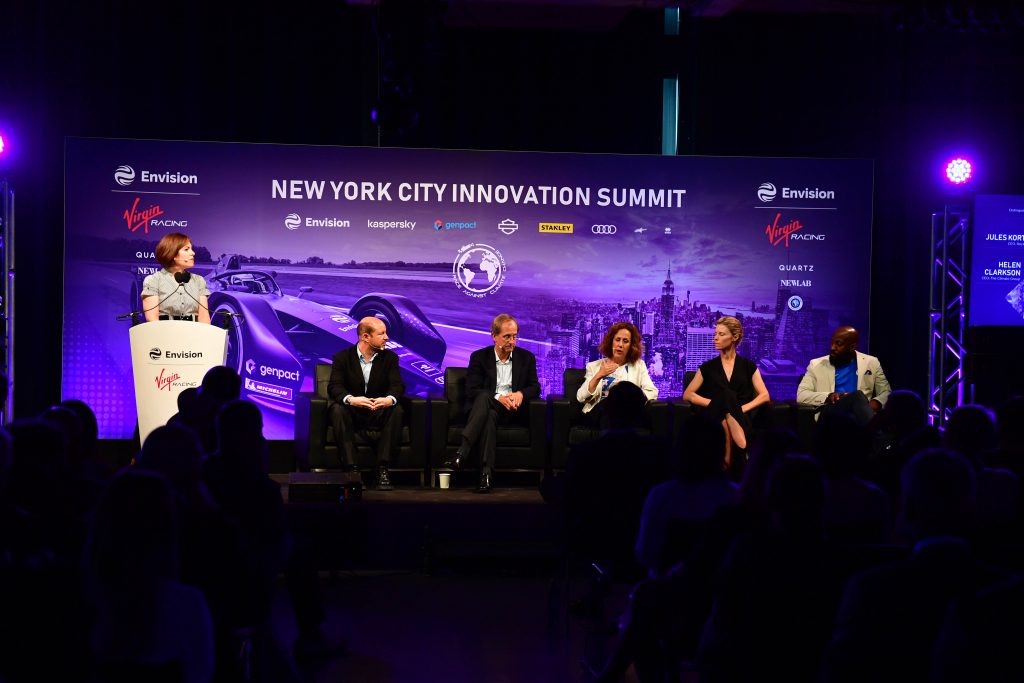 The event began with an opening address from the race team’s Managing Director Sylvain Filippi who later commented: “Two years ago, when the US had just pulled out of the Paris Climate Agreement, we held one of the team’s Innovation Summits and discussed the role of the business sector in addressing climate change. Now, two years on, we are here again but find ourselves in an increasingly volatile pathway and timeframe. Clearly there has never been a more urgent case for accelerating global efforts. Our panellists today have shown that the business sector can, and should, take the lead in this area. We have the technological solutions to address the challenge, so now we have to accelerate their roll-out as quickly as possible.” 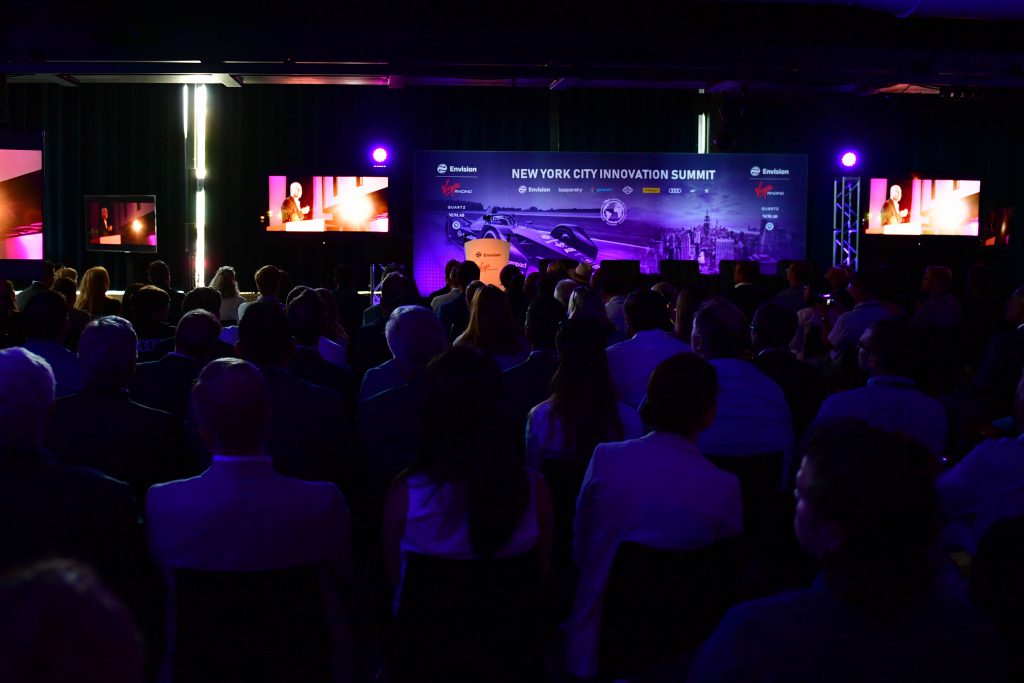 He added: “Ahead of the Formula E race weekend – where speed and gaining a few tenths of a second can be the difference between winning and losing – we’re asking the corporate sector to put its foot down in accelerating these issues, as, after all, the Formula E race is not the most important race we’re in, we’re in a Race Against Climate Change and it’s one we have to win.”

The Envision Virgin Racing, in conjunction with its Race Against Climate Change (RACC) initiative and the support of its partners, has earned a reputation as the leading Formula E team for sustainability, using its independent status to address the wider energy transition topic beyond just the e-mobility element. Its RACC programme aims to accelerate the energy transition and help the world achieve the goals of the Paris Climate Agreement.

The team has been involved in Formula E from the inception of the motorsport series and has since become one of the most successful ever teams with an impressive nine wins and 24 podiums to its name. It currently lies in third position in the championship standings heading into this weekend’s final two rounds of the New York City E-Prix. 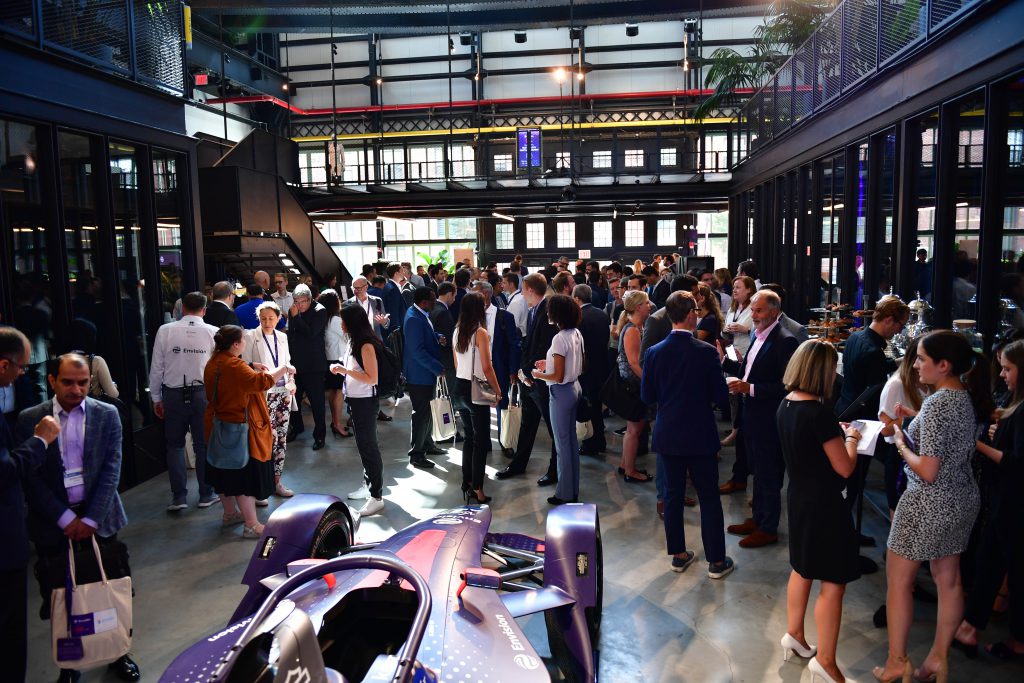 Franz Jung, Vice President of Smart Mobility at Envision Group & Chairman of the Board of Envision Virgin Racing:
“Envision is committed to developing a sustainable future through its advanced technologies of AIoT, smart wind turbines, smart storage and batteries. As the majority owner of Envision Virgin Racing, Formula E is a perfect platform for Envision to demonstrate its brand identity, innovative technologies and vision of sustainability.”

Alejandro Agag, Founder & CEO of Formula E:
“The business sector must collectively rise to the challenge and lead a united front in the fight against climate change. We have to come together with a collaborative approach to accelerate the changes to prevent further and irreparable damage. That’s why at the ABB FIA Formula E Championship we’re playing our part with a platform to drive development and transfer technology, to see it trickle down from track to road. Formula E is a purpose-driven brand and is built on the foundations of taking action against climate change through developing clean modes of transportation.”

‘Tiger’ Tyagarajan, President and CEO, Genpact:
“Businesses need to evolve into purpose-driven enterprises focused on not only creating a viable future for their business, but for all of humanity. They must leverage smart digital technologies to reinvent operating models that do more than just reimagine their own companies and industries. Forward-looking enterprises look at how they positively impact society as a whole. We join Envision Virgin Racing in its commitment to transform mobility and accelerate sustainability.”

Mark T. Maybury, Chief Technology Officer, Stanley Black & Decker:
“Our world is changing at an alarming rate. We believe it is imperative for companies to play a strategic social responsibility role. At Stanley Black & Decker, we’re particularly focused on innovative products and processes that can enhance the lives of 500 million people as well as positively impacting the environment through our operations. For example, our solar powered drip irrigation system promises to transform the lives of 10,000 Indian farmers and our zero waste to landfill efforts have diverted around 20 million pounds of waste from landfill. We know, however, that we can’t do this alone and we need the support of corporations around the world to make a difference.”

Halla Tómasdóttir, CEO, The B Team:
“Our unprecedented climate crisis calls for radical ambition and collaboration. It calls for bold and visionary leadership. As today’s panel has made clear, navigating this turning point as a business leader means embracing not only purpose, but principles. It means keeping people at the center of our efforts to achieve a just transition to a net-zero emissions economy by 2050. And it means holding each other accountable for a better future for the next generation.”

Mark Chambers, Director, NYC Mayor’s Office for Sustainability:
“We are excited to welcome Formula E back to New York City, where bold policies and private sector innovation have created a proving ground for new technologies that accelerate the fight against climate change.”

Michael Mann, Distinguished Professor of Atmospheric Science at Penn State University:
“I’m excited to be part of the team for Envision Virgin’s Race Against Climate Change. We must envision a renewably-powered future and what more exciting way is there to do that than watching the race cars of the future.”

Jules Kortenhorst, CEO, Rocky Mountain Institute:
“Addressing climate change is now the most critical challenge facing humanity. While there is much progress to take heart from—from US cities, states, and businesses still committed to meeting the goals of the Paris Climate Agreement to decreasing renewable energy costs and increased electric mobility – there is far more to be done. Yet, an energy transformation big enough and fast enough to curb the spike in global temperature remains within reach. However, speed is key; we’re in a race for our lives.”

Helen Clarkson, CEO, The Climate Group:
“The next ten years will be marked by the urgent threat of climate change and carrying on with business as usual is not enough – we need to go further and faster to accelerate action. Businesses are already showing leadership through our global initiatives on electric vehicles, renewable power and energy productivity, but we need all major companies to follow suit with ambitious commitments to action today, not tomorrow – there’s no time to lose.”

Antha Williams, Head of Environmental Programmes, Bloomberg Philanthropies:
“If we’ve learned one thing in the past year, it’s that we have no time to waste in the fight to end the climate crisis. The role of the private sector in the race against climate change cannot be overlooked. Even as the federal government steps back, businesses hold great potential to leverage their capital and influence to accelerate progress at incredible scale – no matter which way the political winds blow.”