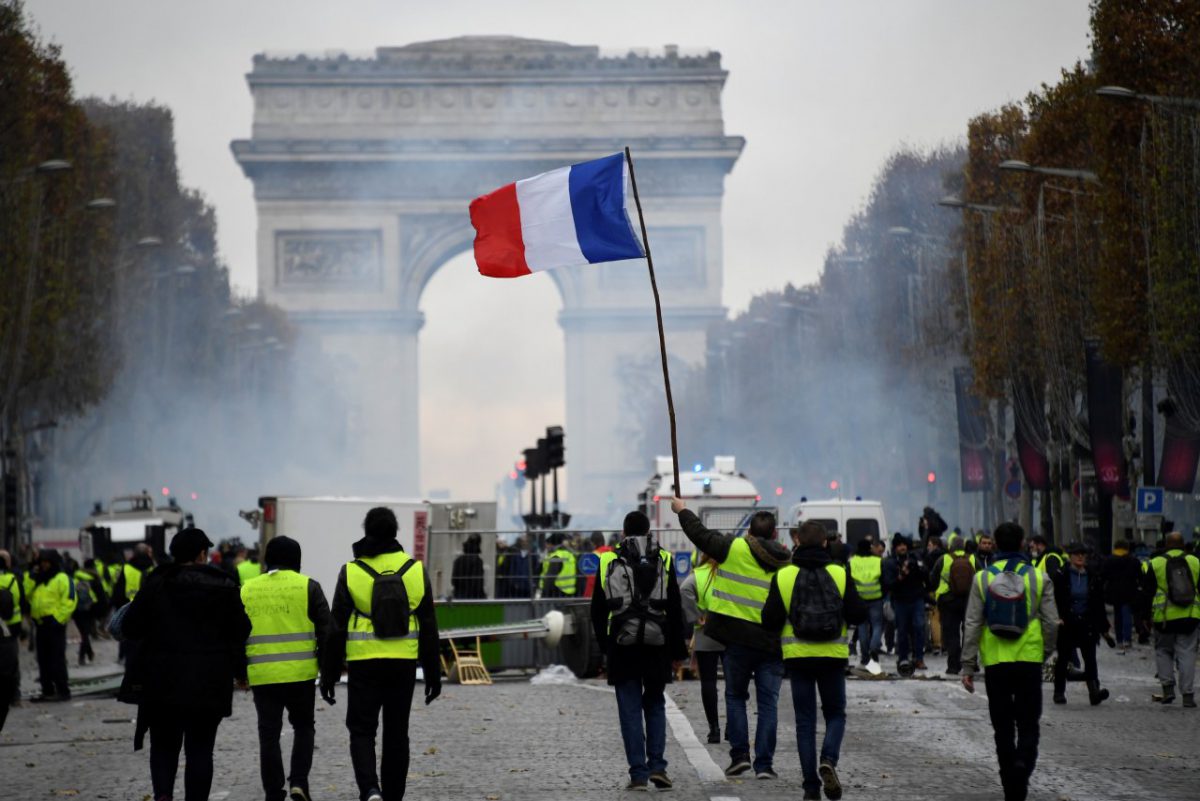 BLOG: WHY THE TEMPERATURE ISN’T THE ONLY THING RISING IN OUR CITIES

It started last October, with a Facebook appeal launched by two disgruntled truck drivers calling for a ‘national blockade’ of France’s road network in protest against rising fuel prices. Within days the campaign had gathered 200,000 backers and spawned hundreds of spin-offs across the country. Two weeks later still, and many of its social media videos had now attracted millions of views and interest.

Anyone who lives in Paris – venue of this weekend’s Formula E race – or the surrounding areas will know precisely what we are referring to. The recent ‘hi-vis’ protests have caused disruption across the French capital and beyond as the cost of moving to a low carbon future rises in more ways than one, as well as signify it is becoming a reality for everyone.

It’s the same a few hundred miles away across the Channel in London where the Extinction Rebellion campaign has caused similar transport issues – as is designed to – this time from a pro-climate change viewpoint. Similarly, the extension of London’s new Ultra-Low Emission Zone (an additional charge for the most polluting vehicles driving in the capital), has added further mercury to the thermometer.

In short, tensions in our cities – on either side – are rising, and all over something we’ve known about for years. Whether ‘you believe’ or not or have differing views on how we got to this point makes little difference. Climate change is real and it’s here to stay. The world is now nearly one degree warmer than it was before widespread industrialisation, according to the World Meteorological Organization. Indeed, the global average temperature for the first 10 months of 2018 was 0.98C above the levels of 1850-1900, whilst the 20 warmest years on record have been in the past 22 years.

Unfortunately, for far too long, it’s been all too easy to ignore this warning because the threat has only ever been gradual and, by and large, life has gone on relatively unchanged.

That is until now. The past few months have seen tensions – especially those in congested, urban areas – rise to boiling point as climate change becomes ever more tangible.

And it’s easy to see why major cities like Paris and London bear the brunt. According to UN figures, 70% per cent of the total greenhouse gas emissions come from major cities, yet they occupy just 3% of the total land space. What’s more, the UN has projected that 60% of the world population will live in cities by 2030.

And it’s the faster-growing cities that are most at risk, including megacities like Lagos in Nigeria and Kinshasa in the Democratic Republic of Congo. In fact, some 84 of the world’s 100 fastest-growing cities face “extreme” risks from rising temperatures and extreme weather brought on by climate change.

It’s now a little clearer to see why tensions are mounting in our cities but that doesn’t solve anything? So, what needs to be done? Well, if you take government policy aside and just focus on individuals for a minute then, as always, there’s two sides to this. Firstly, people’s perceptions must start changing and – through sports like Formula E – that is happening. Fuel prices will continue to rise and congestion charges will only get more expensive. That is the reality for those who wish to continue using traditional forms of transportation, which one day will be as frowned upon as smoking in a restaurant (which was once the norm).

Then it’s about what the individual can do. Scientists from the Intergovernmental Panel on Climate Change say we all have to make “rapid, far-reaching and unprecedented changes” to our lifestyles, in order to avoid severely damaging climate change.

That means we need to: buy less meat, milk, cheese and butter; eat more locally sourced seasonal food – and throw less of it away; drive electric cars but walk or cycle short distances; take trains and buses instead of planes; use videoconferencing instead of business travel; use a washing line instead of a tumble dryer; insulate homes; and demand low carbon in every consumer product.

Of course, there is no single solution for solving global climate change, but cities have the ability, capacity and the will to take the lead. That’s because city mayors are directly accountable to their constituents for their decisions, and are more nimble than state and national elected officials to take decisive action – often with immediate and impactful results.

This weekend Formula E will race into the city of Paris for the fourth consecutive year, where Envision Virgin Racing will also be hosting one of its renowned Innovation Summits to discuss all of the above – and more – via a panel of experts.

And whilst we know one event won’t change things overnight, what is clear is that what our cities do individually and in unison to address climate change can set the agenda for communities and governments everywhere.