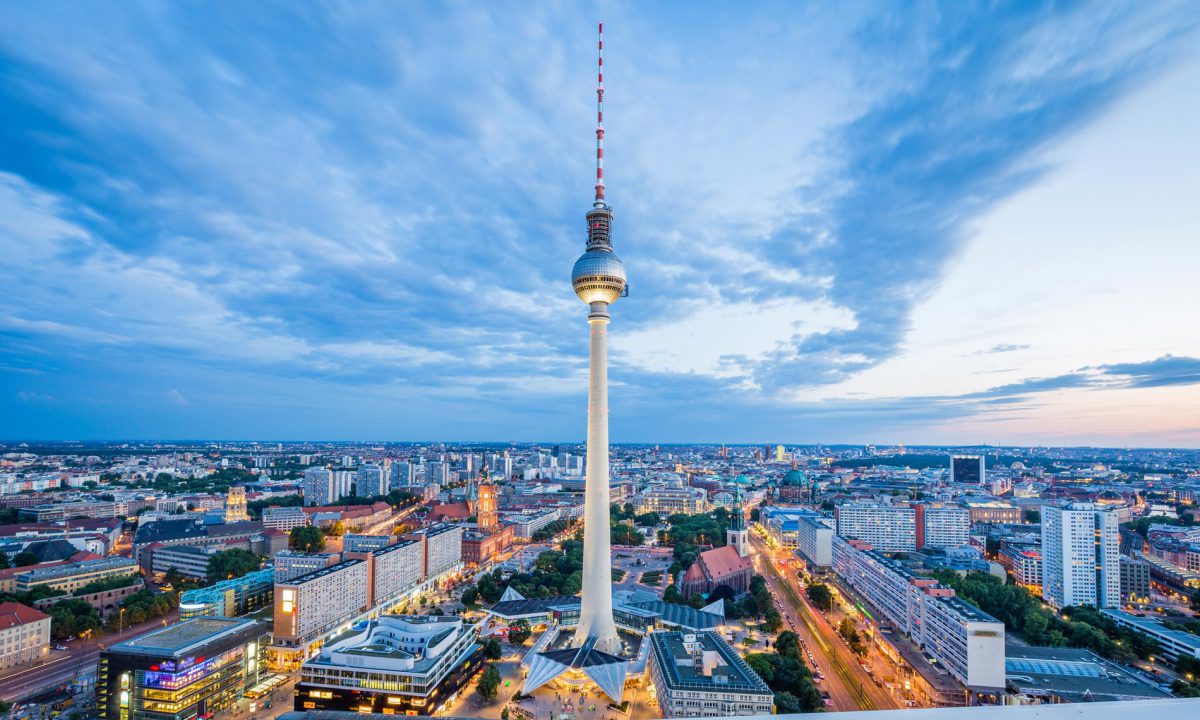 BLOG: THE CITY WHICH IS MAKING ALL OTHERS ‘GREEN’ WITH ENVY

The city of Berlin needs little introduction. Its history, stature and political significance is well known and documented but in years to come, the history books will be writing something very different.

With a youthful population, and a reputation for embracing the new and fashionable, it is perhaps not surprising to find that Berlin is now at the forefront of technological change when it comes to personal mobility.

Car-sharing has surged in recent years as Berliners increasingly feel little need to own a personal vehicle. Meanwhile, the overall proportion of daily trips Berliners make by car has dropped, instead replaced by a growing trend for cycling.

Indeed, Germany’s capital has more than 500 electric car-charging points, making it the leading city in Germany for alternative forms of transport.

City authorities are determined to build on these environmentally friendly trends, as Berlin – with a population of 3.5 million – continues to grow by about 50,000 people a year.

“It is important that these people travel using environmentally sustainable transport, that is compatible with the city — on foot, by bicycle or with public transport,” says Burkhard Horn, Director of the city government’s transport department.

Perhaps then it’s of little surprise that Berlin remains one of the most popular Formula E venues on the calendar. In fact, it remains the only city to have featured on the calendar in every Formula E season and regularly attracts sell-out crowds.

And this weekend’s event – taking place at the former Tempelhof Airport on Saturday 25th May – is no exception. Capacity crowds can look forward to a packed schedule of both on and off-track entertainment and, for the first time, the new Greentech Festival.

Conceived by former Formula 1 World Champion Nico Rosberg (a Formula E advocate and investor) and two engineers and entrepreneurs, Marco Voigt and Sven Krüger, the inaugural Greentech Festival aims to inspire visitors to live more optimistically and more sustainably. Taking place from 23 – 25 May, more than 50,000 fans are expected to peruse the range of exhibitions on display, including that from Envision Virgin Racing’s latest partner Harley-Davidson.

“The aim will be to bring all players together in one place: from the start-up to the big player, from the environmental activist to the politician, from the researcher to the CEO and from the crown prince to the average consumer,” explains co-founder Marco Voigt.

Sentiments echoed by Nico Rosberg: “We want to bring the immense potential of green technologies to life and inspire as many people as possible to embrace green change. From car sharing and carpooling, to air taxis and e-scooters, Greentech allows you to already today experience our world of tomorrow.”

And the festival doesn’t stop there. It also has some ambitious targets with a mantra that they should contribute not only nationally but also globally to the implementation of the UN sustainability goals.

After Berlin, the festival will head to further cities around the world spreading its sustainability message.

Perhaps in Berlin they are preaching to the converted but, combined with the work of Formula E, and teams like Envision Virgin Racing, it’s little wonder why Berlin is literally making all other cities green with envy.