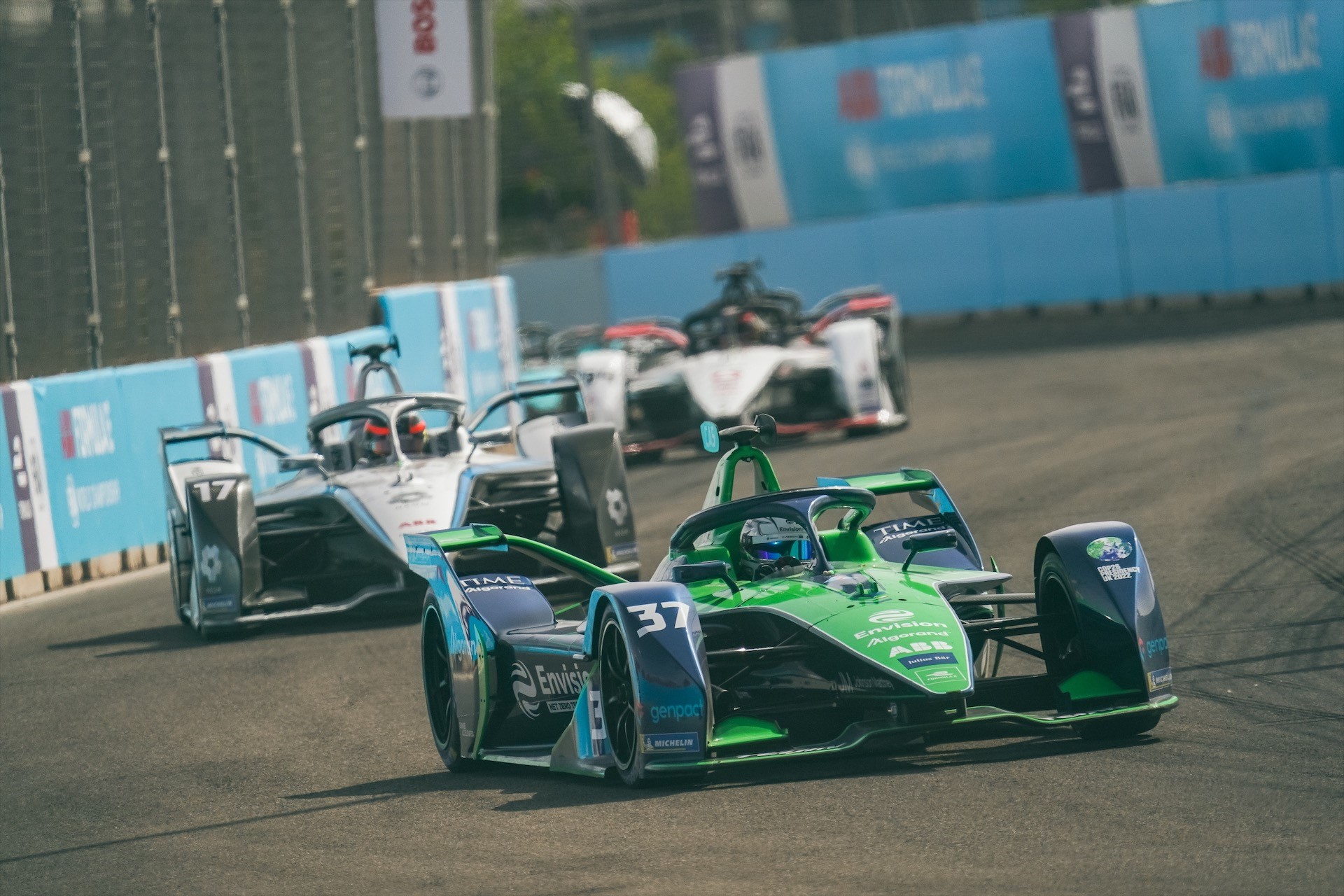 A TOUGH RETURN TO MARRAKESH FOR ENVISION RACING

Envision Racing’s Nick Cassidy started his race day in the capital of Marrakesh with a return to the qualifying duels, and ended his session in a solid eighth on the grid.

When the lights went out to start the Marrakesh E-Prix, Cassidy ended the opening lap up one place after a smooth move on Oliver Askew, only to lose out to the British driver one lap later. Up front, pole position-winner António Félix da Costa held his place at the head of the field in front of Edoardo Mortara and Jean-Éric Vergne.

A couple of laps later, Cassidy regained seventh place only to suffer a spin whilst taking his first Attack Mode phase and dropped down to 15th as team-mate Robin Frijns held 12th place, moving up from his qualifying berth of 13th slot.

With 30 minutes remaining on the clock, the Dutch driver engaged in some close quarter racing with Pascal Wherlein and championship leader Stoffel Vandoorne, only to lose out and end up back where he started in 13th.

Entering the final 15 minutes of the race, Mortara held the lead from da Costa as the Envision racing pair continued running line astern in 13th and 14th with Frijns heading Cassidy.

The battle for the victory went the way of Mortara, who ended up taking his third victory of the year ahead of da Costa and Mitch Evans who made a late-race pass on an ailing Vergne.

Cassidy showed signs of recovery in the final minutes of the Marrakesh E-Prix, running 12th, but ending up 14th at the flag, with Frijns coming home in 18th.