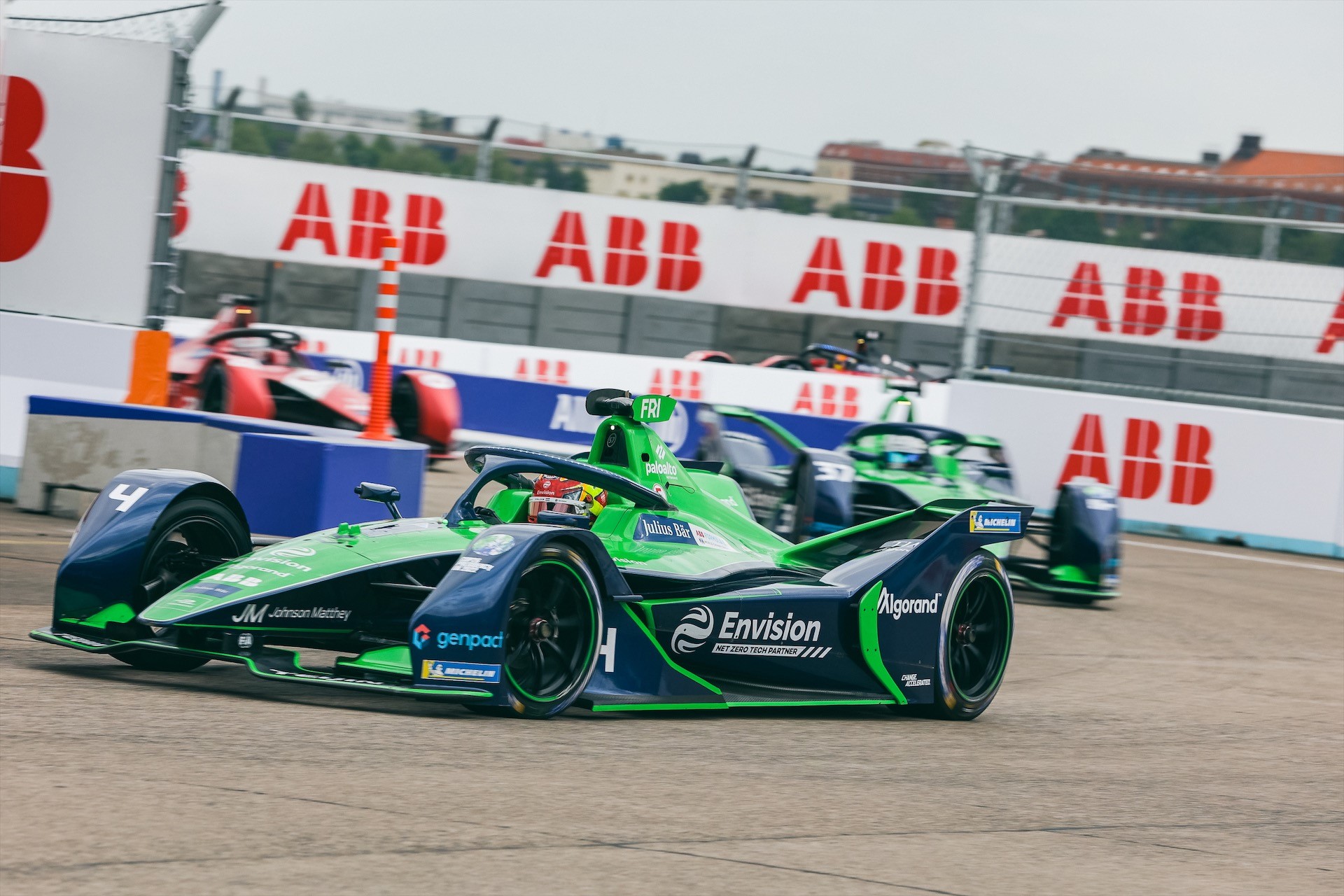 A RACE TO FORGET IN BERLIN WITH ALL EYES ON RACE 2, REDEMPTION AND BIG POINTS

The first race of the Berlin E-Prix double-header failed to yield any points for the Envision Racing squad, but the team will go again in search for success on Sunday

Race one at the Berlin E-Prix saw a pause in Robin Frijns’ bid for the 2021–22 ABB FIA Formula E World Championship after a disappointing qualifying for both Envision Racing drivers compromised their opening race of the weekend in the German capital.

Frijns would start the race in 20th, and the Dutch driver would come home 12th after 45 minutes and one lap of the Tempelhof Airport circuit, bagging the fastest lap of the race, and showcasing some of the measured and clinical racecraft he has become renowned for.

Following a nightmare qualifying session, both Frijns and Envision Racing team-mate Nick Cassidy ended up out of position and at the rear of the grid. By the end of lap one Frijns had managed to keep out of trouble, moving up from 20th to 17th as he snake of 22 Formula E cars remained closely packed throughout the opening laps, headed by pole position winner Edoardo Mortara.

Frijns found himself running in 16th, having elected to activate his first Attack Mode phase on the stroke of 15 minutes, falling behind team-mate Cassidy. This formation flying didn’t last too long, and Frijns, with the additional power, soon re-passed Cassidy to set about chasing Sam Bird in the Jaguar.

At the chequered flag, Frijns would end up 12th, overtaking Jake Dennis in the closing stages of the race, and clocking the fastest lap of the day in the process, his third of the season. The Envision Racing driver will have a chance to get his championship challenge back on track in the second race of the weekend in the German capital on Sunday afternoon.