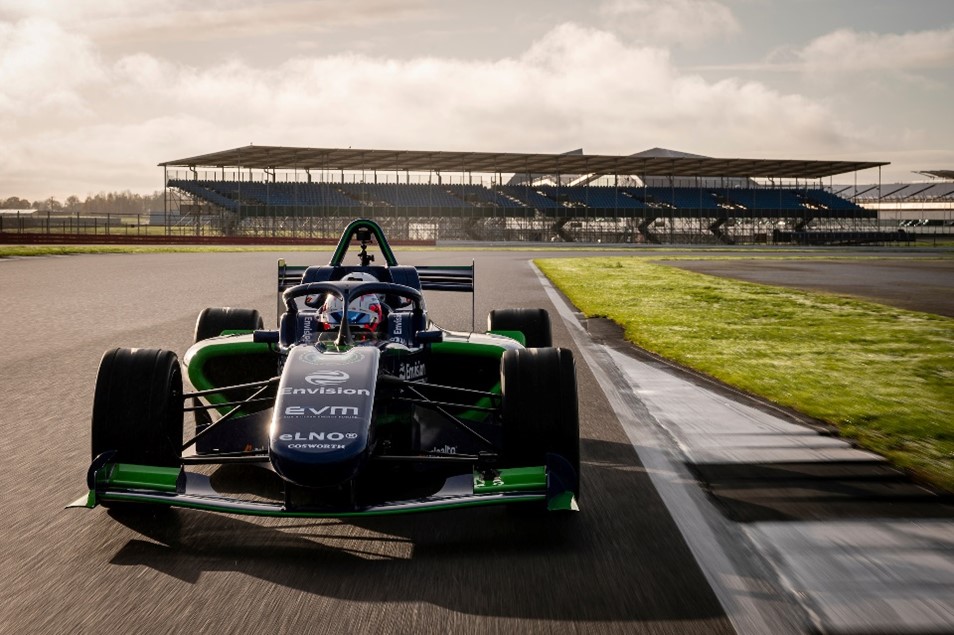 As we head into 2023, electric racing team Envision Racing has revealed the world’s first two-seater electric racing car in collaboration with EV Metals Group (EVM), demonstrating the power of e-mobility for the future.

The car made its track debut at Silverstone, where Sky Sports presenter, David Garrido and Premier League defender, Ben Mee tested the 240kph race car to experience its power themselves. A lifelong fan of motorsport and an electric car owner, Ben Mee is celebrated for being the first footballer to offset the carbon generated by his transfer to Brentford last summer.

The race car has been specially created to test and showcase the performance of the latest innovation in battery technology powered by a family of advanced cathode active materials from EV Metals Group that improve performance.

The new racing car’s batteries have about 20% greater energy density than some of the best batteries currently on the market which means a longer range between charges and a maximum output of 250 kilowatts, which is around 326 horsepower.

The new car’s top speed is 240 kilometres per hour, with an acceleration speed of 0 to 60 miles per hour in just 3.2 seconds. 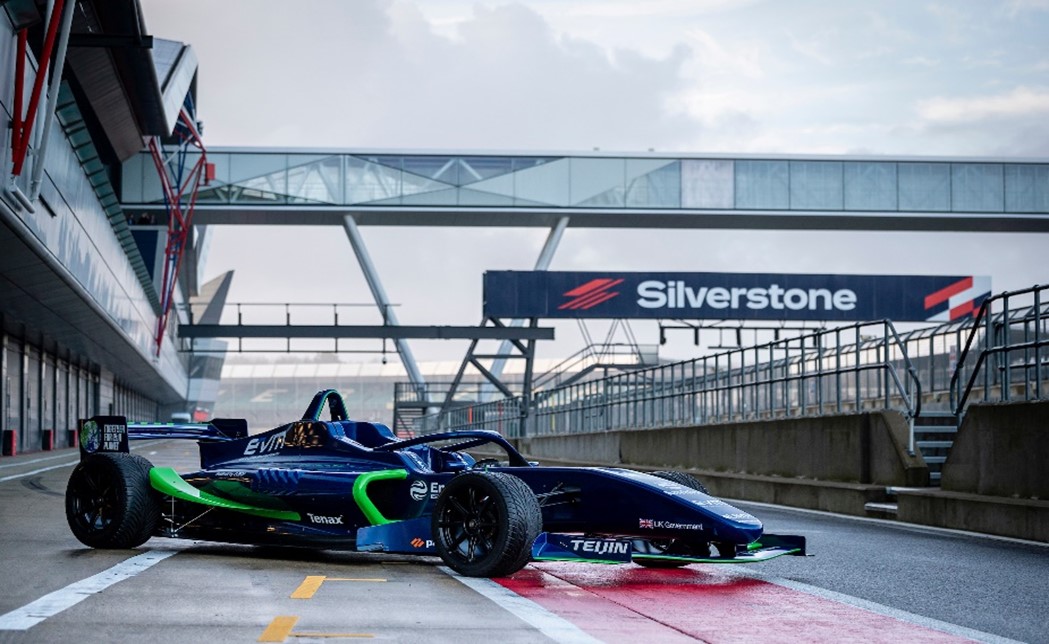 Sylvain Filippi, Managing Director and CTO of Envision Racing said: “With 8.6 million EVs due to be sold worldwide in 2023, it’s clear that we are on the trajectory of electrification and the hunger for EVs is continuing to grow. This new car’s ground-breaking, nickel-rich eLNO® battery technology from EVM could become a blueprint for the next generation of road electric vehicles.

“One of the key functions of electric motorsport is to act as a testing ground for the latest battery innovations. The pursuit of efficiency is embedded into motor racing, so Formula E’s very existence accelerates the quest for new and better battery and electric powertrain technology.

“As the climate crisis escalates, our sport has a unique role to play in accelerating the mass adoption of e-mobility and the transition to clean, green and affordable renewable energy. The idea is that the cutting-edge batteries in this vehicle represent the future of consumer EVs.”

A prototype of the new two-seater car was first unveiled in November 2021 at COP26, the United Nations’ climate conference in Glasgow.

The car’s design centres upon a streamlined, carbon-fibre monocoque platform that’s been engineered to allow the driver and passenger to sit in tandem formation, one behind the other.

Known as the ‘greenest team on the greenest grid’, Envision Racing was the first team in Formula E to be certified carbon neutral by the Carbon Trust in 2020. It is one of a handful of teams to have achieved the 3 Star Sustainability Accreditation from motorsport’s global governing body, the FIA.