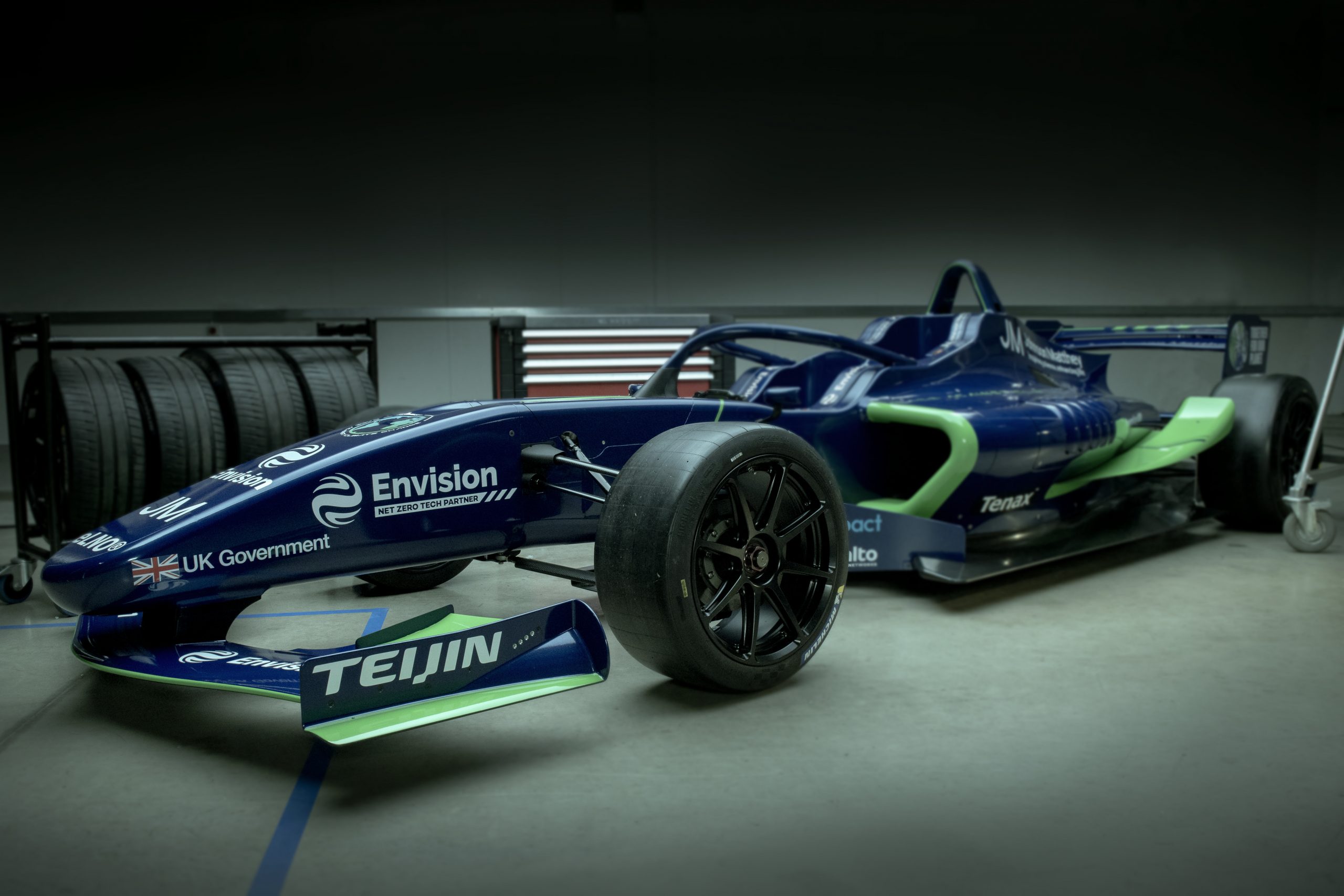 The one-of-a-kind prototype electric racer has been conceived to help accelerate the transition to a net zero future and the advance to clean, sustainable technologies that enable the mass public adoption of electric vehicles. 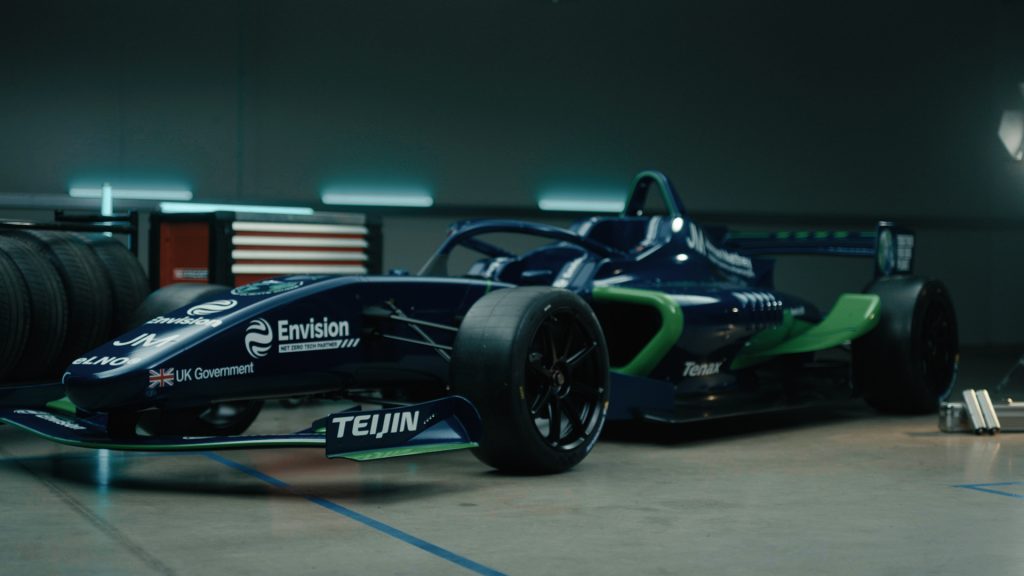 eLNO® has around 20 percent greater energy density than electric vehicle cathode material technology on the road today, resulting in a battery cell energy density of around 200 Wh/kg for a total 47kWh capacity and an output of 585 volts for the electric race car. This means longer travel distance between recharging and a maximum power output of 250 kW at the wheels (around 326 horsepower), a top speed of 240 km/h (149 mph) and 0-60mph in 3.2seconds.

The pioneering cathode material’s fast charging, high performance and long-range capabilities are perfectly suited to the rigours of track racing and show the vast potential of transferring the technology from track to road.

Envision Racing’s Managing Director and Chief Technology Officer, Sylvain Filippi said: “The two-seater race car has been specifically designed to test and push the battery performance to its extreme. This battery technology is unlike anything else we’ve seen before, and we wanted to create a prototype car that would really put it through its paces and showcase its huge potential.

“Challenging on-track trials will provide an accurate indication of how the battery could perform in commercial use. It won’t be required to reach the same speeds away from the track but will face other modern commuting and road-driving demands that require strong, reliable battery performance. These really are next generation batteries with the potential to revolutionise the wider public adoption of EVs.”

Johnson Matthey’s eLNO technology is on schedule to be commercially manufactured in 2024, with the batteries being earmarked as suitable for the performance requirements of large passenger cars and SUVs.

The Envision Racing development team focused on optimising all aspects of the racer’s design to deliver extraordinary on-track performance. It features a dedicated two-seater carbon-fibre monocoque platform that is designed and engineered to accommodate the driver and an additional passenger in tandem formation. The car will run slick tyres to provide optimal mechanical grip and a low wear rate that minimises tyre waste. 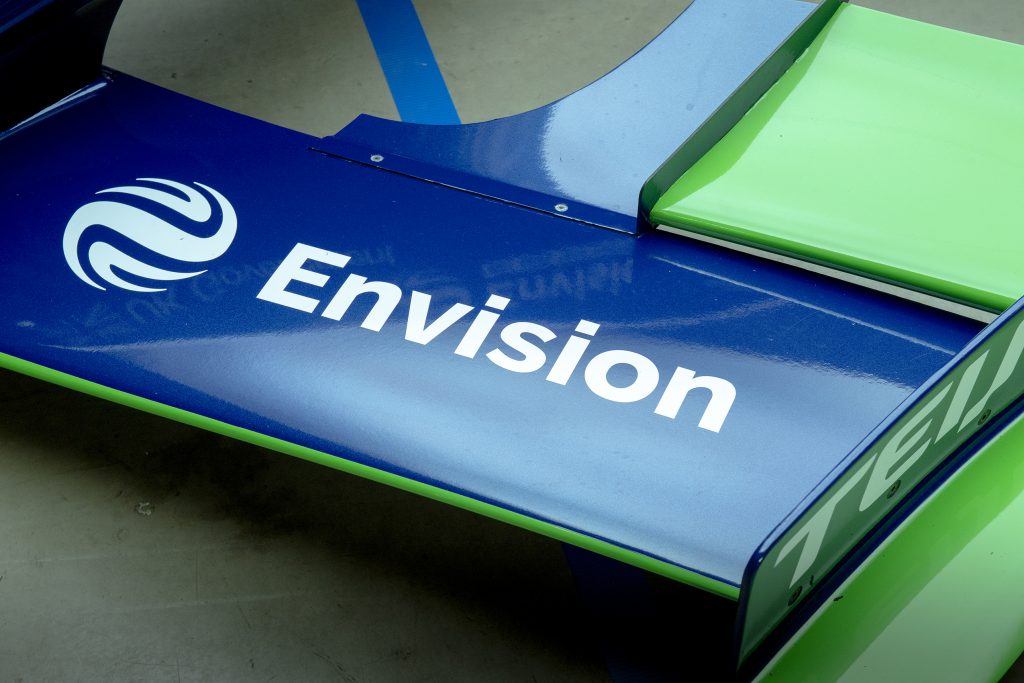 “As the very first public application of our eLNO technology, the two-seater race car will provide a stunning next step in bringing our ground-breaking technology to market,” said Christian Gϋnther, Battery Materials Sector Chief Executive, Johnson Matthey. “Not only will the racer generate valuable test data, but we look forward to giving passengers the opportunity to experience the visceral thrill of a high-performance electric race car.”

The electric two-seater race car will make its full debut in the Blue Zone at COP26, which takes place in Glasgow, Scotland from 31 October – 12 November. Its introduction forms part of the Envision Racing Team’s ‘Race Against Climate Change’ sustainability programme, which aims to inspire generations to tackle climate change.

Envision Racing are the only sports team to exhibit in the Green and Blue Zones at COP26. The Green Zone is open to the public and will see the team unveiling its Season 8 Formula E car for the first time. Attendees will also get the chance to put their own driving skills to the test as they record their fastest virtual Formula E lap on the team’s state-of-the-art racing simulator. 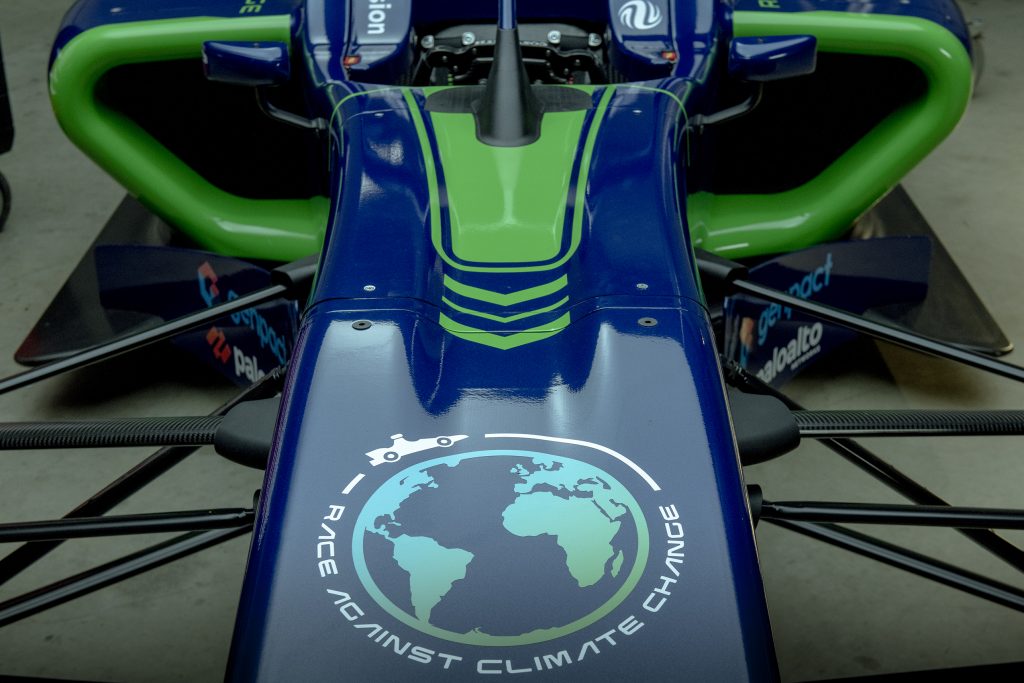 At COP26, Envision Racing will also challenge the issue of plastic consumer waste in a collaboration with Glasgow City Council and UK Government’s Together for Our Planet campaign, which has culminated in the creation of a Formula E race car made entirely from plastic waste. The plastic waste car will be displayed from 1-7 November at Glasgow’s Silverburn shopping centre to engage the local community, before being unveiled in the Blue Zone at the World Leader’s Summit.

Sylvain Filippi concluded: “COP26 is a perfect platform for world firsts such as the electric two-seater formula race car. It shows the far-reaching possibilities for sustainable technologies and creates excitement and intrigue that can help inspire positive attitudes and actions.”