Like most racing drivers, Sam Bird and Robin Frijns began their careers at grass root levels on the karting track. Now professional racing drivers, the Envision Virgin Racing duo decided to return to their roots recently ahead of the Mexico City E-Prix. 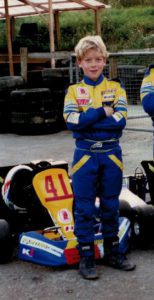 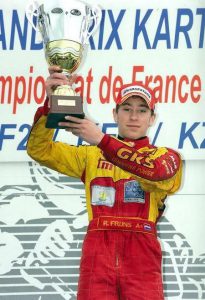 Teaming up with electric karting club K1Speed, the pair headed to one of their new indoor circuits to teach – and inspire – students from the nearby American School Foundation, as part of the team’s sustainability programme entitled the Race Against Climate Change (RACC).

The group of male and female students, all aged around 16, were specially chosen from the school and all currently in the 11th and 12th grades, studying an array of subjects from engineering to entrepreneurship.

“We’ve had a lot of fun with the guys today,” said Sam. Robin and I get to go racing all day, everyday, so it was great to give something back and let these students experience the same thrills we do, and also hopefully inspire them to get more involved with EVs and related subjects at school. After all, motorsport is such a team sport and there are so many roles for both men and women to get involved in.”

He added: “It was also so insightful for us to learn more about Mexico City and its air pollution issues. It’s incredible to think that one in 17 of all deaths in the city are as a result of poor air quality. That’s why we go racing and why Formula E is important and hopefully we can encourage the next generation to play their part.”

And so, to the most important part, who won? The Envision Virgin Racing drivers or the students? Well…

– Mexico City has some of the worst air quality in the world and rarely meets the WHO recommended levels.

– One in 17 of all deaths are as a result of poor air quality.

– The number of vehicles has risen steeply from 2.5 million in 2000 to 9.6million today. The population of Mexico City is 21 million.

– Mexico City air pollution is a result of unfavourable weather, transport emissions, wood burning and city traffic. It is also located in a valley where there is little wind and at high altitude.