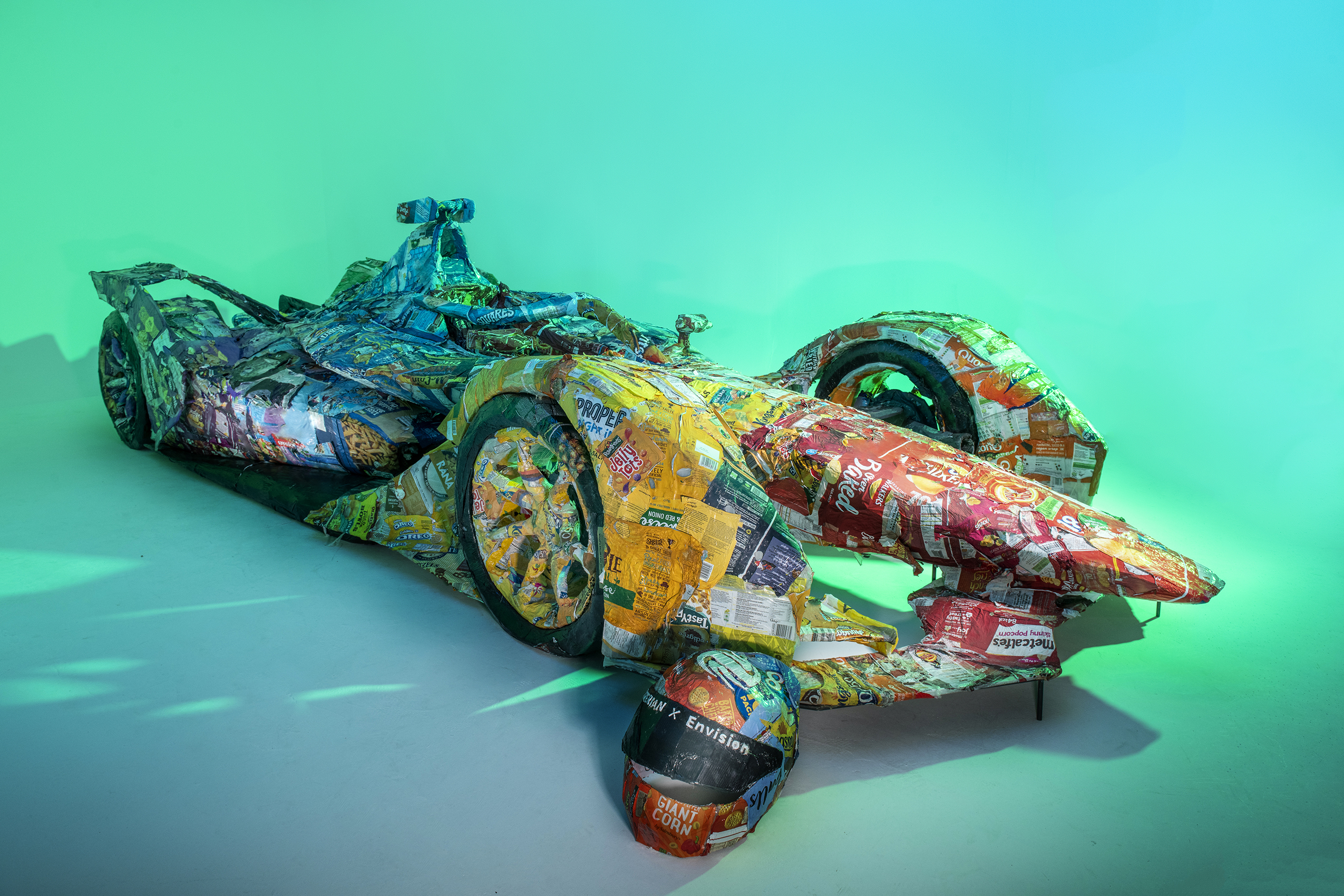 WASTE NOT, WANT NOT – KIDS LEAD THE RACE AGAINST CLIMATE CHANGE

Envision Racing has collaborated with Kids Against Plastic – a campaign group founded by inspiring sisters Amy and Ella Meek – to elevate the voice of young people and demonstrate the importance of youth engagement in the race against climate change. Inspired to make a positive change after learning about the UN Global Goals, the Meeks have focused their efforts on collecting single use plastic litter and encouraging children, schools, businesses and councils across the UK to do the same by becoming “Plastic Clever.” 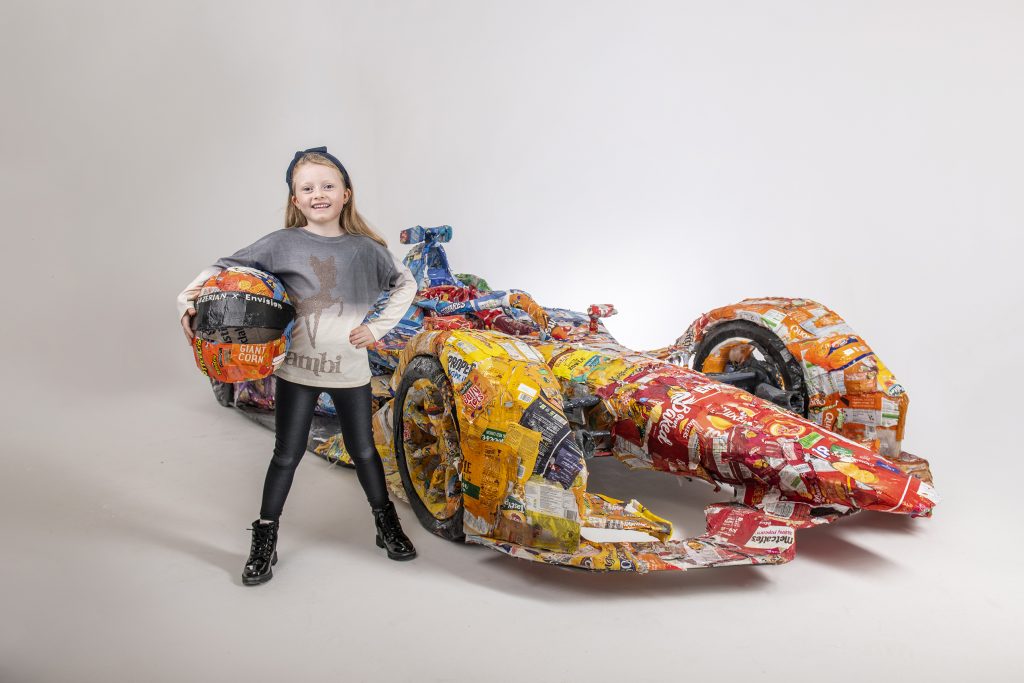 Three years since the European Parliament voted for a total ban on plastic cutlery, cotton buds, straws, drink stirrers and plates, Plastic Oceans estimates that 10 million tonnes of plastic are dumped into the oceans each year. Figures show the world produces more than 380 million tonnes of plastic annually, and up to 50% of that is for single use.

The 1:1 scale replica Formula E car has been made from 100kg of plastic litter collected by Kids Against Plastic and the school litter picks to highlight the role of plastic reduction in the race against climate change. Taking more than 700 hours, the replica has been created by British design studio Lazerian.

The Recover E initiative has engaged schools across the UK and aims to raise awareness of the issue of single use plastic on a global stage to accelerate change in the race against climate change. The participants have included a Primary 7 class of children from Glasgow City Council School, Garrowhill Primary School who also took part in a litter pick and the class will attend the unveiling at Silverburn Shopping Centre on 1 November. 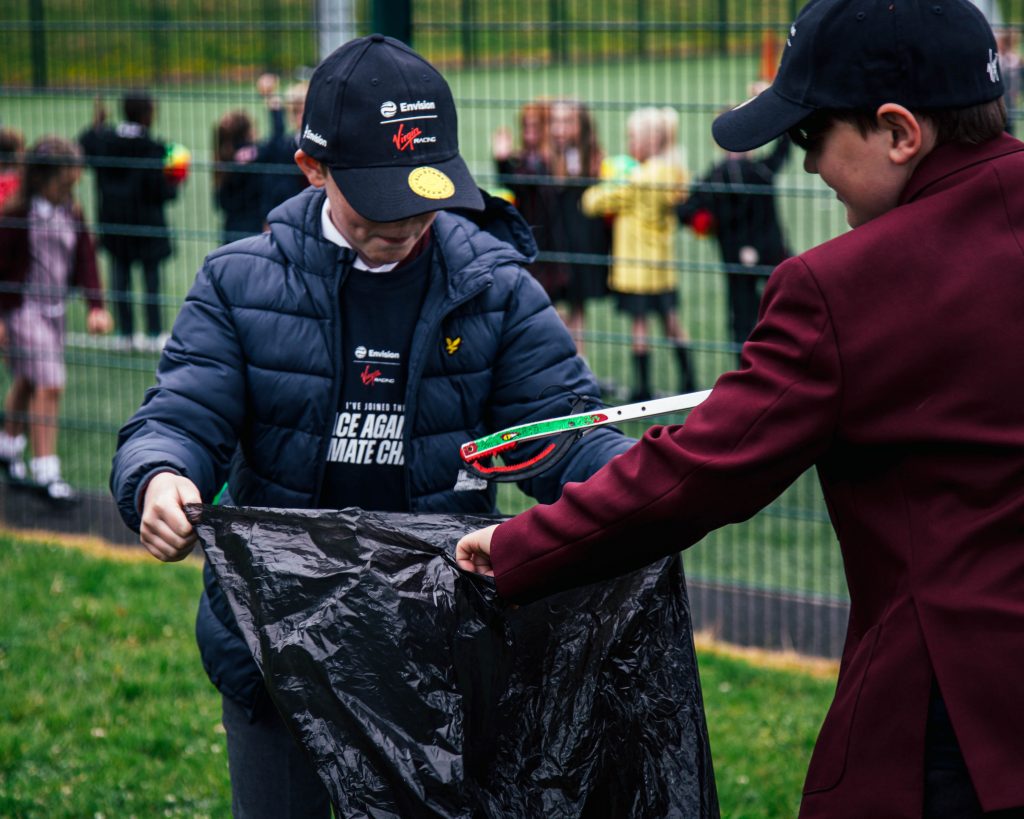 Amy and Ella Meek, founders of Kids Against Plastic added: “It’s really fitting that the Recover E car will be seen by audiences from school children to shoppers and world leaders because to make change happen, we need everyone, to join a movement of people that are breaking their plastic habits and lobbying for change. It’s been amazing to partner with an organisation like Envision Racing, whose values and goals match ours, and can help put our campaign on the world stage.”

“Plastic has long been regarded as a villain when it comes to the environmental efforts of economies across the globe. Billions of tonnes of plastic waste are estimated to have been produced, with only a small percentage being recycled.
Envision Racing, Managing Director and Chief Technology Officer Sylvain Filippi

“Calls to tackle the plastic problem have led to a raft of green initiatives and the emergence in recent years of sustainable packaging solutions aimed at tackling plastic waste, such as the UK’s imminent plastic packaging tax. The time for action is now and the fantastic efforts of young people such as Kids Against Plastic and schools like Garrowhill Primary show the next generation is driving the race against climate change.” 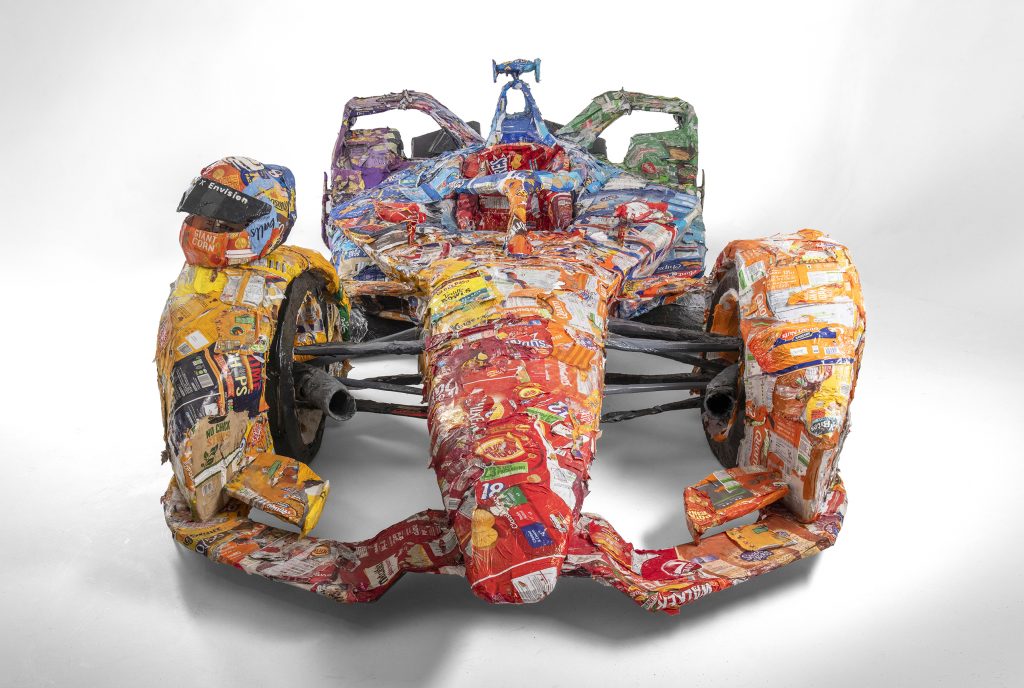 Councillor Chris Cunningham, City Convener for Education, Skills and Early Years said: “Our children and young people have been able to take part in so many wonderful opportunities in the run up to COP26 and as part of a climate legacy for our schools.

“I know that the pupils at Garrowhill Primary had an amazing day when the Envision Racing team visited their school and they were able to help collect the litter that’s now incorporated into the racing car – recycling in perfect harmony.

“They will have a great day at Silverburn when they get to see the car in all its glory.” 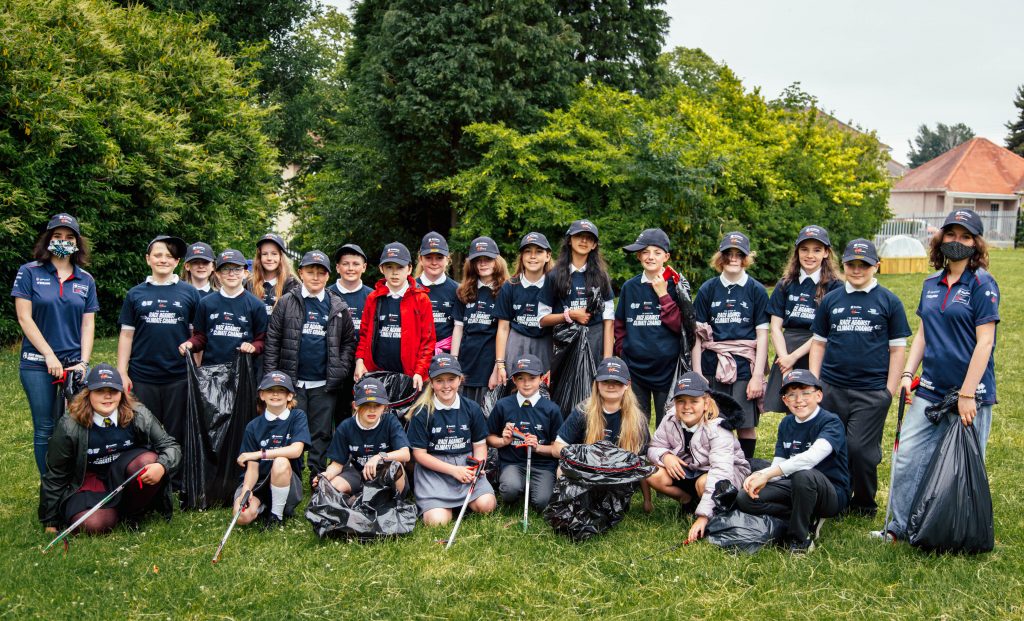