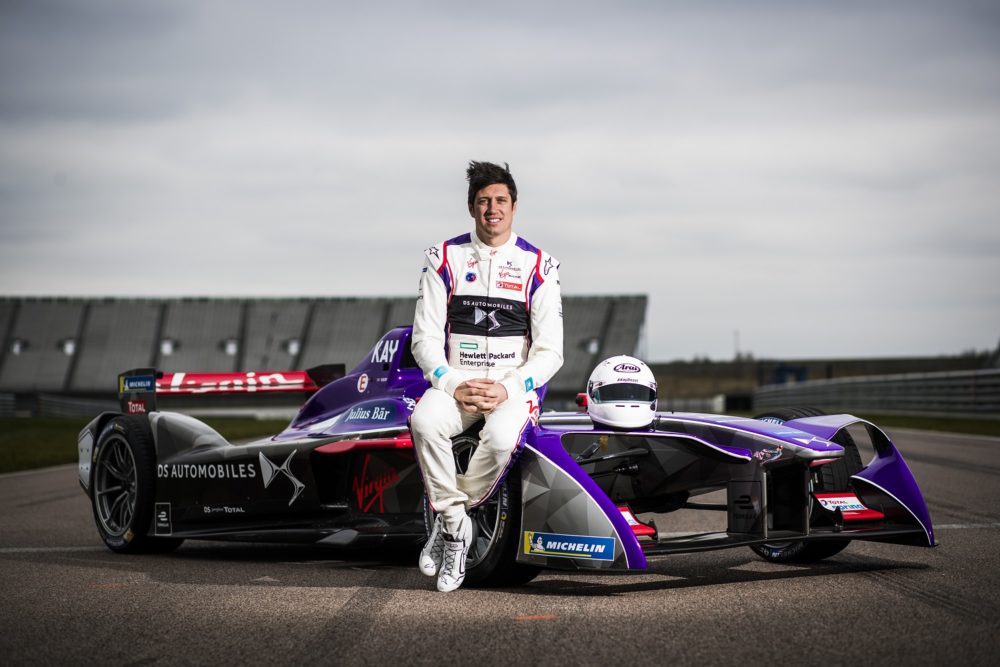 Kay, who turned 44 recently and presents coverage of the FIA Formula E Championship on Channel 5, was given the opportunity by leading team Virgin Racing at Rockingham’s Motor Speedway.

The 6ft 5in presenter was put through his paces by the team’s star driver Sam Bird, who currently lies second in the drivers’ standings.

Kay was first shown the ropes in a DS7 Crossback Performance Line road car, before being let loose in the all-electric single-seater, which can reach speeds of up to 140mph. And for good luck, the team chose to rename the car after his wife Tess Daly for some ‘moral support’. 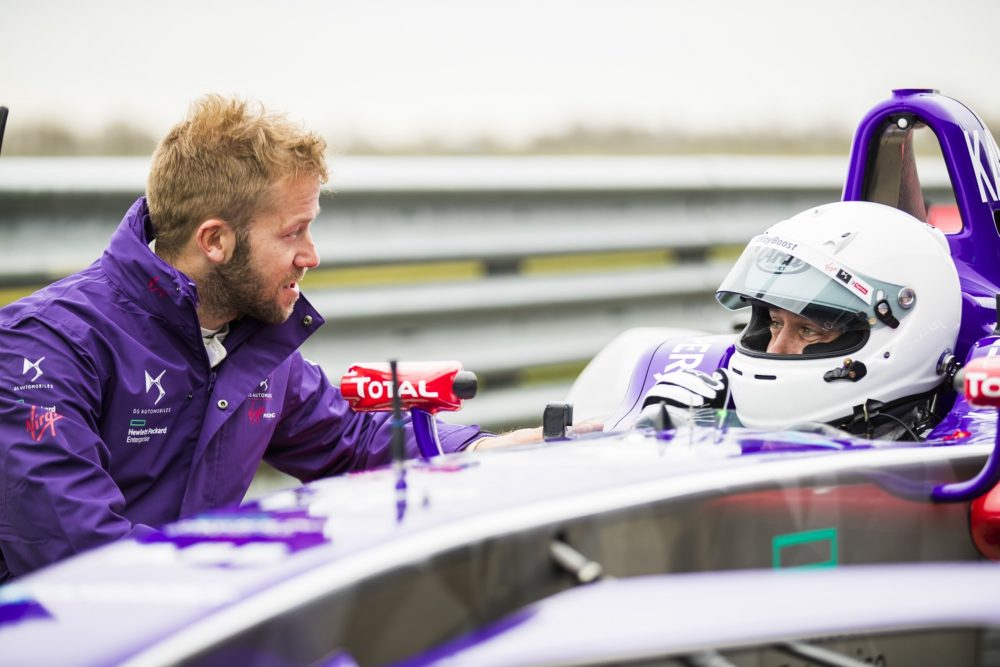 “I’m one hell of a lucky man,” Vernon commented. “Why? Because the Virgin Racing team and their star driver Sam Bird have agreed to let me drive one of their stunning, all-electric Formula E cars. Are they bonkers?”

Virgin Racing is one of the founding and leading teams in the electric street racing series, which is currently mid-way through its fourth season. The team lies second in the standings with four rounds remaining. The next race takes place in Berlin on May 19. 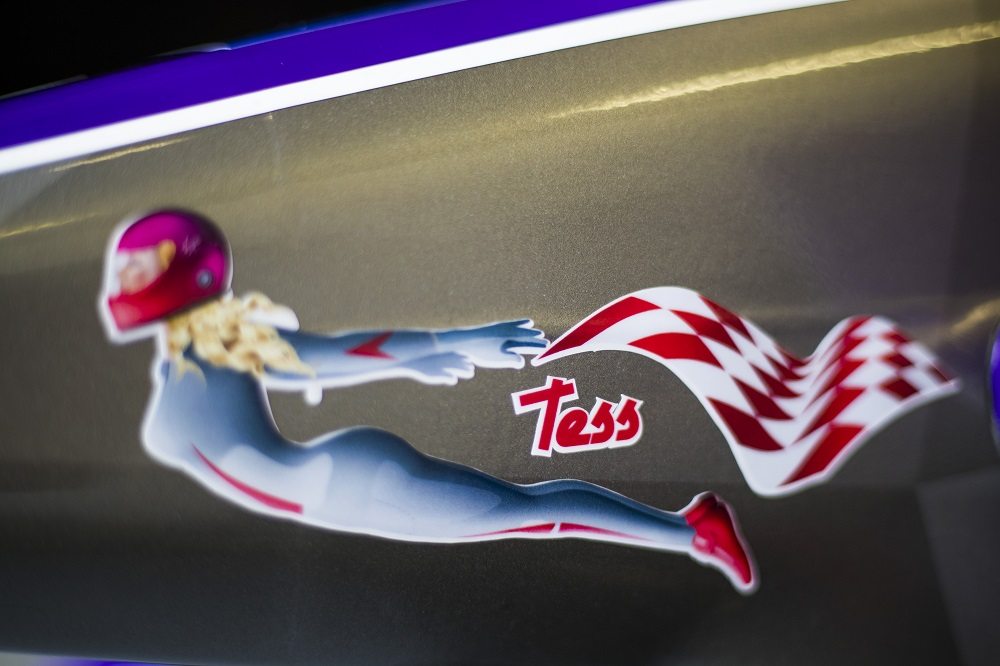