Marbula-E, the marble racing parody of the all-electric Formula E series, is to roll back into action following ‘unprecedented demand’, with a three-race ‘final rolldown’ that will see its first ever champion crowned.

Launched in April, the series now dubbed the ‘pinnaball of motorsport’ was created by Formula E team Envision Virgin Racing and Jelle’s Marble Runs as a way of filling the void left by the global lockdown.

Originally set over three events, organisers have now decided to extend the championship further following its huge success, which includes attracting more than 10 million views to date and over 70 million social impressions.

Races, which replicate tracks scheduled to be visited by Formula E, have already been staged in Paris, Seoul and Jakarta, and will now conclude with circuits for Berlin, New York City and London, beginning with the German capital on August 4 – on the eve of Formula E’s actual return to racing.

Envision Virgin Racing’s Managing Director Sylvain Filippi, said: “We’ve had ‘marbellous’ success to date and it still amazes me how popular our Marbula-E series has become. Something that started out as a bit of fun has gone on to attract worldwide media attention and thousands of avid fans. With this unprecedented demand, we just felt we had to extend the series using the remainder of the original Formula E calendar, and meaning we’ll be able to crown our inaugural M-Champion very soon.” 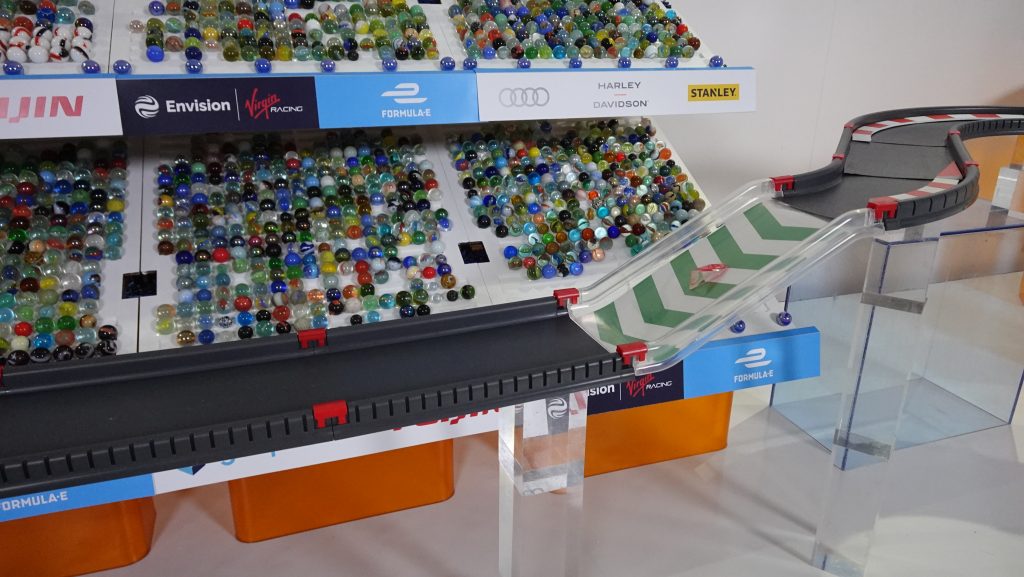 He added: “Current championship leaders are the Mercedes-Benz EQ team but, as we know in motorsport, anything can happen and there’s still a lot of points up for grabs. Sadly, our team’s marble has just lacked race pace, but we hope we can end the season on a high.”

Available to watch on the team’s Facebook and YouTube channels, as well as those of Jelle’s Marble Runs, races will once again feature realistic circuits and backdrops including packed grandstands, TV graphics and commentary from veteran Greg ‘Woodsie’ Woods and the voice of Formula E himself Jack Nicholls. The innovative ‘driver’s eye’ onboard camera will also continue.

The Berlin M-Prix takes place on August 4, followed by the New York City race and the London season finale later in the summer.