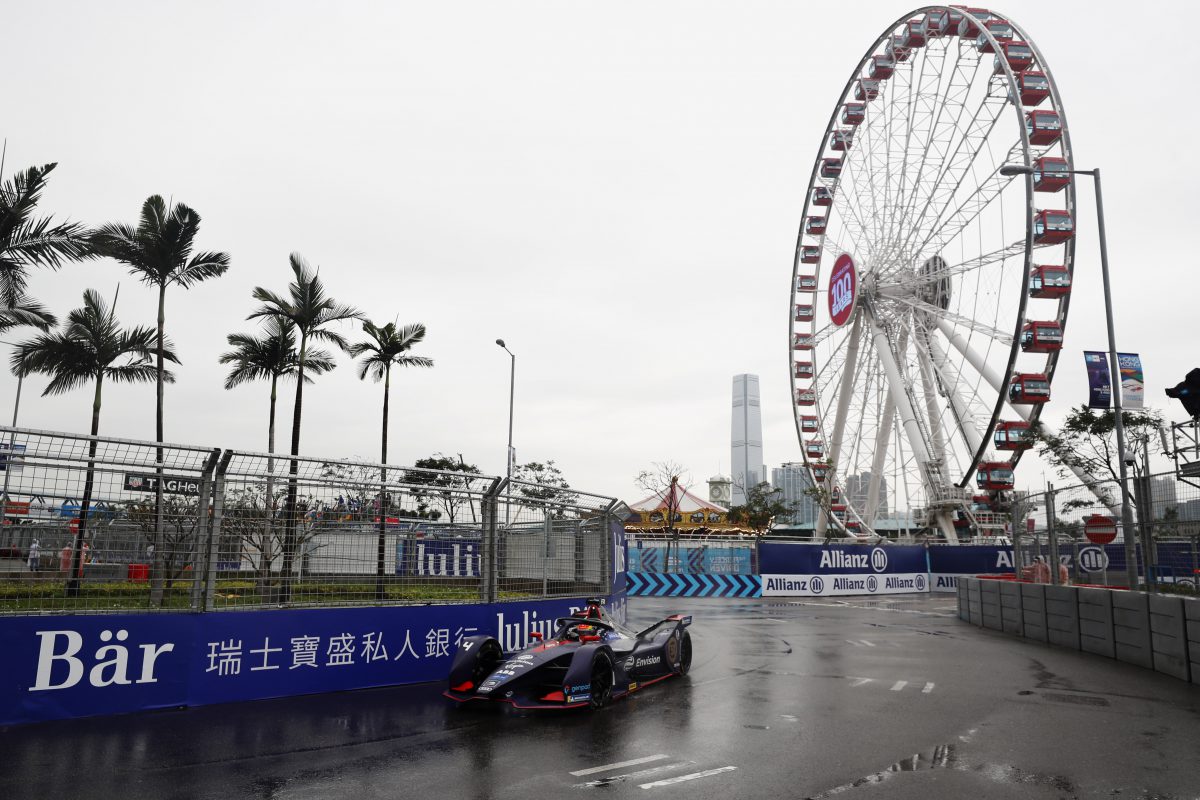 Envision Virgin Racing drivers Sam Bird and Robin Frijns overcame changeable conditions to get both their cars into the top 10 for today’s Hong Kong E-Prix.

Qualifying started under heavy rain which eased off towards the end of the session, with both Bird and Frijns having to endure the worst of the weather as they went out in groups one and two respectively.

Despite that, Bird was still able to put in a superb lap to finish second in his group, which was good enough to qualify seventh overall with a lap time of 1:12:529s. Amazingly, Sebastien Buemi also produced an identical lap time showing just how competitive the session was.

Team-mate Frijns, meanwhile,  was able to qualify tenth fastest despite his session being cut short after a spin by Jean-Eric Vergne caused a red flag.

As the session progressed, the rain continued to ease giving those drivers in groups three and four the best of the conditions.

The race will get underway at 16:00 local time (8am UK time). UK fans can watch live coverage of the Hong Kong E-Prix on BBC 2.