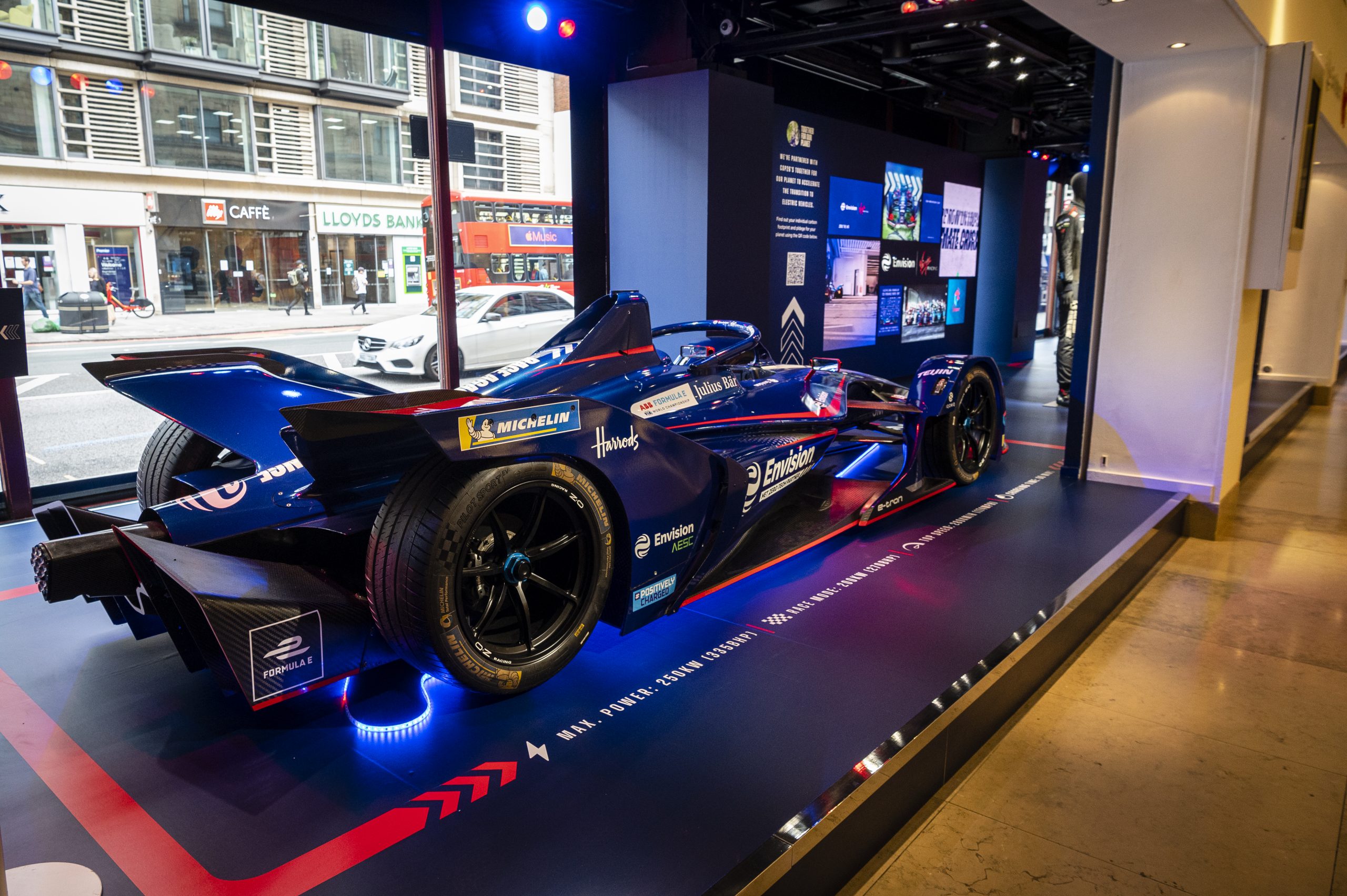 Sustainability-focused Formula E team Envision Racing has today partnered with Harrods, the world’s most iconic department store, to raise awareness of zero emission vehicles in the run-up to the London E-Prix and COP26.

From today, Harrods will host a unique Future Mobility exhibition in the window display of its flagship store on Brompton Road, London. Here, Envision Racing will showcase both its past and present Formula E electric race cars, allowing the thousands of passers-by and in-store visitors to get up close to these amazing machines and learn more about the urgent need for us all to transition to cleaner, greener transportation.

As well as highlighting the rapid progression of EV technology through Formula E, the exhibition will also be the first time an electric race car has been on display in Harrods.

Taking place on July 24 and 25 at London’s ExCeL, the London E-Prix marks the return of electric racing to the capital since 2016, with drivers racing on a world first indoor/outdoor circuit. The event will also see the team competing with bespoke Harrods branding on its cars, which are capable of reaching speeds up to 174mph emission free and travelling from 0-62mph in 2.8 seconds.

In addition to a host of interactive features, the exhibition will also have a replica racing simulator giving visitors the chance to put their own driving skills to the test, as well as enter a competition to win tickets to the London race. The winner will be the one who sets the closest time to that set by Envision Racing driver Nick Cassidy who attended the store recently. 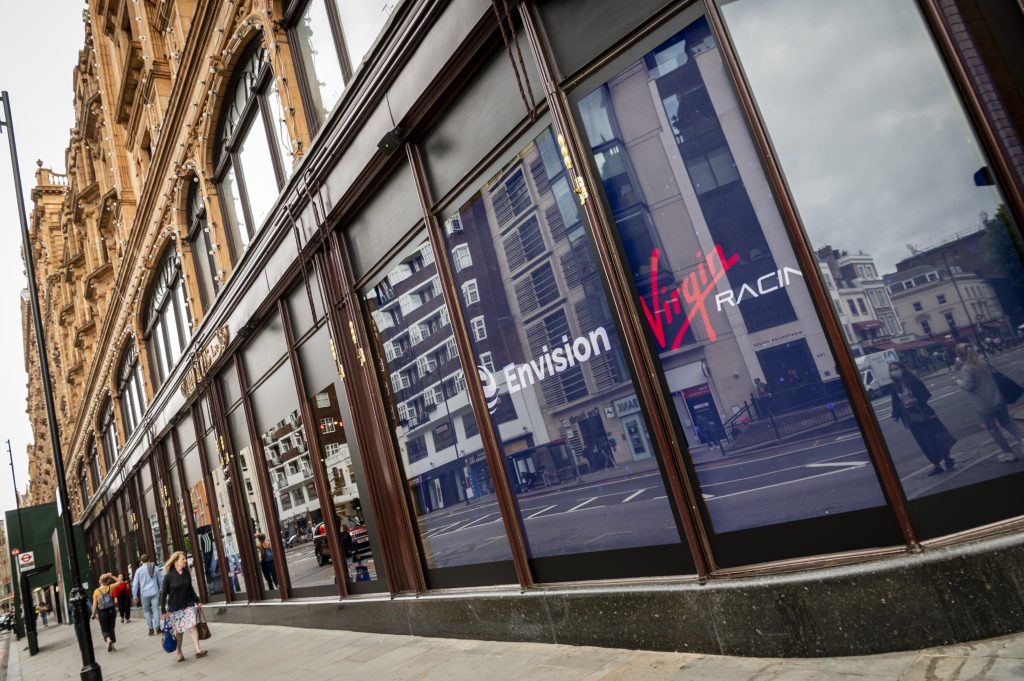 Speaking about the new collaboration, Alex Unitt, Director of Partnerships at Harrods, said: “Ahead of the exciting London E-Prix this summer, we are delighted to showcase these incredible electric vehicles in our iconic Brompton Road exhibition windows. Harrods has a long history in automotive and this is a unique opportunity for motorsport lovers to get close to these cars for the first time and to even experience driving them through the interactive racing simulator inside the store. Formula E champions an important message about global climate action and we are very proud to support the Envision Racing Formula E team.” 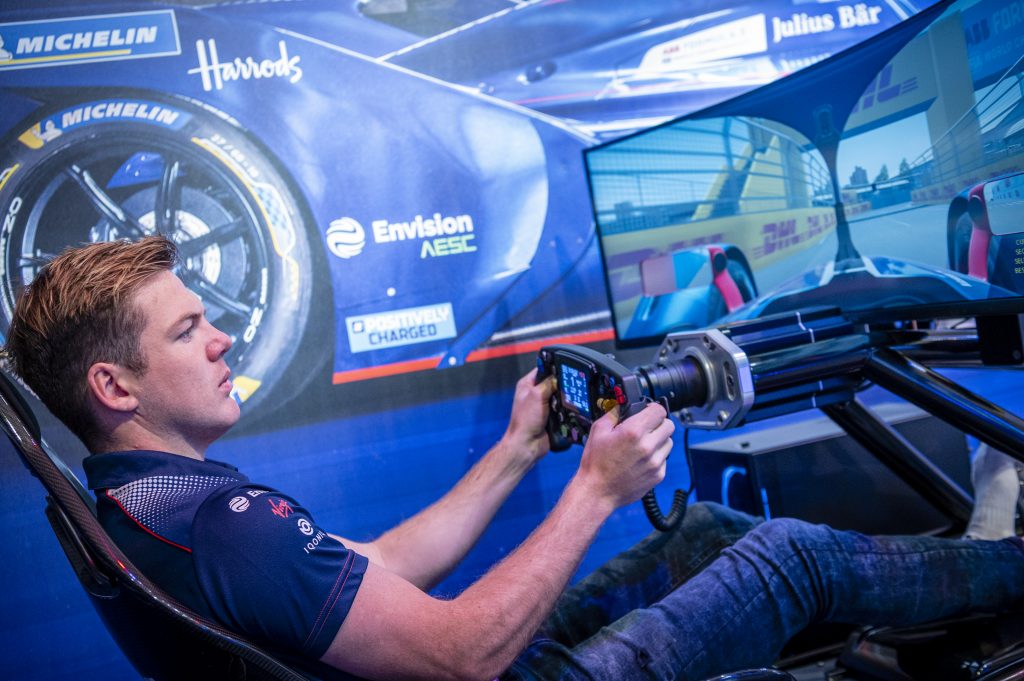 Since its inception, the purpose-driven Envision Racing team, who are already a partner of the UN’s COP26 climate summit, have used its platform to champion sustainability via its ‘Race Against Climate Change’ initiative. As well as being the first Formula E team to be certified carbon neutral (PAS 2060), it is one of a handful to have achieved the FIA’s 3 Star Sustainability Accreditation and was the first to sign up to the UNFCCC Sports for Climate Action Framework.

James Mercer, Commercial Director at Envision Racing, added: “London is one of the most affected cities in Europe for air pollution. This is why transitioning to clean, green electric vehicles is crucial if we’re to reduce this, as well as play our part in tackling climate change. Our mission is to use our platform to raise awareness of this cause and what better way than with a display right in the heart of one of London’s best-known roads in one of London’s most iconic landmarks, and ahead of the all-important London E-Prix.” 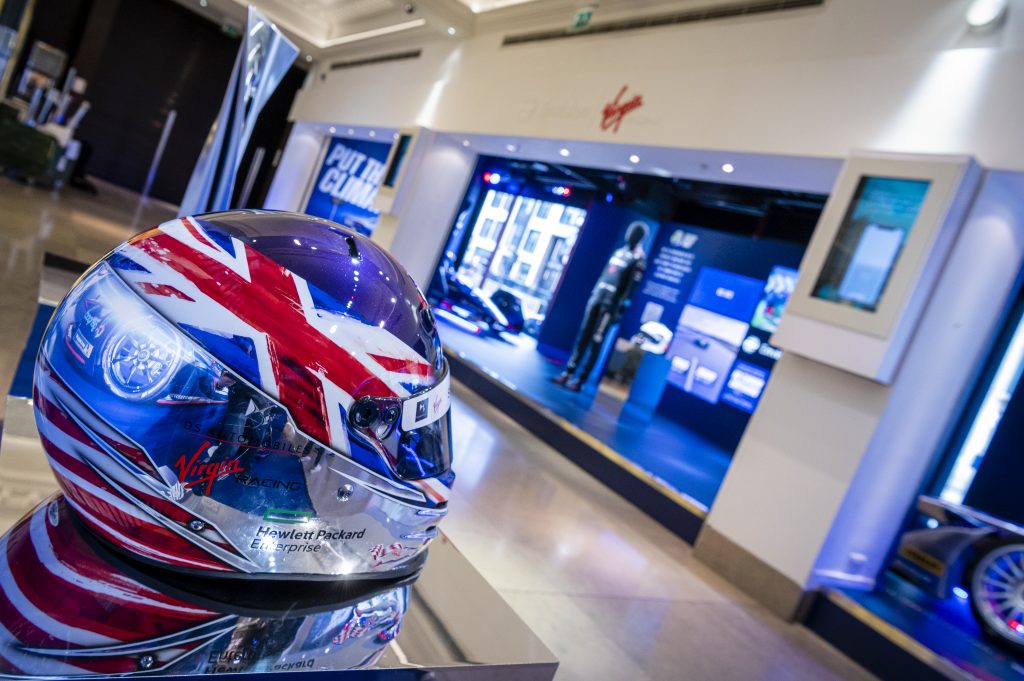 The Future Mobility Exhibition is open to all every day until June 25. Formula E is the world’s first fully-electric race series and is currently at its season midway point with eight events to come in Mexico, New York, London and Berlin. The team are currently leading the championship through its Dutch driver Robin Frijns.

For  further details on Harrods go to www.harrods.com 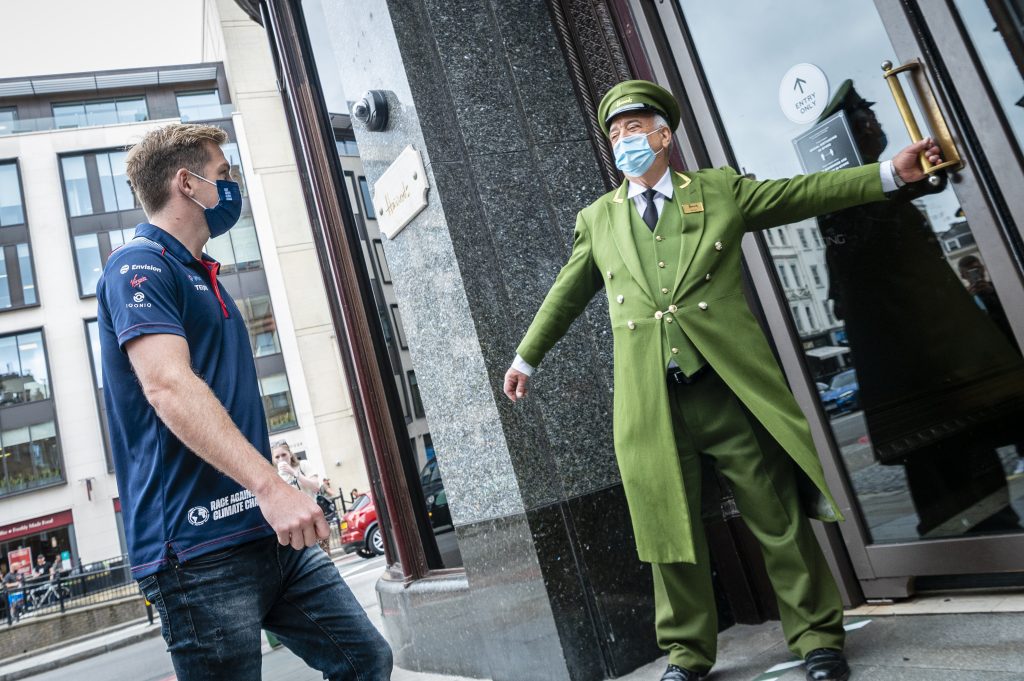