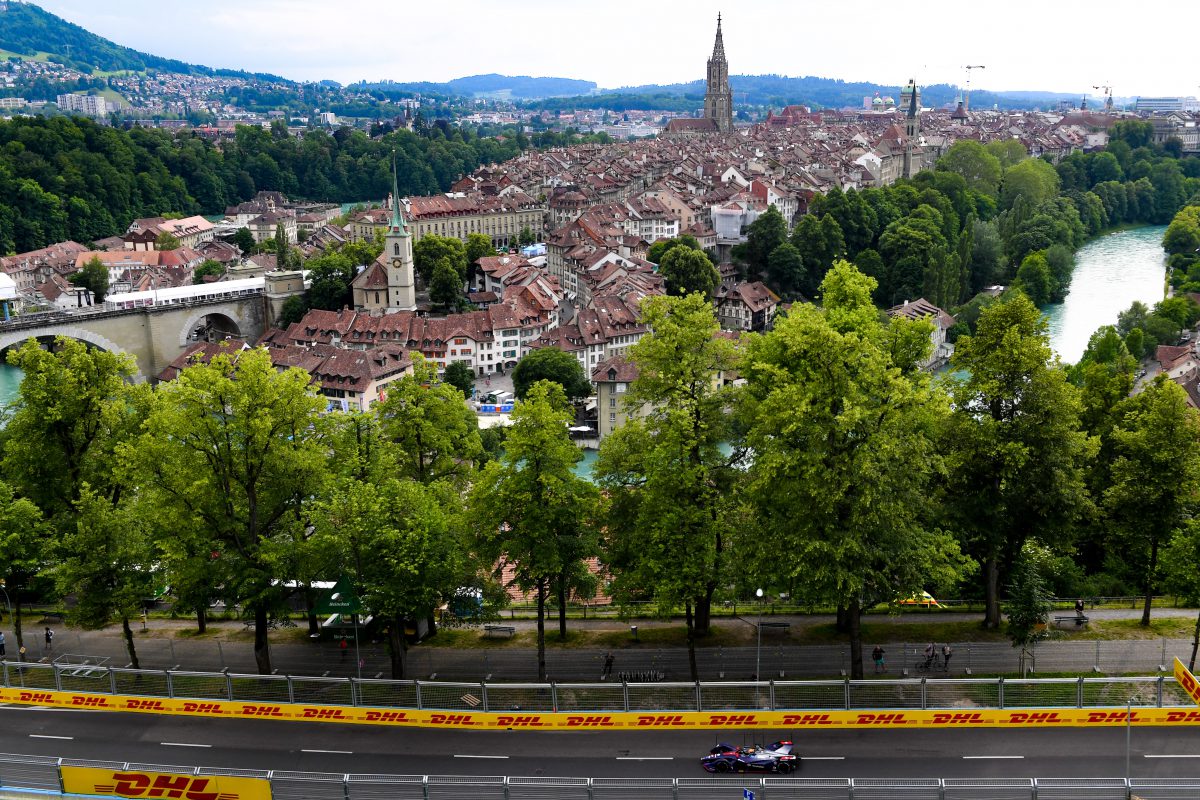 TALE OF TWO HALVES FOR ENVISION VIRGIN RACING IN BERN

Bird, who qualified sixth after making it into Superpole, drove a measured race to work his way up the order and ran as high as fourth at one stage, including a superb overtake around the outside of Maximilan Gunther into the Turn 3/4/5 chicane. After Pascal Wehrlein’s retirement promoted him to P4, Bird was forced to defend from a charging Andre Lotterer on Attack Mode and, despite some vigerous defending, he was unable to keep the German behind him.

Then, in the closing stages, a sudden downpour saw the entire top five drivers struggle for grip as they skidded their way to the checkered flag nose-to-tail. A post-race penalty for Lotterer saw Bird handed fourth position, earning an additional two points for himself and the team.

Meanwhile, for his 27-year-old team-mate Frijns, it was a different story. After the Dutchman had shown strong pace all day – concluding the opening practice sessions fourth and fifth respectively and qualifying ninth – his race was ended prematurely when he was hit from behind heading into the first corner on the opening lap. The contact, from Jerome D’Ambrosio who was subsequently penalised with a drive-through penalty, damaged his rear suspension and contributed to a multi-car blockage resulting in the race being red flagged.

Speaking after the race, Bird, 32, said: “That was a crazy race. Firstly, I want to say I’m gutted for Robin as he would have been up there with me today had it not been for what happened at the start. As for my race, I picked up a puncture in the first lap incident but was able to get it sorted before the restart. Then it was a case of settling into the race and picking up places where we could. Andre put a lot of pressure on me and I made a slight mistake allowing him through. Then the rain came to make things even more challenging and I was just able to hold on. It’s great to get some good points on the board again after a luckless spell and we now head to New York full of confidence and plenty of points up for grabs.”

Frijns said: “It’s hard to put today’s race into words. To have your race cut short so soon through no fault of your own is incredibly frustrating. After my win in Paris, we’ve had a run of bad luck and in a championship as competitive as Formula E, you just can’t afford to not pick up points regularly. There’s still two races left though so we’ll keep fighting as we always do and see what happens in New York – after all there’s only 17 points separating second to sixth places in the drivers’ championship so all still to play for.”

Summarising the weekend, Envision Virgin Racing Managing Director Sylvain Filippi added: “I’m very proud of Sam and Robin today and the whole team. My heart goes out to Robin, but unfortunately sometimes that’s just motor racing and we have to put it behind us and move on. Sam drove a great race today, especially his overtake on Maximilan [Gunther] towards the end in the rain, and with these points today it means we are still very much in contention for a top three finish in both the drivers’ and the teams’ championship.”