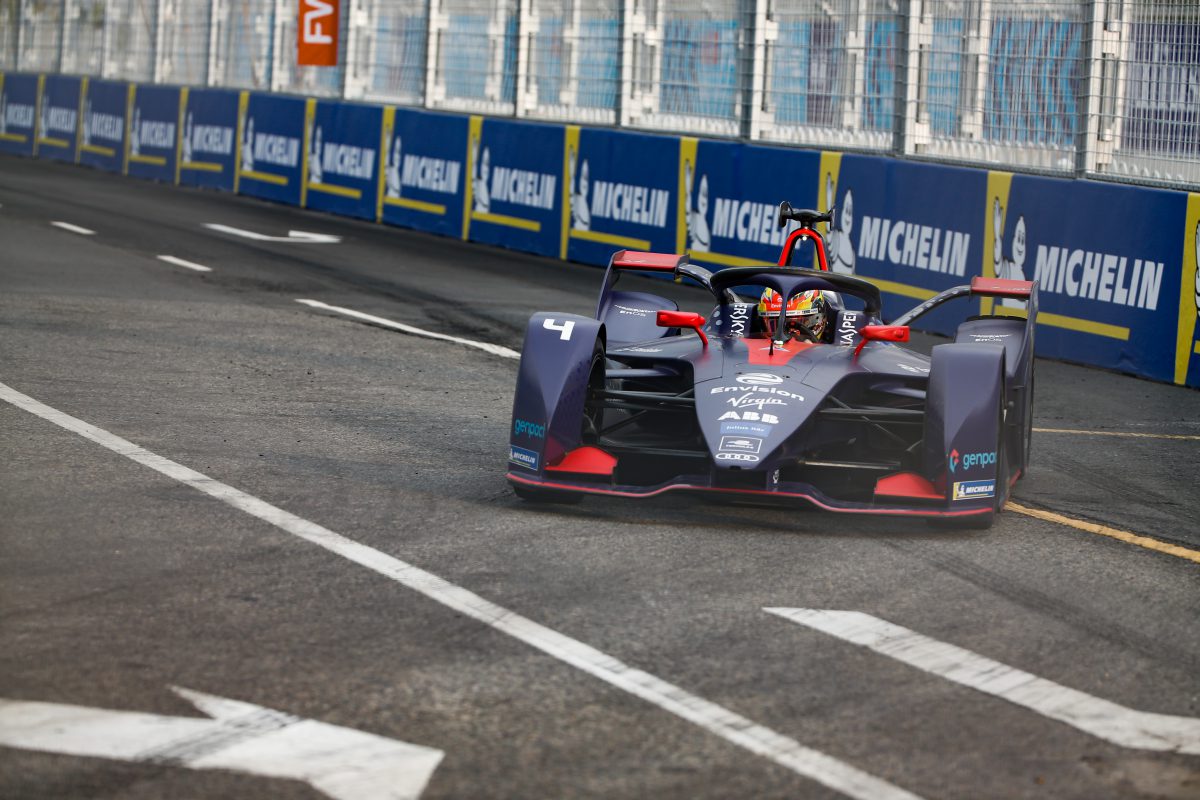 Envision Virgin Racing ended a closely-fought practice session just outside the top 10 as traffic thwarted both Sam Bird and Robin Frijns on their 250kW runs.

Bird, who is the current championship leader, ended the final practice session in 11th place, but was only four-tenths off the fastest time after setting a 1:07.715s.

Meanwhile team-mate Frijns set a good first sector time on his qualifying simulation but hit traffic coming into the Turn 8 hairpin, which continued up until the right-hander at Turn 10, causing the Dutchmen to end the session 16th fastest.

The morning session was the first opportunity for the squad to test their car around the 2.360km Sanya street track.

Frijns was able to go sixth fastest on his 250kW lap with a lap time of 1:07.971s four-tenths off the fastest time set by Oliver Rowland.

However, Bird hit traffic on his qualifying simulation run and ended the session in 15th place.

Next up for the team is qualifying which gets underway at 11:20am local time with Bird running in group one and Frijns in group two. UK fans can watch live coverage of this on the BBC Red Button.