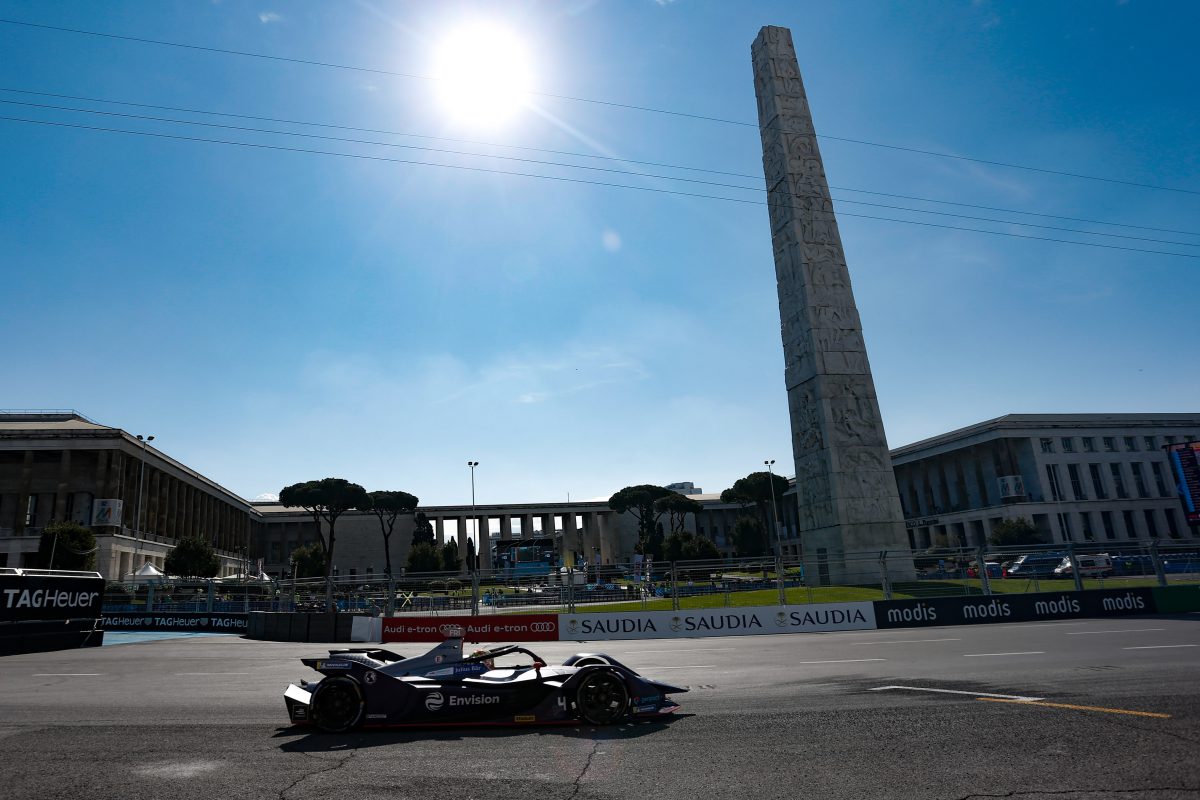 Envision Virgin Racing had a competitive start to the race day in Rome after two strong practice sessions.

In the first session of the morning, the drivers had 45 minutes to get used to the 2.87km Rome street circuit.

Sam Bird managed to go fourth fastest on his 250kW run at the end of the session with a 1:30:004s, two-tenths off the fastest lap time set by Oliver Rowland.

Robin Frijns went eighth fastest on his first qualifying run with a lap time of 1:30.338s.

In the second morning session, the team got caught out by a yellow flag for Felipe Massa who spun at Turn 13 after suffering a driveshaft failure.

Both Bird and Frijns were on full power runs as the yellow flag emerged, causing both to back off on their qualifying simulations.

Next up for the team is qualifying which gets underway at 11:45am local time with Bird running in group one and Frijns in group two.