Buemi is one of the most successful drivers on the Formula E grid with a CV consisting of 13 E-Prix victories, 29 podium finishes and 14 pole positions, and will help lead the Envision Racing team into the faster and more powerful era of Formula E. 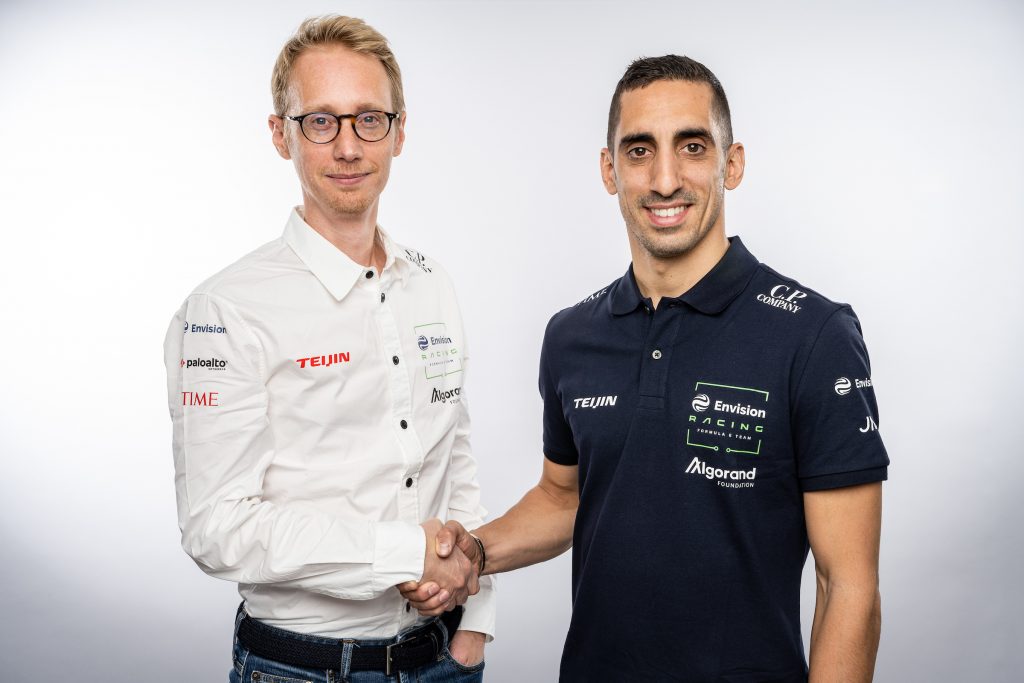 As well as his achievements at the wheel of a Formula E car, Buemi has starred in numerous other racing categories with 55 Formula One starts between 2009 and 2011, and an incredible four outright wins at the legendary 24 Hours of Le Mans.

The Swiss racing driver is delighted to be joining the team and has high hopes heading into Formula E’s exciting new phase. Buemi said: “It’s an interesting time to be part of Formula E and I can’t wait to start driving for Envision Racing next season. I have always had a huge
amount of respect for the team, and I believe they’ve done a great job in maximising results over the years.

“The new Gen3 era is hugely important for the sport and presents a new challenge, with a faster, lighter and more powerful car. My objective is to fight at the front, so I’m looking forward to start testing and preparing myself ahead of the first race in Mexico City.”

The team’s Managing Director Sylvain Filippi said: “As a team, we’re always aiming to be as competitive as possible. In Sébastien we’re confident that we have one of the fastest, most experienced, and ambitious drivers on the grid, which gives us great confidence going into the new season.

“We believe that alongside Nick Cassidy, we have two drivers that can help us to compete at the front of the grid and challenge for both team and driver championship titles next season.”

Envision Group’s Vice President Franz Jung and Chairman of the Board of Envision Racing added: “I’m delighted to welcome Sébastien to the Envision family. Sébastien’s track record speaks for itself and he’s going to be an invaluable asset to the team.”