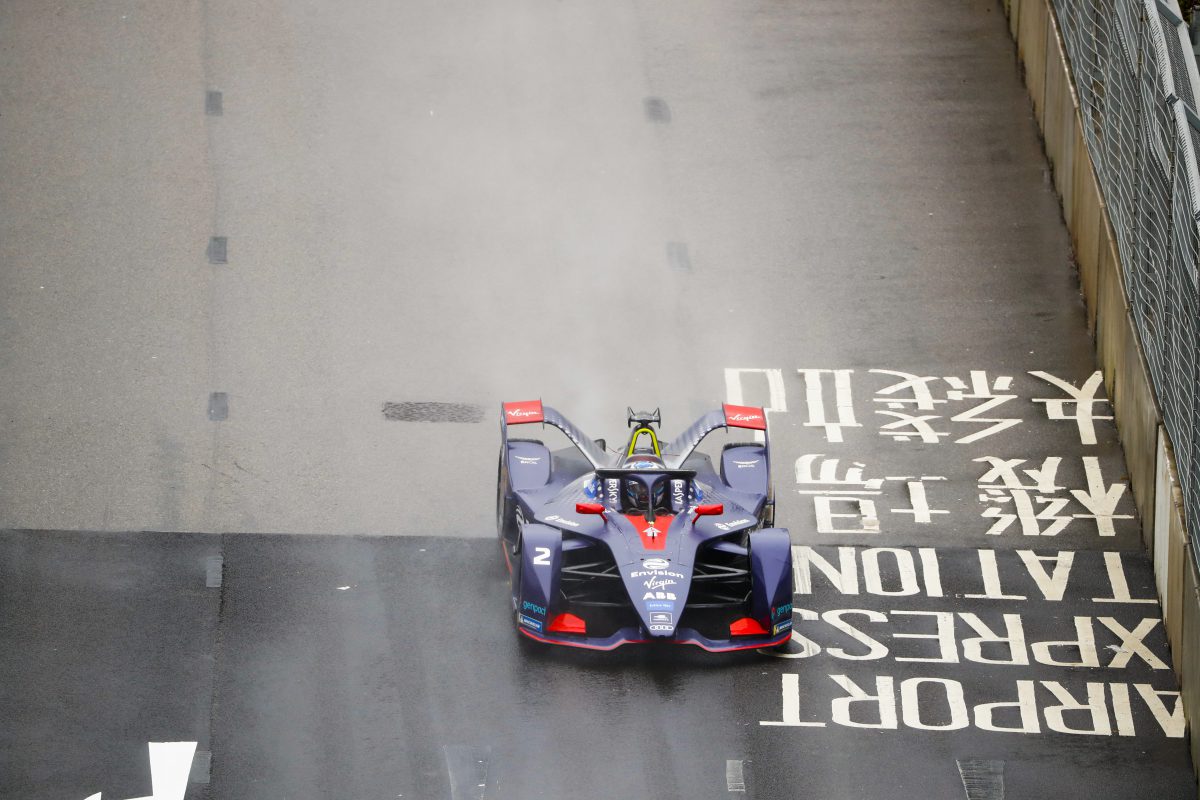 The Dutchmen was the last across the line when he attempted his full power 250kW qualifying run, and set an impressive 1:09.221s which was two-tenths faster than Oliver Rowland in the Nissan.

Frijns was also held up in the final sector of the lap, which means the 27-year-old could have gone even faster.

Sam Bird also had a strong session in the challenging conditions, as the Briton came home in sixth setting a 1:09.909s, seven-tenths behind his team-mate

In the opening morning session, Bird and Frijns showed good pace in damp conditions. Frijns proved that the Envision Virgin Racing car handled beautifully around the 1.86km Harbourfront circuit, and finished the session in a respectable sixth place setting a 1.09.957, while Bird came home in 12th.

Next up for the team is qualifying which gets underway at 11:45am local time with Bird running in group one and Frijns in group two. UK fans can watch live coverage of this on the BBC Red Button.