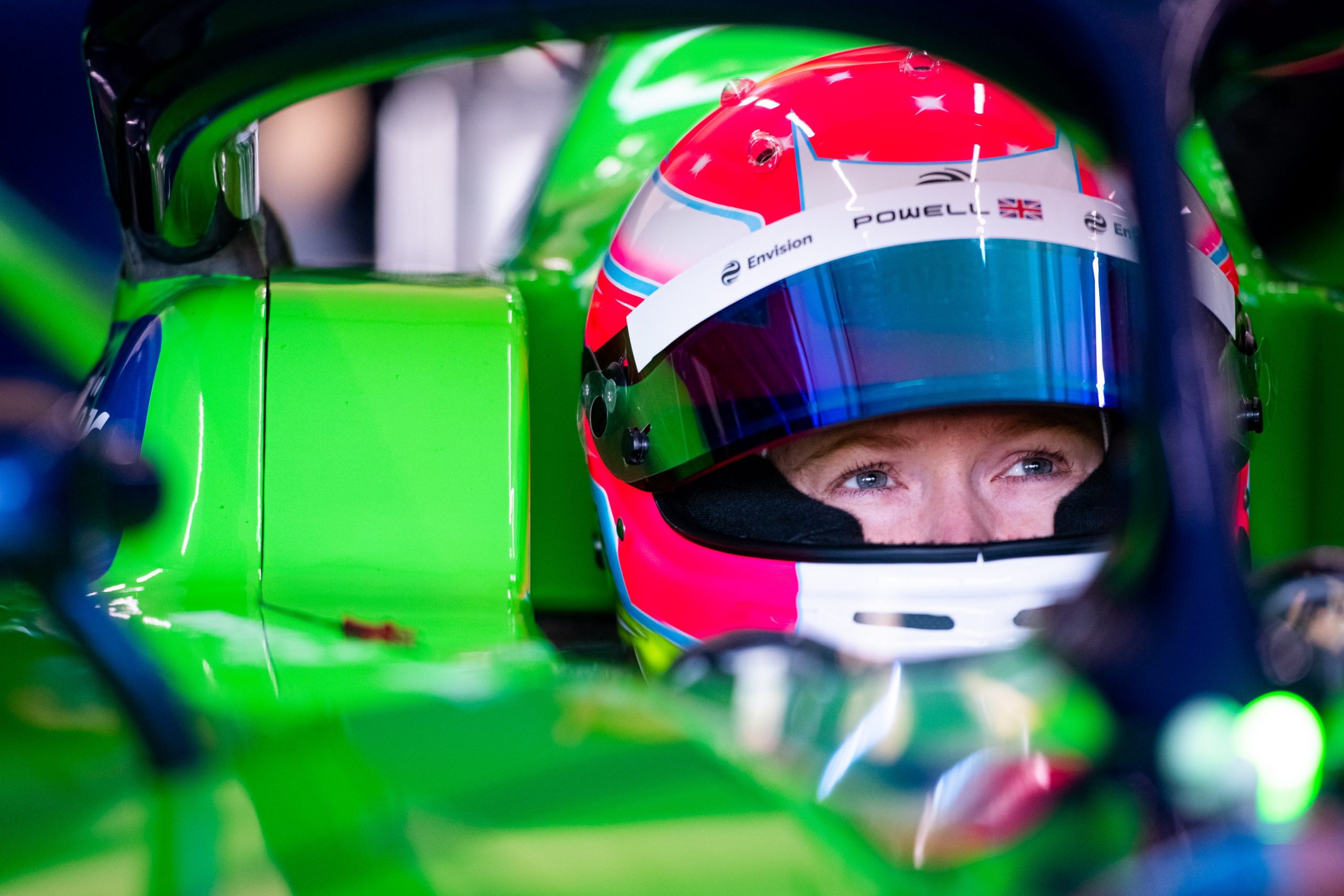 From karting to supporting Envision Racing’s title challenge and being a W Series title favourite, Alice Powell sheds some light on what it is like to be one of motorsport’s leading female talents as the world celebrates International Women’s Day.

Powell is well known to Envision Racing. She tested with the team in 2020 at the official Season 6 rookie test, and her primary role is the team’s official simulator and development driver, in situ to aid the team with testing and development work, as well as race preparation. 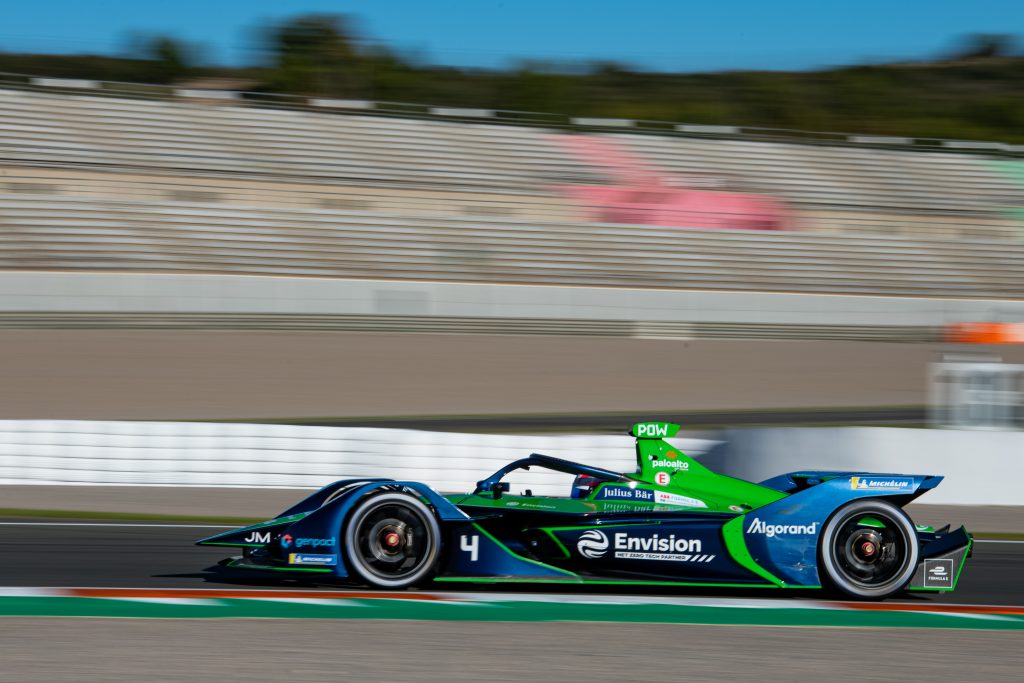 This year, in addition to supporting Envision Racing’s title challenge and working closely with full-time drivers Robin Frijns and Nick Cassidy, Powell will be looking to win the all-female W Series at the third time of asking. Clocking up three race wins, Powell took third place in the driver’s championship after the inaugural W Series season in 2019, and finished runner up in 2021.

Powell will combine her W Series-winning aspirations with helping Envision Racing gain the edge on its competitors in what is already shaping up to be one of the most hotly contested Formula E campaigns since its inception in 2014.

We caught up with Alice ahead of International Women’s Day to get a bit of insight into her plans and hopes for the rest of 2022 and beyond.

You are coming up to a year with Envision Racing, what have been the highlights so far and the main challenges?

There’s quite a few highlights since I joined Envision Racing! Probably the main one would be the first time I drove the car in Marrakesh at the rookie test – getting used to machinery and the basics of driving a Formula E car was really exciting, and I very quickly felt part of the team. On top of that, it has been great working with the guys at the factory.

The main challenges have been getting the race simulator dialled in. There is a lot of learning, getting used to all the new settings and one of the biggest things is the amount of settings on a Formula E steering wheel! There is more to change and monitor on the steering wheel than in any previous series I have raced in.

What are the main differences between driving a Formula E car and an internal combustion engine-powered single seater? 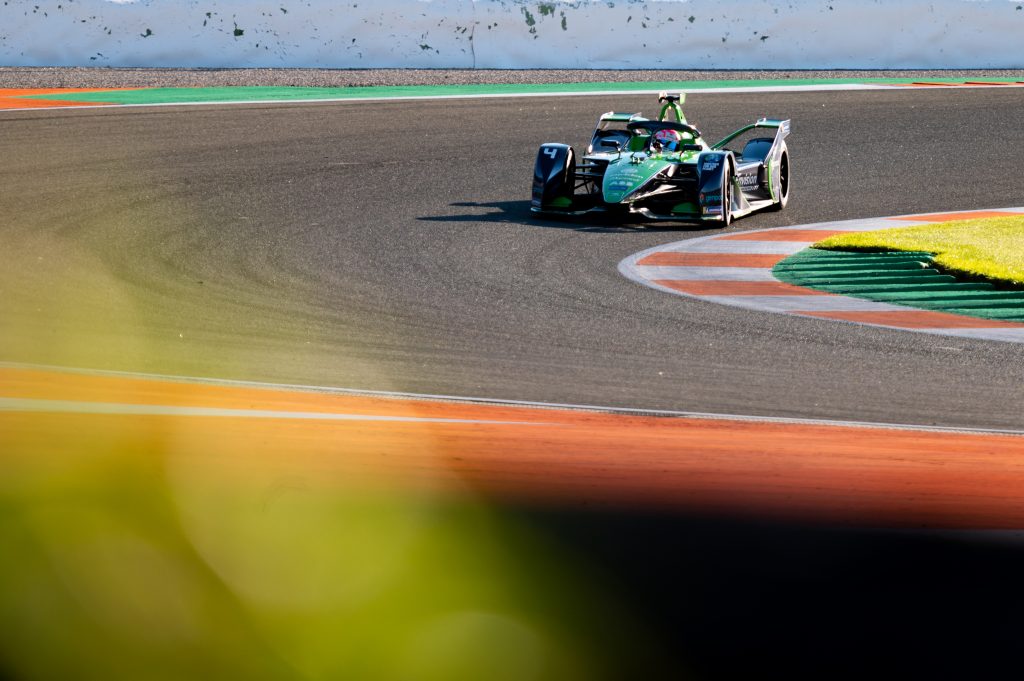 There are a few key differences. With electric-powered cars the torque is instant, and in Formula E you have a lot of energy saving to do, so it is key to take note and listen to the beeps and bops you hear in your ear and make sure that you’re following instructions and saving energy.

At the same time you are pushing as hard as you can, but have to be as efficient as you can. And obviously in the standard, non-electric single seater racing, you can pretty much push as hard as you want in the race as it is very unlikely you will run out of fuel.

At what point in your early career did the gender balance in motorsport start to become either a hindrance, or an inspiration?

From when I started karting there really weren’t many females racing. Believe it or not, I was quite a quiet kid, especially if I didn’t know anybody. So, being around a male dominated sport where literally there was just me and maybe two other girls in the karting paddock, that was a little bit daunting.

You’d get a few comments. One that sticks in my mind was when I hadn’t been racing very long, and we were on the dummy grid, and a dad of one of the drivers said to his son, “now you can’t let yourself get beaten by a girl.” But throughout my career, it’s not really been an annoyance or really an inspiration, I just see myself as going out on track and trying my best.

Generally I haven’t taken too much notice. As I got older and into different teams away from karting and on the motorsport ladder It didn’t really phase me. Obviously you would tend to get more looks from fans and, and people saying things like; “oh, there is a girl racing in the paddock,” but I think things are moving in the right direction now and you’re seeing a lot more drivers, female drivers, mechanics, and people involved at the sharp end of the sport.

More recently, how has the motorsport landscape changed in terms of opportunities for women, whether it be as drivers or access to jobs in the wider sport?

I would say that women’s sport in general is growing and becoming a much more widespread and mainstream thing. From football to motorsport, around the world, I think as a whole women’s sport is moving in the right direction. In terms of motorsport, you see a lot more females, compared to when I started racing.

A lot more schools and colleges are encouraging females to take part, which is obviously great, but it’s also what gets portrayed in the media as well. One positive in terms of increasing visibility of women in motorsport is that quite a few female-run racing websites, Instagram accounts and Twitter accounts are springing up and gaining followers.

Obviously the W Series has really highlighted females in motor sport, as well as encouraging wider interest and involvement from women. Showing this and making it clear how to get involved all over social media helps to show to other young girls that it’s possible to take part in the sport.

Formula W and Extreme E has a gender balance hard-wired into its respective make-up. Does this help normalise attitudes across other series?

The W Series a is unique because it’s an all-female championship, so only females can participate in the series, and Extreme E also has one female per car, and I think it is helping inspire the next generation of female drivers.

It is giving an opportunity for girls to take part in the sport and also showing other females that it’s possible to take part in motorsport as drivers aspire to be there and go beyond the W Series, and I think it’s only done good for encouraging more girls into the sport.

When you first became interested in motorsports and started karting, which drivers did you look up to?

When I was growing up, I would say Michael Schumacher was my biggest, biggest hero. I would always be watching him on TV and cheering for him, and when I had the opportunity to go to some races at Silverstone, I would be cheering him on as well.

What are your goals for 2022 with Envision Racing? 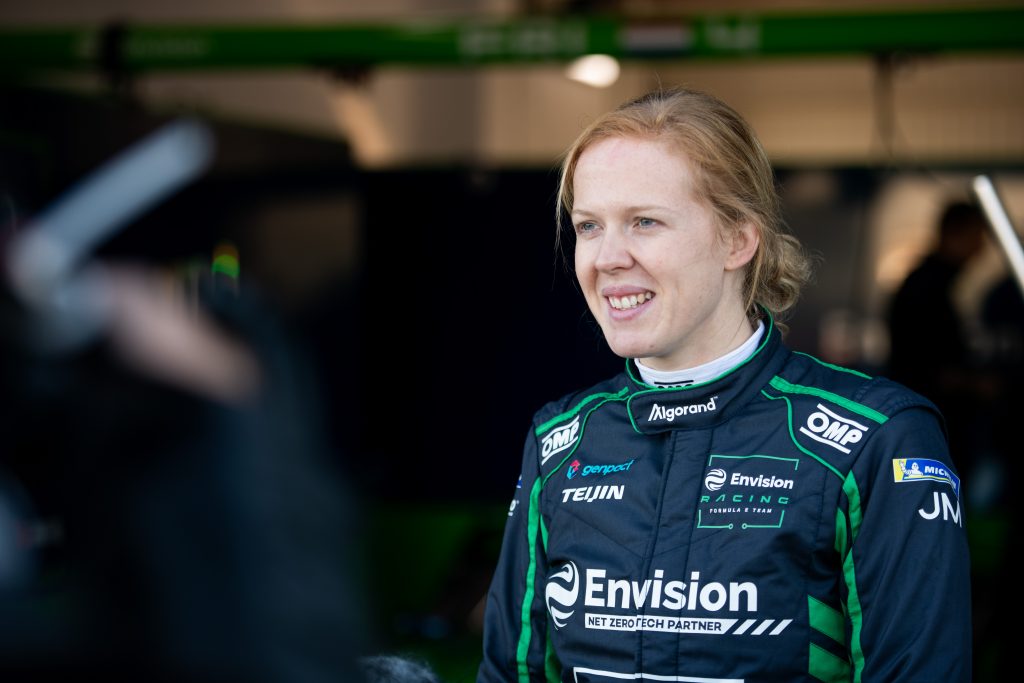 My goals for 2022 with Envision Racing are to help the team as much as I can on the simulator and provide as much support for race weekends. Formula E is one of the most competitive championships out there in motorsport, so anything I can do to help the team is great. We don’t get a huge deal of track time at race weekends, and there’s no in-season testing either, so what we can do on the simulator plays a big part into what could go on during a race weekend.

I definitely want to go one step better than I did in 2021 and take the title! I think it’s going to be more competitive this year than it was in the first two years – it’s going to be extremely tough, but I just need to try and keep consistent.

The consistency was fairly okay last year, apart from round two and the final two rounds of the campaign, so one of the main tasks is trying to work on that, be a bit more consistent, and aside from that just ensure that I am up at the sharp end as much as possible.

From your perspective, how does the future of Formula E look, especially with the Gen3 era on the horizon?

Simply put, it is the future. And the racing is so exciting. I’ve worked with people who are late to Formula E and have never seen a race, and when they finally do, more often than not they absolutely love it because of how frantic the racing is and the element of strategy that can play out with energy usage and the Attack Mode.

So I think the future of Formula E is extremely bright, it is growing in terms of fan numbers, which is fantastic, and I am really excited for the next generation of Gen3 cars.