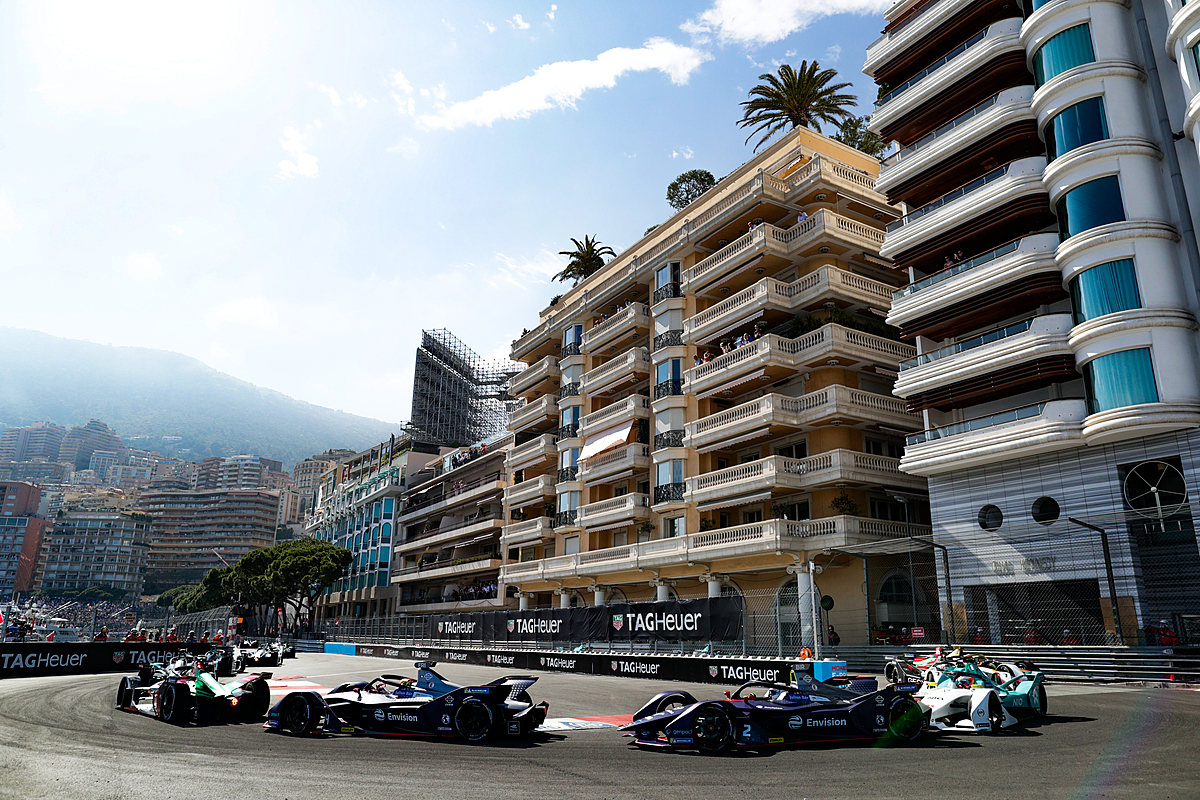 Envision Virgin Racing suffered heartbreak during today’s Formula E Monaco E-Prix after drivers Sam Bird and Robin Frijns drove superbly to work their way through the field and up into the points, only to have their races cut short in the final stages.

Briton Bird showcased his overtaking prowess by coming from 14th on the grid to start the final lap in sixth position, gaining eight places after a series of stunning passes on a track notoriously difficult to overtake on.

However, the 32-year-old was hit in the rear causing a right-rear puncture and forcing him to stop at Rascasse, just metres from the finish line and undoing all of his hard work. That included climbing his way through the field with moves on Lucas Di Grassi around the outside of Turn 3, and dispatching the likes of Alex Lynn, Stoffel Vandoorne and Antonio Felix Da Costa with a series of manoeuvres up the inside of Turn 1.

Meanwhile, team-mate Robin Frijns – who secured his maiden win last time out in Paris – also had his race ended prematurely after working his way up into ninth from 11th on the grid. After earlier making a stunning move on Lynn on the inside of Tabac, the Dutchman used his second Attack Mode to try and pass Alexander Sims, but the two collided at Turn 1, resulting in Frijns’ retirement.

Despite the team’s luckless result, Envision Virgin Racing still lie second in the teams’ championship with just four rounds remaining this season, whilst Frijns sits in third spot in the drivers’ standings with Bird in 10th.

Bird said: “Well, what can I say? After a disappointing qualifying, we had one of the best Formula E races of my career with some great overtakes, strong race pace, as well as battery management. It’s so frustrating it ended up the way it did, and I feel for the team to come away with no points after all that hard work. That’s racing though and we know on another day it would have been a different story.”

Frijns said: “Of course, that was a really disappointing result for us and the team, especially after the success of Paris. We had the pace and were on course for a points finish but it wasn’t to be. The team put in so much effort so it’s also a difficult result for them. Nevertheless, we move on and just look to come back stronger in Berlin.”

Sylvain Filippi, Managing Director at Envision Virgin Racing, said: “That’s a bitter pill for us to swallow but it is motorsport and we don’t always get the results we deserve. The team had worked so hard and Sam and Robin had driven superbly to get us into a strong, points scoring position, so to then come away empty-handed is really frustrating. There’s still a lot of positives to take though from this weekend, and I know we will put it behind us and bounce back.”

The next Formula E round takes place in Berlin, Germany on May 25.