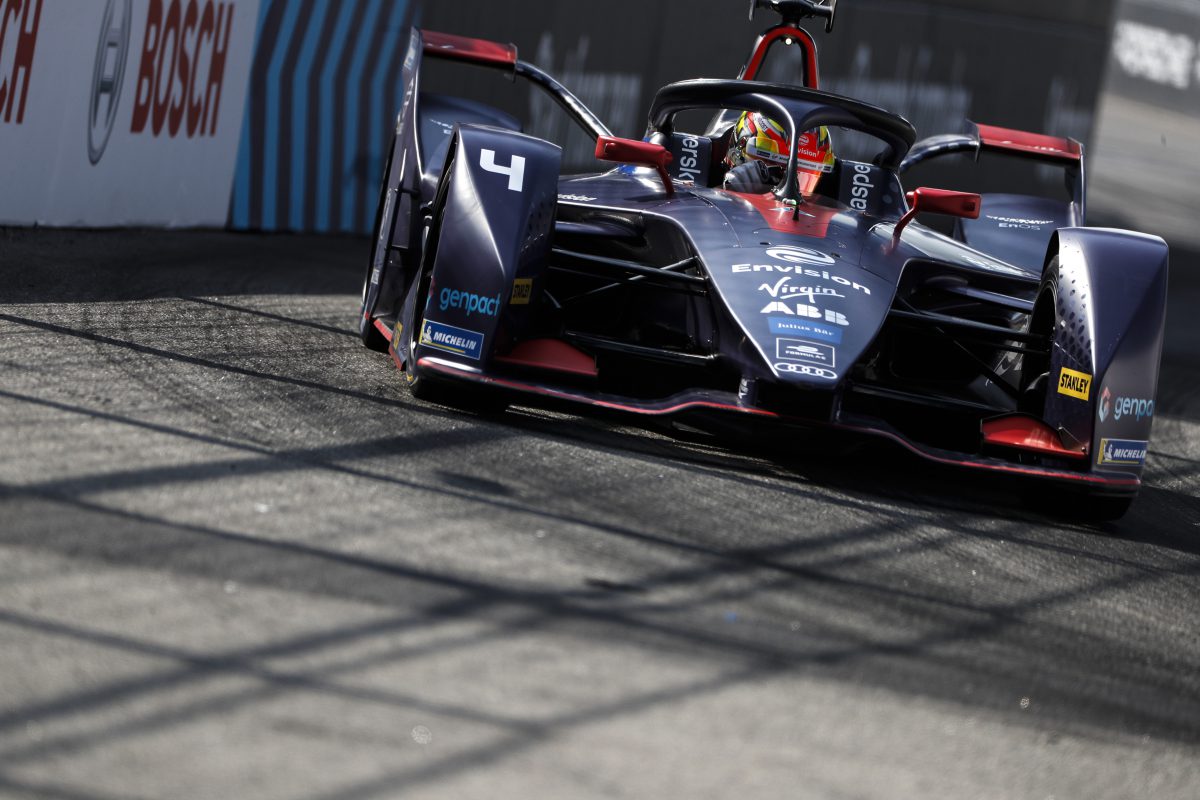 Robin Frijns just missed out on taking provisional pole for the final race of season five in New York by 0.095 of a second in a strong qualifying session for Envision Virgin Racing.

The team saw both Sam Bird and Robin Frijns make it into Superpole after both drivers qualified in group two.

Frijns ended group qualifying in fourth place with Bird in fifth which was enough to make it into Superpole.

Bird took to the track after Sebastien Buemi’s attempt, but a locked up into Turn 9, and his lap wasn’t enough to beat the Swiss driver.

Frijns was next out, and he set a blistering final sector which also saw the Dutchmen nudge the wall at Turn 14 to take provisional pole away from Buemi by 0.017 of a second setting a lap time of 1:09.712.

The 27-year old was able to keep his provisional pole after Daniel Abt’s and Stoffel Vandoorne’s attempt.

But Alexander Sims- who was fastest in group qualifying- took pole position away from Frijns, denying him of his first pole position in Formula E.

But the team are in a strong position to take the fight to Nissan e.Dams for third position in the teams’ standings.

Currently, Envision Virgin Racing are 13 points behind the Japanese team going into the final round of the championship.

Next up for the team is the final race of season five, which takes place at 16:04 (local time). UK fans will be able to watch the race on the BBC Red Button or the BBC Sport website.