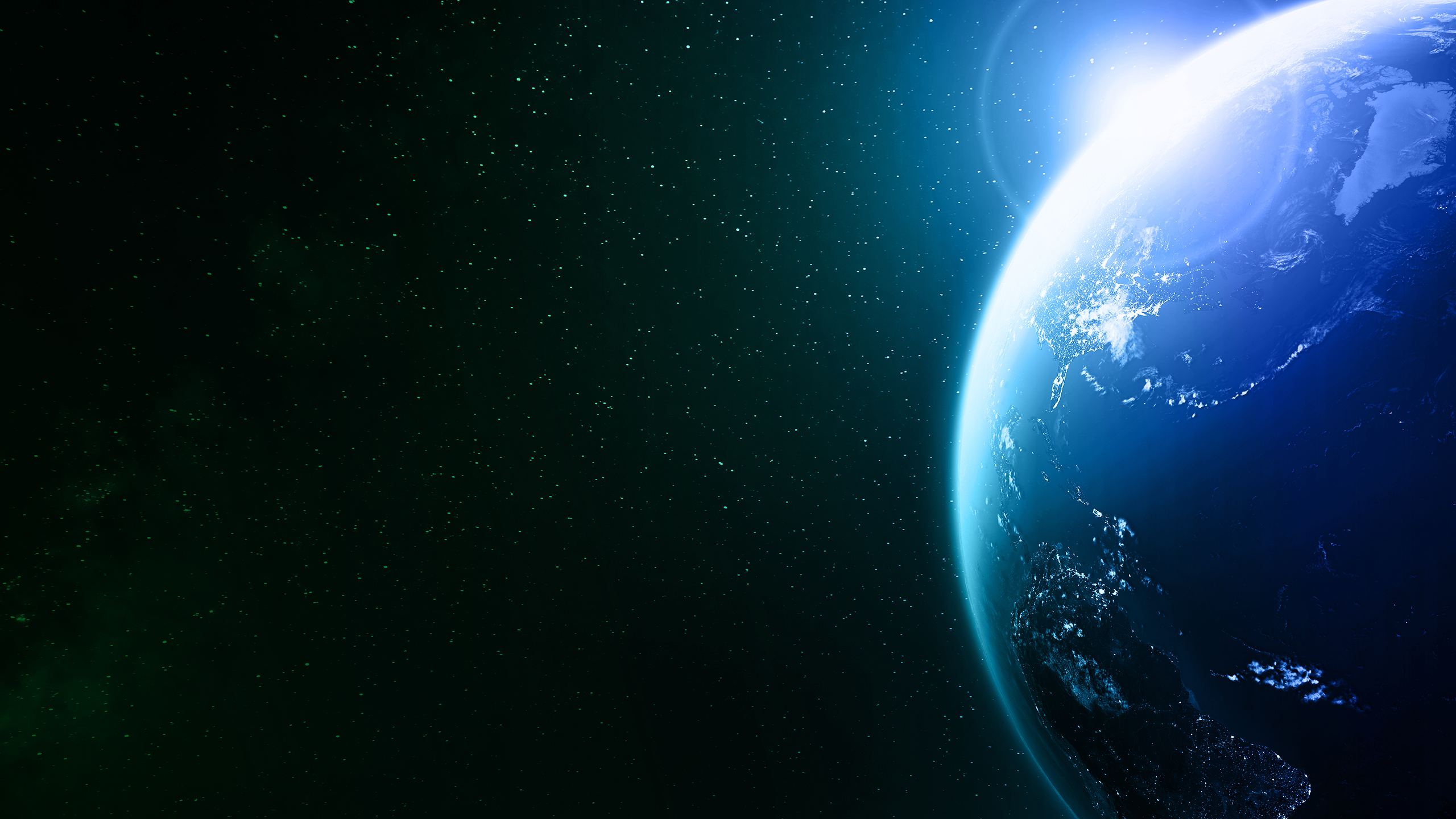 Don't miss out, you can still watch this years most exciting climate change event below.

The science is clear, if we don’t act now, it will be too late to address the climate crisis.


Global road transport accounts for 17% of Greenhouse Gas emissions and it is currently rising. The Zero Emission Vehicles Declaration was launched at COP26 to tackle this and bring an end to polluting vehicles.


Now, six months on, who has signed and what more can be done to accelerate the transition to e- mobility?


On 24 May, Envision Racing, in partnership with TIME magazine and COP26, will convene leading figures from business and government to provide insight, provoke debate and drive action on one of the most pressing topics of our time.


Join us for 60 minutes of thought-provoking discussions.

Six months on from the conference in Glasgow, COP26 President Alok Sharma talks about the Zero Emissions Vehicle Declaration, who has signed up, and what’s stopping others from making the commitment to keeping 1.5 alive.

We urgently need to transition to clean mobility. The COP26 declaration is a huge step in urging the world to decarbonise road transport. How can we put this into action across the world and help keep the 1.5C goal alive?

The Race to an all-Electric Future is on.

Hear from global leaders who are making commitments to go all-electric and calling others to join them in the race against climate change.

Visions for an electric future are turning into reality as battery innovation reaches new levels of success. But are they really sustainable? What will future cars look like and how can they set new standards for people and planet?

He was previously Secretary of State for Business, Energy and Industrial Strategy and President for COP 26 between 13 February 2020 and 8 January 2021.

He was previously Secretary of State for International Development from 24 July 2019 to 13 February 2020, and Minister of State for Employment at the Department of Work and Pensions from 9 January 2018 until 24 July 2019.

He was Minister of State for Housing and Planning, for the Department for Communities and Local Government from 13 June 2017 to 9 January 2018.

Kristen Siemen helps to lead General Motors to a future with zero emissions as the company continues to take bold actions against climate change, including GM’s commitment to become carbon neutral in its products and operations by 2040. In her most recent role as executive director, Global Energy Strategy, Certification, Compliance and Test Labs, Siemen led a cross-functional leadership team responsible for setting corporate energy strategies, including the introduction of fuel economy improvement technologies as well as initiatives aligned with GM’s vision of a zero emissions future. Siemen is also passionate about promoting inclusion and gender equality. She was instrumental in creating GM’s career reentry program, “Take 2,” serves as GM’s key executive for the Society of Women Engineers and is the co-lead for the GM Women Ally Program. Siemen also serves on the Board of Advisors for Catalyst and the Oakland University School of Engineering & Computer Science Advisory Board, where she received both her bachelor’s and master’s degrees in Electrical Engineering.

Amitabh Kant is presently CEO of National Institution for Transforming India (NITI Aayog). He is a member of the Indian Administrative Service, IAS (Kerala Cadre: 1980 batch). He is the author of Branding India-An Incredible Story and has edited “The Path Ahead- Transformative Ideas for India”. Kant has been a key driver of the “Make in India”, Startup India, “Incredible India” and God’s Own Country” initiatives that positioned India and Kerala State as leading manufacturing and tourism destinations. These campaigns have won several international awards and embraced a host of activities – infrastructure development, product enhancement, private-public partnership and positioning and branding based on extensive market research.

Amitabh Kant has been the Chairman & CEO of the Delhi Mumbai Industrial Corridor Development Corporation (DMICDC). The Delhi Mumbai Industrial Corridor (DMIC) is being developed by the Government of India as a global manufacturing and investment destination supported by world class infrastructure and enabling policy framework. The DMIC project is aimed at the development of futuristic, smart industrial cities in India which will converge and integrate next generation technologies across sectors. The DMIC cities will address not merely the urbanization requirements of India, but with manufacturing as the main economic base, will also contribute significantly to the economic growth of India.

In his capacity as Secretary (Department of Industrial Policy and Promotion) Govt. of India, he vigorously drove the Ease of Doing Business initiative and ranking of States on outcome parameters. These initiatives have led to India making a quantum jump in the World Bank’s Ease of Doing Index and enabled Indian States to compete in the spirit of competitive federalism. He is the Chairman of the Committee to implement Digital Payment in India.

Amitabh Kant did his schooling from Modern School, Delhi, graduation in Economics (Hons) from St. Stephens, Delhi University and M.A from Jawaharlal Nehru University. He is a Chevening Scholar. He has also undertaken a mid-term course with John F. Kennedy School of Government, Harvard University and Indian Institute of Management (IIM), Ahmadabad.

Secretary of State for Transport

The Rt Hon Grant Shapps was appointed Secretary of State for Transport on 24 July 2019. He was Minister of State at Department for International Development from 11 May 2015 until 28 November 2015. He was elected the Conservative MP for Welwyn Hatfield in 2005.

Anders Kärrberg was born in 1959 and holds a Masters in Mechanical Engineering from Chalmers University of Technology in Gothenburg, Sweden. Over the last 35 years, he has served in various positions at Volvo Cars including in engineering, strategy development, government affairs and communications. Since 2019, he has been Head of Global Sustainability, which involves defining corporate strategies and targets as well as ensuring their implementation. Anders also serves as a delegate to the Swedish Government´s Delegation for Circular Economy.

John Simons is an executive editor at TIME, where he oversees U.S. national news, business and technology coverage. Prior to joining TIME, John held several managerial positions at the Wall Street Journal, including deputy health and science editor, international energy editor, and deputy bureau chief for the management & careers team.

Before his time at the Journal, he was business editor at Newsweek/IBT Media and technology and media editor at The Associated Press.

Earlier in his career, John was a staff writer at Fortune magazine for nearly a decade, where he covered biotech, pharmaceuticals, and technology-related industries. He wrote about a range of other topics at Fortune, including U.S. immigration reform; the insurance industry’s early embrace of climate change; and he won a Salute to Excellence Award from the National Assoc. of Black Journalists in 2007 for a first-person story about taking the first publicly available DNA test that allowed Black Americans to discover genetic links to their African ancestors.

In 2000, he was a Markle Fellow at the New America Foundation, where he focused on technology policy and economic opportunity in the digital age. John got his start as a professional journalist as an economic policy reporter at The Wall Street Journal, and as a senior editor at U.S. News & World Report. He is a graduate of Northeastern University and lives in Montclair, New Jersey with his wife and daughter.

David Garrido is Sky Sports presenter with more than 20 years’ experience in the industry. He’s passionate about telling sports and sustainability stories on-air, and plays a leading role at Sky, normalising the conversation around climate and genuinely driving positive change.

Last year, David fronted ‘the most sustainable Transfer Deadline Day ever’ in February, then
hosted an electric-vehicle road trip takeover day in July to launch Sky Sports’ Summer of Sustainability, and also released a football-and-sustainability podcast/vodcast series called ‘Playing For The Planet’ in September, speaking to several current and former footballers who advocate for climate action. That led into ‘Game Zero’, the world’s first ever net zero carbon football match at elite level between Spurs and Chelsea at the Tottenham Hotspur Stadium – David was a roving reporter reflecting the sustainability initiatives on the day.

David appeared at COP26 in November, chairing a panel with 3 sporting MBEs for Sky and also hosting an event for GEO Foundation for Sustainable Golf. He is currently making a documentary on football and the climate crisis, due for release this summer, and is also planning a second series of Playing For The Planet, which airs in the second half of this year.

Sylvain has been working at the heart of the global transition to e-mobility throughout his career. Fascinated by the disruptive potential of technology, he set up the EV Cup in 2009, the world’s first circuit race series for zero emission electric vehicles, before going on to become a founding member of the Envision Racing Team.

Now in his 8th season with Envision Racing, Sylvain combines his technical and commercial leadership with an ambition to accelerate the adoption of renewable energy, smart grids and electric vehicles to reduce the impact of global warming. He runs the Race Against Climate Change as part Envision Racing’s sustainability commitment, helping millions of fans across the world to take climate action.

Sylvain is the elected Chairman of the Formula E Teams and Manufacturers Association (FETAMA).

Married with two young daughters, Sylvain is based in England at the teams state-of-the-art facilities in Silverstone.

A selection of key times for RACC LIVE 2022 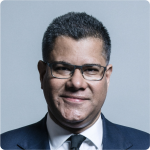 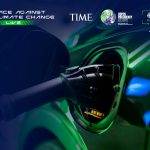 The Race to an all-Electric Future is on. 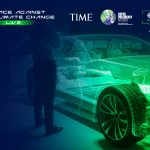 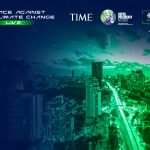